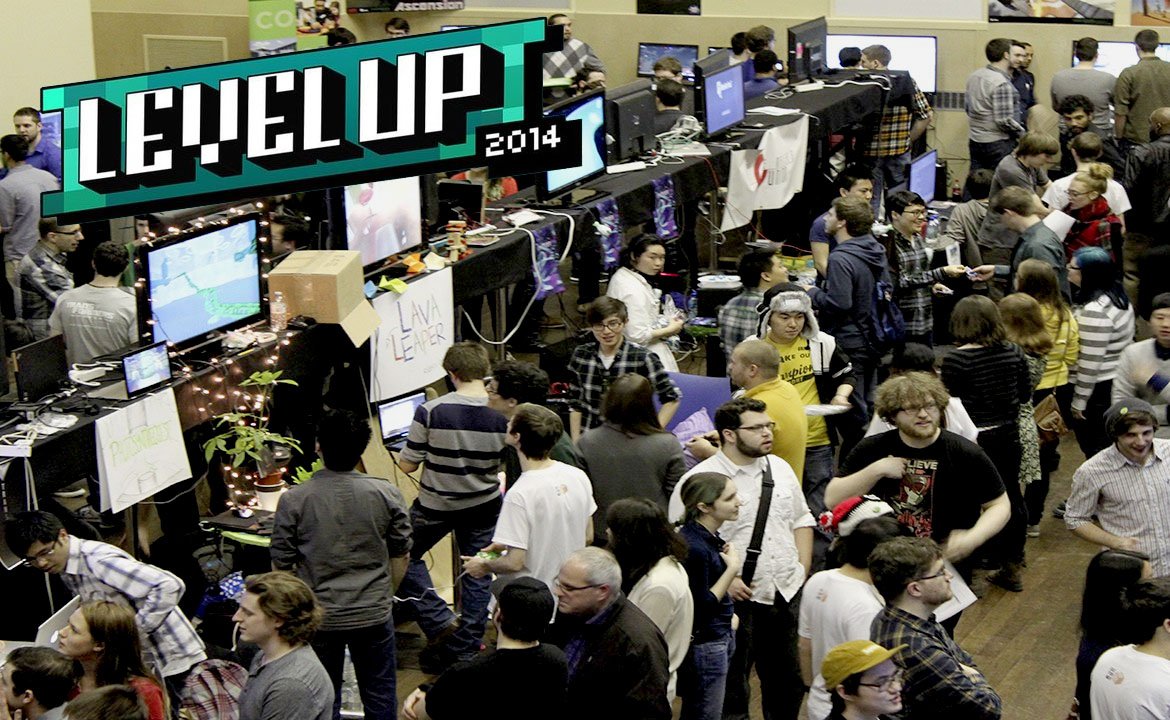 As the pouring rain pounded the cement outside Bay Street in downtown, Toronto, inside was a look into the future of the videogame industry. That is because some of the best up-and-coming game designers were showing off their work at Level Up.

Level Up is a yearly event where the best game design from students across Ontario get a chance at industry exposure. It started as a collaboration between two institutions, and has since expanded to 16. Professors choose the games after students pitch their ideas, the best ones make it to the event. It’s meant for the students to show their best work to the public, and see what was liked or disliked, so they can eventually improve. It’s almost like an E3 for up and coming talent. “The idea is to make everyone better at making better games,” says Emma Westcott, one of the co founders of the event.

The way they help students make better games is by having some industry minds take a look and give feedback. Splinter Cell Conviction and Splinter Cell Blacklist creative director Maxime Béland, was there to judge. Béland was looking for something fresh, with tight controls, and a well thought out theme. He had the chance to look at the games before the event, so he judged the progress the students made as well. While he was there to grade the games, he also used his experience to help guide the students. He found that was one issue with the games, they try to do too much. He believes that the developers should focus on what makes the game strong, and put the weaker ideas on the backburner. “When you’re making a big Assassin’s Creed or Splinter Cell game, we have the same problem these guys have” says Béland, “we want to make too much for the time we have.”

One of the games awaiting feedback was Dark Echoes. The game was developed by a group of students who are now Sheridan College alumni. It’s a first person adventure where the protagonist is stuck in a cave and escapes using echolocation powers, similar to the Marvel comic superhero Daredevil. Taking inspirations from survival horror games like, Alan Wake and Amnesia, the developers heard the same kind of message from their teachers. “That’s something we were warned about when… making this kind of game,” says Mike Deveau, who worked as a level designer for the game, “[they told us] it was going to be a lot of work.”

It’s experience that’s invaluable, something the students can take with them to transition from school, to the workplace. But for the former Sheridan College students, it was a full time job. They worked on the game outside of class until they felt they could show it to someone like Béland. “We start off with a regular 40 hour week,” says former student Roman Vernik, who worked on the game as a developer, “and more and more as we got closer and closer.”

For a company like Ubisoft, it was a chance to scope out potential talent. The publisher opened its doors in Toronto four years ago. They also offer a graduate program where one student can get the chance to work at Ubisoft Toronto for one year, and work another year at one of their other studios worldwide. For some of the students, it’s a chance to network and connect to those in the industry. For others, it was a chance to gauge where they’re at compared to others.

One student with that outlook was Mirza Beig, a fourth year University of Ontario Institute of Technology student. He was there to show a game he made himself, Retroid 3D. Taking inspiration from wall runner flash and music games, Beig created an experience that didn’t need a controller. Players steer a spaceship through a tight corridor, blasting whatever gets in their way. All of this is done to the beat of a song of the players choosing. Working alone came with challenges. “There were a lot of times I wanted to ask my friends for help,” says Beig, trying to talk over the blaring music from his game. “If I didn’t pull myself out, no one will.” Some last minute changes came to the play style. Originally, the game was designed for a keyboard, but before the event he added Leap Motion, a sensor for the motion controls.

Each student wants to create something that stands out, there’s a bit of a competitive edge to the event, but a lot of collaboration went into it. The main organizers spanned from three different institutions worked to raise around $30,000 to get this together. “The [competitive nature] is mostly between the students… they want to out do the other schools,” says Andrew Hogue, one of the event organizers. “But what I find with the organizing team, is that it’s a very collaborative process, we want to see the best of the best.”

The collaboration worked out for the benefit of everyone there. For Béland, it’s a chance to surround himself with some youthful energy. Their passion and excitement for the industry helps him keep a fresh mind for his work.

“Sometimes with experience… we get comfortable,” says Béland, “I never want to be comfortable.”