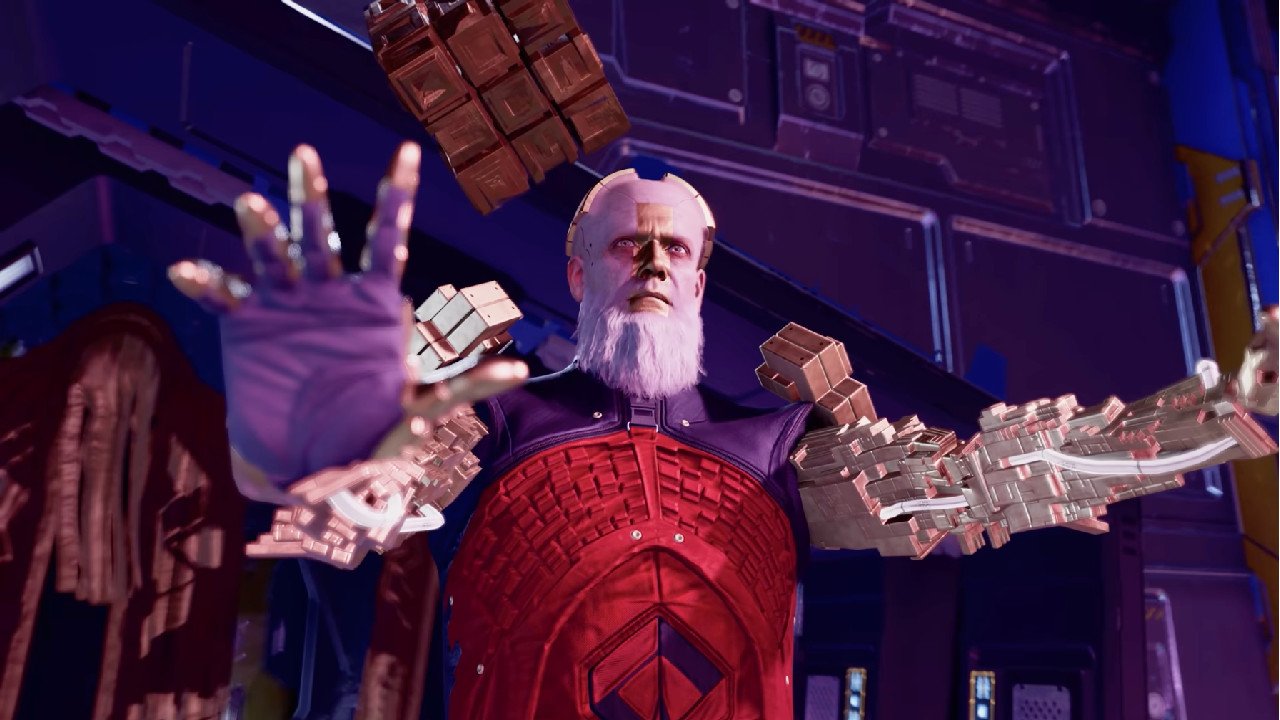 In anticipation of Marvel’s Guardians of the Galaxy, Square Enix has released a new cinematic trailer that reveals a new character and that the game will support ray-traced reflection and Nvidia’s DLSS technology.

The brand-new trailer showcases the Guardians of the Galaxy meeting the Grand Unifier Raker, who doesn't seem like a huge fan of our heroes and their antics. We don't just get a look at him, but who he is and what he's about too.

“Meet Grand Unifier Raker, the leader of the Universal Church of Truth, a mysterious organization intent on bringing their so-called “Promise” to the whole galaxy. Self-righteousness ain’t gonna fly with the Guardians of the Galaxy. Will they live up to their name?” Square Enix says, describing Raker.

Marvel’s Guardians of the Galaxy was officially announced during Square Enix's E3 conference and is being developed by Deus Ex studio, Eidos Montreal. Unlike Marvel's Avenger, Marvel’s Guardians of the Galaxy is a third-person, single-player, story-driven adventure. You are put into the shoes of as the guardian's self-proclaimed leader, Star-Lord aka Peter Quill where you'll issue commands to your fellow Guardians in combat.

Fans of James Gunn's original MCU movie will notice that the Guardians don't look that similar to their film version. Eidos' approach to character designs is to bring the best elements of both films and comic books as a celebration of the characters we love. The designs not being a straight copy and paste job is appreciated.

In the game, Star-lord uses his blasters in both melee and long long-ranged attacks. You will also be able to pull up a command wheel in mid-combat to issue orders to the other Guardians. The game also features Mass Effect-inspired player-driven dialogue choices as Star-Lord, which slightly alter the path of the story through the player's decisions.

While Marvel’s Guardians of the Galaxy was announced not too long ago, you won't have to wait too long to play the game as it is releasing on October 26th for PC, PS4, PS4, Xbox One, Xbox Series X|S and Nintendo Switch (via the cloud).