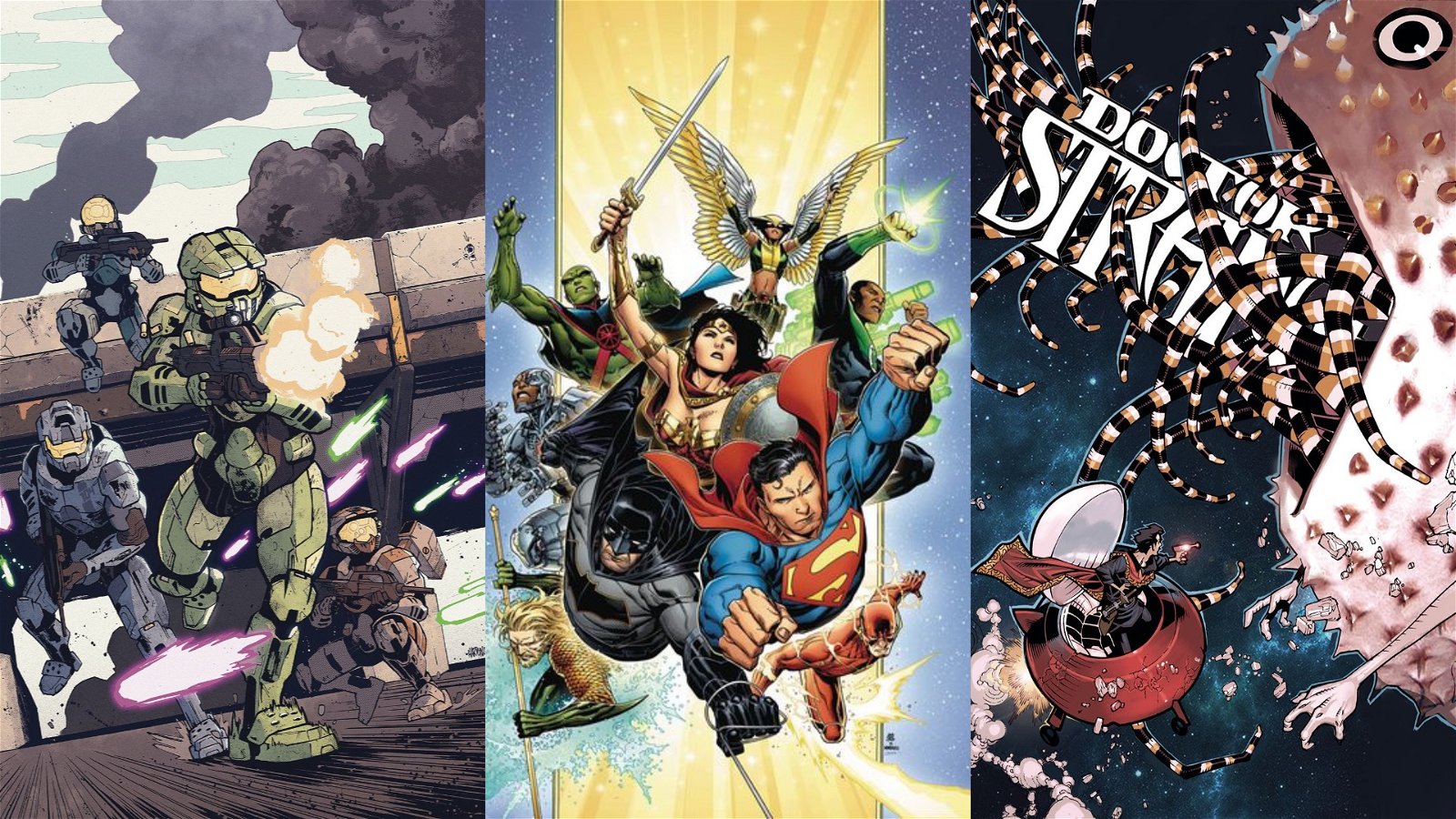 This week, the Best Comics to Buy list features exclusively #1’s! From Scott Snyder and Jim Cheung’s Justice League to Skottie Young’s Deadpool, there are a number of exciting books coming out this Wednesday. 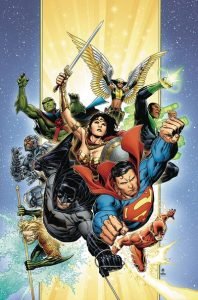 DC Comics has shown a recent knack for pickpocketing Marvel creators and setting them free on their publishing line. In Justice League #1, this trend continues as artist Jim Cheung makes his DC Comics debut, alongside writer Scott Snyder. Cheung is one of the top artists in the industry today, and he has worked on a variety of Avengers titles, which makes him a perfect fit for this team book.

As for the actual series, the story picks up after the events of the Justice League: No Justice miniseries, and while that series was mediocre, this series is still very much an exciting one. The main reason for this excitement, besides the creative team involved, is very much the characters appearing in this story. Not only do we get to see the return of Martian Manhunter to the mainline Justice League book, but this title’s first arc will also pit the Justice League against the Legion of Doom. Hopefully, this series takes some nods from the past and takes place deep in a dark and dismal swamp. 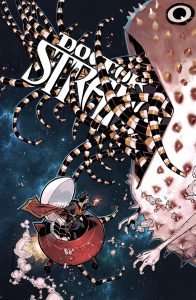 Fresh off of his role in the recent Avengers: Infinity War film, the time seems right for a new Doctor Strange ongoing series. Similarly to the recent Black Panther series, this book takes Doctor Strange away from his familiar earthly setting and rockets him into the deep confines of space.

Given Strange’s power set and mythology, this change of scenery makes a lot of sense, and it will be interesting to see what sort of hijinx he will get up to. This book also gives writer Mark Waid a chance to flex his creative muscles and given his pedigree when it comes to bold new directions, this is a series that readers won’t want to miss. 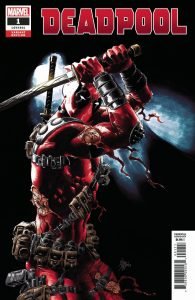 Scottie Young may be best known to Marvel fans for his variety of cartoonishly-violent variant covers, but it’s not only his art that impresses. Over at Image Comics, Young is the writer and artist of a series called I Hate Fairyland, which is a mature audiences comedy book that is equal parts hilarious and extremely gory fun. Since comedy and gore are the two tentpoles of Deadpool comics, it seems more than fitting that Young is writing this book. Also, given the recent funk of Marvel’s Deadpool comics, this new creative team is even more timely. 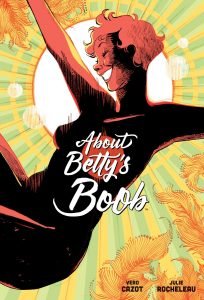 The most intriguing book on store shelves this week doesn’t feature superhero action or an over the top plot, but it is a heroic tale nonetheless. I’m talking of course about About Betty’s Boob, an original graphic novel from Boom Studios, that takes a thoughtful and surreal look at a woman’s fight with breast cancer.

Within the first few pages of the book, the main character Betty loses her breast, her job and her man, and yet somehow this is still going to be the best day of her life. As for the book’s format, it is mostly told without words and through sequential art instead. And having read a fair amount of this book, it’s clear that creators Vero Cazot and Julie Rocheleau have created something special and poignant. 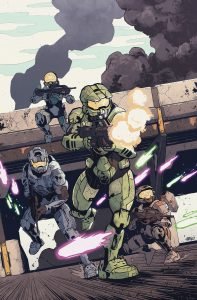 Written by: Alex Irvine
Art by: Dave Crosland
Published by: Dark Horse Comics
The lore of Halo is very rich and very complicated. From the mainline video games to the tie-in novels and the various comic series, there is a wealth of stories set in the game’s universe that add to the overall experience. This week marks the start of a brand new Halo comic series entitled Halo: Collateral Damage #1, and if the solicits are to be believed then this is the start of some good old Halo fun.
The story follows everyone’s favourite character, Master Chief as he and the Blue Team are deployed to a human colony world in order to stop the Covenant. The problem is that they are hopelessly outmatched and will have to team up with a small rebel group in order to have any hope of surviving and completing their mission. While it may not be the most unique concept, it does harken back to the core of Halo: plucky soldiers facing insurmountable odds, and that’s exciting in its own right.

Liked this article and want to read more like it? Check out some Top Notch Graphic Novels and our interview with Cover Artist Michael Walsh.