What Thanos Wants, Thanos Gets 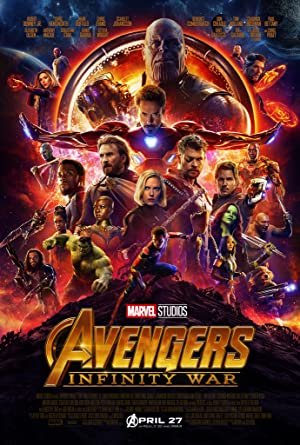 After the events of Avengers: Age of Ultron, Marvel Studios moved into Phase Three of their ever-expanding cinematic universe, fragmenting the relationships between Earth’s mightiest heroes all while growing its roster of powerful and relatable characters in the process. However, developing in the background for nearly a decade’s worth of heroic adventures lies the reveal and location of the six Infinity Stones. No matter how brief or lengthy their appearance, each of these stones has impacted this fictional universe in numerous ways. Now true believers worldwide finally get to see this lengthy quest for power conclude in the catastrophic showdown known as Avengers: Infinity War.

After making numerous appearances and cameos, Josh Brolin’s Thanos is set to take centre stage and commands the silver screen with the presence of a tyrant. His objective is simple: find the Infinity Stones and use their assembled power to erase half of all life in the universe, putting it back in “perfect balance”. While this is an Avengers film through and through, Thanos is the central pillar of it and the one who the audience spends a majority of the time following as he hunts down the Stones with his Black Order of generals. This time, however, is justly needed as it gives the audience time to explore the layers that make up this threatening villain and his complex origins. Compared to the comics, Infinity Wars’ Thanos is a much different character. No longer obsessed murdering for sport or pleasing the physical manifestation of Death like he is in the comic canon, this Thanos believes what he’s doing is a righteous cause and draws inspiration from personal experiences. To say Thanos is the best villain to date in Marvel Studios’ cinematic history is definitely within the realm of possibility. At the very least, it’s safe to say his character was worth the wait and leaves a lasting impression on the viewer.

Our beloved heroes are delegated to a different objective, playing the most dangerous game of keep away in history with the most powerful being in the galaxy, as they try to hide and defend the few remaining Infinity Stones they can. This takes form in the audience following three key perspectives, the renegade Steve Rogers (Chris Evans), the always egotistical Tony Stark (Robert Downey Jr.) and the vengeful God of Thunder, Thor (Chris Hemsworth). The rest of the rich roster of Avengers and future draft picks split off between these core three heroes, providing them with powerful reinforcements and enriching their strategies. That doesn’t mean that Black Panther (Chadwick Boseman), Spider-Man (Tom Holland) or the Guardians of the Galaxy are now merely bit players this time around. Each hero and fan favourite side character in Marvel’s cinematic library gets their time in the spotlight of this chaotic, yet visually stimulating, spectacle.

And yet, at the same time, this massive ensemble of heroes is also one of the greatest weaknesses within Avengers: Infinity War. Juggling over 30 characters is a difficult job for any crew, but Anthony and Joseph Russo’s competent directorial skills mitigate most of the damage. Just don’t be surprised if some characters are relegated to delivering more quips and mindless action instead of adding something of substance to the overall plot. Without Stephen McFeely’s excellent screenplay though, I feel all of these entangled threads would have been much harder to follow. Every key sequence of intense action, hilarious interactions and emotional resonance is placed in the perfect spot and every moment produced the appropriate reaction within the theatre. The only weakness that actually took away from my viewing experience of Avengers: Infinity War was Alan Silvestri’s mediocre score, which was surprising to see out of this talent. To be painfully honest, it felt too reserved and safe. Many of the worthwhile tracks are placed in the proper spot to elevate the scene further, but I found most bled into one other to deliver a rather bland or all too familiar tone to the overall film.

Despite that, Avengers: Infinity War is sure to impress every devout MCU fan. Every actor brings their A-game to their performance and even the special effects teams have redeemed themselves with this MCU entry, delivering the top tier quality of CGI action audiences have missed in the recent films. But the true cherry on top is just how much action there is and how fun it is to watch in amazement as the events unfold before my eyes. While I’ve reserved myself from spoiling even the smallest of details for moviegoers this weekend, I’m interested to see how audiences respond to the ending of Infinity War because everyone had something different to say while they were walking out. I was simply left in awe of what this movie was able to do and I’m more excited for what’s to come over the horizon.

Avengers: Infinity War is sure to impress every devout MCU fan with A-class performances and non-stop action. I was simply left in awe of what this movie was able to do and I’m more excited for what’s to come over the horizon.
REVIEW SCORE
9
File Under: Avengers: Infinity War, Chris Hemsworth, Chris Pratt, Disney, Marvel, Robert Downey Jr, Scarlett Johansson, Tom Holland