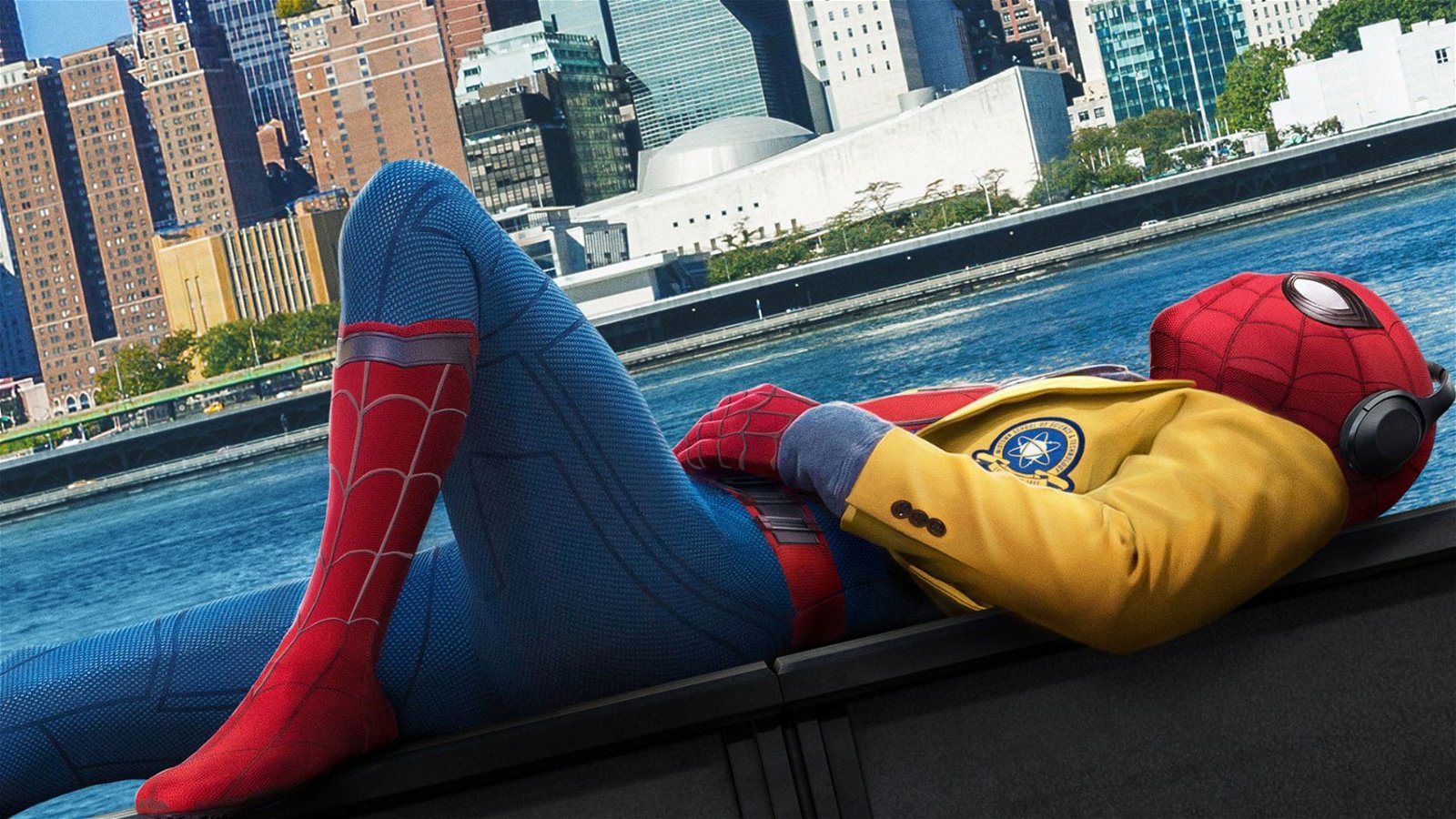 It wasn’t that long ago that Sony rebooted Spider-Man rather terribly and it started to feel like Marvel’s flagship hero might be the only one stuck in crap movies. Thankfully, wiser heads prevailed and ol’ webhead found himself invited into the MCU. Even better, after a crowd-pleasing swing through last summer’s Captain America: Civil War, the kid in the tights now has his own movie and it’s easily the finest cinematic treatment of the character since Sam Raimi delivered one of the greatest superhero movies of them all in Spider-Man 2. Sure, it’s not perfect. There are some standard MCU problems, a little bloat, and a few other wiffs. But for the most part, Jon Cop Car Watts’ blockbuster is a damn delight, especially in how it brings the character back down to earth to truly feel like a friendly neighbourhood Spider-Man and not a New York saviour required to prevent the city from blowing up every few years.

Things kick off rather adorably with a home video account of the superhero Civil War mash-up as shot by the distinctly teenage Peter Parker (Tom Holland) from the sidelines. He’s dropped off back in Queens by Tony Stark (Robert Downey Jr.), congratulated for helping out in the battle royale, and then left to his own devices. So in between attending class, nerding out with his best bud (Jacob Batalon), ogling his crush (Laura Harrier), dodging his bully Flash (Tony Revoli), and hanging with Aunt May (Marisa Tomei), Parker does a little Spider-Manning. It’s mostly neighbourhood based, helping people out and stopping the occasional robber. He may have extraordinary powers, but this Spidey is hardly polished. He’s as awkward in his heroics as he is in a high school hallway and that’s a refreshing twist on the superhero genre. Things take a turn when Parker stumbles onto a weapons smuggling operation in his own town. It’s run by Michael Keaton’s version of The Vulture, an opportunist who steals alien weaponry while cleaning up disaster sites left over from the first Avengers. He turns laser guns into profit for his family while flying around being a bad guy. It’s another one of those baddies that Tony Stark inadvertently created, so it only makes sense that Iron Man is here too, helping pass the torch to a new MCU star.

There’s a lot going on in Spider-man: Homecoming, to the point that it’s no surprise that there are no less than six names credited to the screenplay. The film establishes a new Spidey (though mercifully without a new origin tale), continues Tony Stark’s endless MCU arc, folds this character into ongoing Avenger narratives, weaves a surprisingly believable tapestry of high schoolers and that a associated drama, and then also crams in a classic Spider-Man vs. Big Bad plot. It shouldn’t be too surprising to learn that the latter element gets the least satisfying attention. The MCU has never been good at villains and for the sake of avoiding repetition, they’ve used one of the least interesting names in the Spidey rogues gallery. The Vulture was never a particularly great villain, just a classic one dating back to Stan Lee’s tenure. While he’s been completely re-written to feature a new ground-level superhero clean up origin and twisted family man dynamic, there’s little depth here. Thankfully, Michael Keaton remains as eccentrically charismatic as always, so it feels like there’s some character there whenever he’s at his most Keaton-y. But there’s not much really. He’s mostly just a script function to facilitate action scenes.

What works best (thankfully) is Spider-Man himself. Dialing back to the original appeal of the character Stan Lee created oh so many moons ago, this Spidey is an everyman (or an “every teen” to be more accurate). He’s a kid with extraordinary powers that is just as unpolished in wielding them as he is flirting with girls, dealing with adults, or accepting the responsibilities of daily life. Tom Holland plays Parker/Spidey as a bright bouncing ball of optimism and awkward elbows. He’s as lovable as much for how he screws up as how he saves the day. The action staged by John Watts is thrilling and colourful and designed to take advantage of all the blockbuster tools. Yet it’s comparatively small when stacked up against an Avengers clustercuss. The movie is more about Parker’s personal struggle and the ways that Spider-Man is coming to terms with his powers and responsibility (though thankfully without ever saying those words). That’s about as charming and relatable as a movie about a kid with superpowers could possibly be. It was the perfect choice. There are also just enough Tony Stark and MCU references jabbed in. Downey gets to spit out Stark-snark speak and play the mentor role that Reed Richards always provided Spidey in the comics. Yet he never dominates the movie. He just whisks in and out (in his iron suit or not), scores laughs, saves lives, imparts advice, and leaves before this thing ever becomes anything other than a Spider-Man movie.

The high school drama is also handled well. It’s not an Archie morality play like the Sam Raimi movies or an overblown melodrama like the Marc Webb failures. It plays more like contemporary John Hughes with superpowers. The characters are all archetypes, but they are lively, quirky, credible, and relatable. More importantly, the high school shenanigans are hilarious rather than weepy. The film plays as much as an awkward pubescent nerd comedy as it does a superhero blockbuster and all the plotlines that don’t involve superhero tights are as delightful as the ones where stuff blows up. There’s a tricky balance to a good Spider-Man story that juggles the day-to-day life of Peter Parker with his spectacular heroics and Spider-Man: Homecoming slots perfectly into that sweet spot. You care about it all, you giggle and swoon at it all, and you don’t really notices how overstuffed this 2+ hour movie can feel because it’s all too much fun.

Ultimately, the flick is more of a lark and a pilot project for a new Spidey universe than anything else. Yet, that works just fine here. Spider-Man has already been the biggest and most spectacular hero in blockbusters before and he will be again. For now, it’s nice to be reminded how lovably troubled the boy in the Spider-Man suit can be. He’ll have time to grow into a more iconic hero protecting all the streets and skyscrapers of Manhattan. The biggest miracle accomplished in Spider-Man: Homecoming is that somehow, two reboots later, it’s actually exciting to consider the prospect of watching him grow into that hero again. That shouldn’t have been possible, but Marvel did it. Now let’s hope that Sony doesn’t screw things up again. They’ve got Spidey back now, so they’d better treat him with respect.

Spider-Man is back and more charming than he’s been in over a decade. Welcome home lil’ guy with big powers. You’ve been missed. 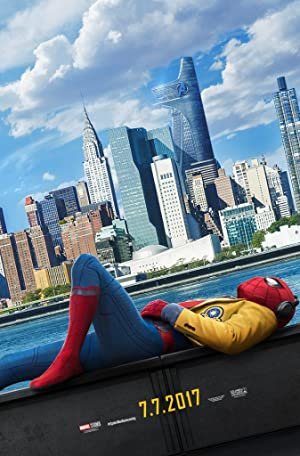