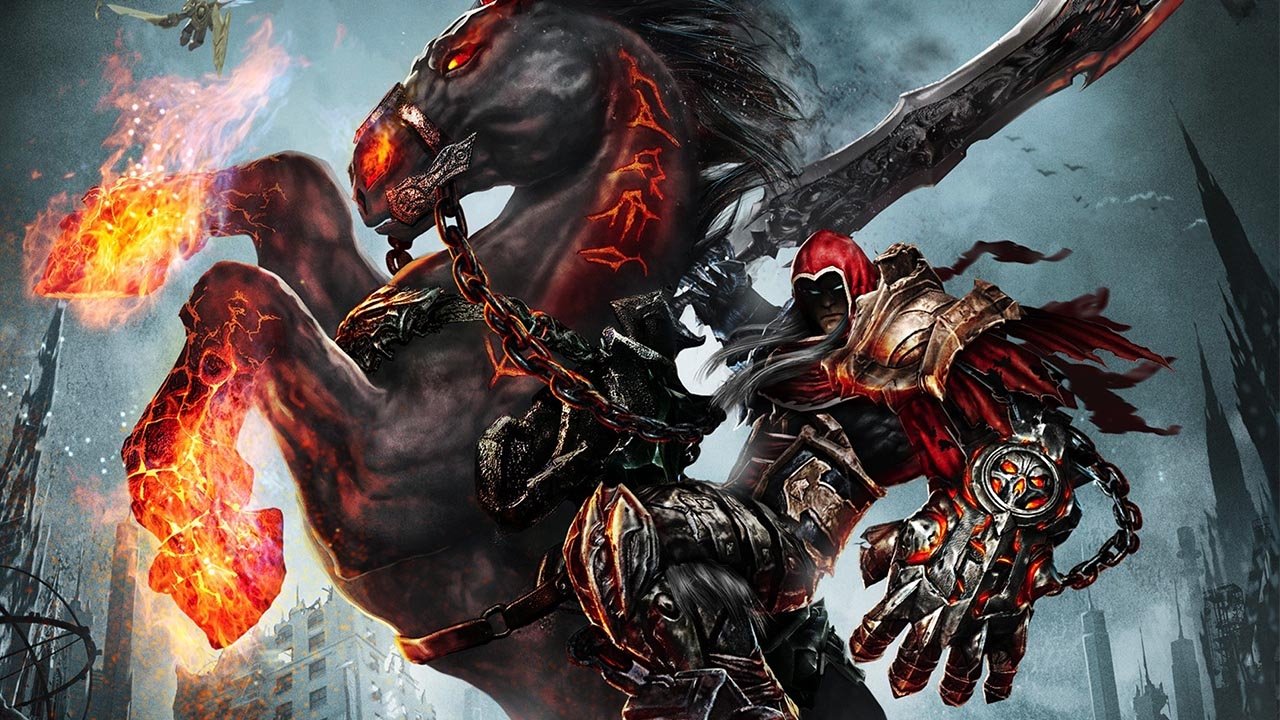 Right now, gaming exists in a spectrum of extremes. On the one hand, you have the “AAA” games that take years to make, have huge budgets, glitzy production values, need to sell well over five million copies just to make a profit, and cost at least $60. 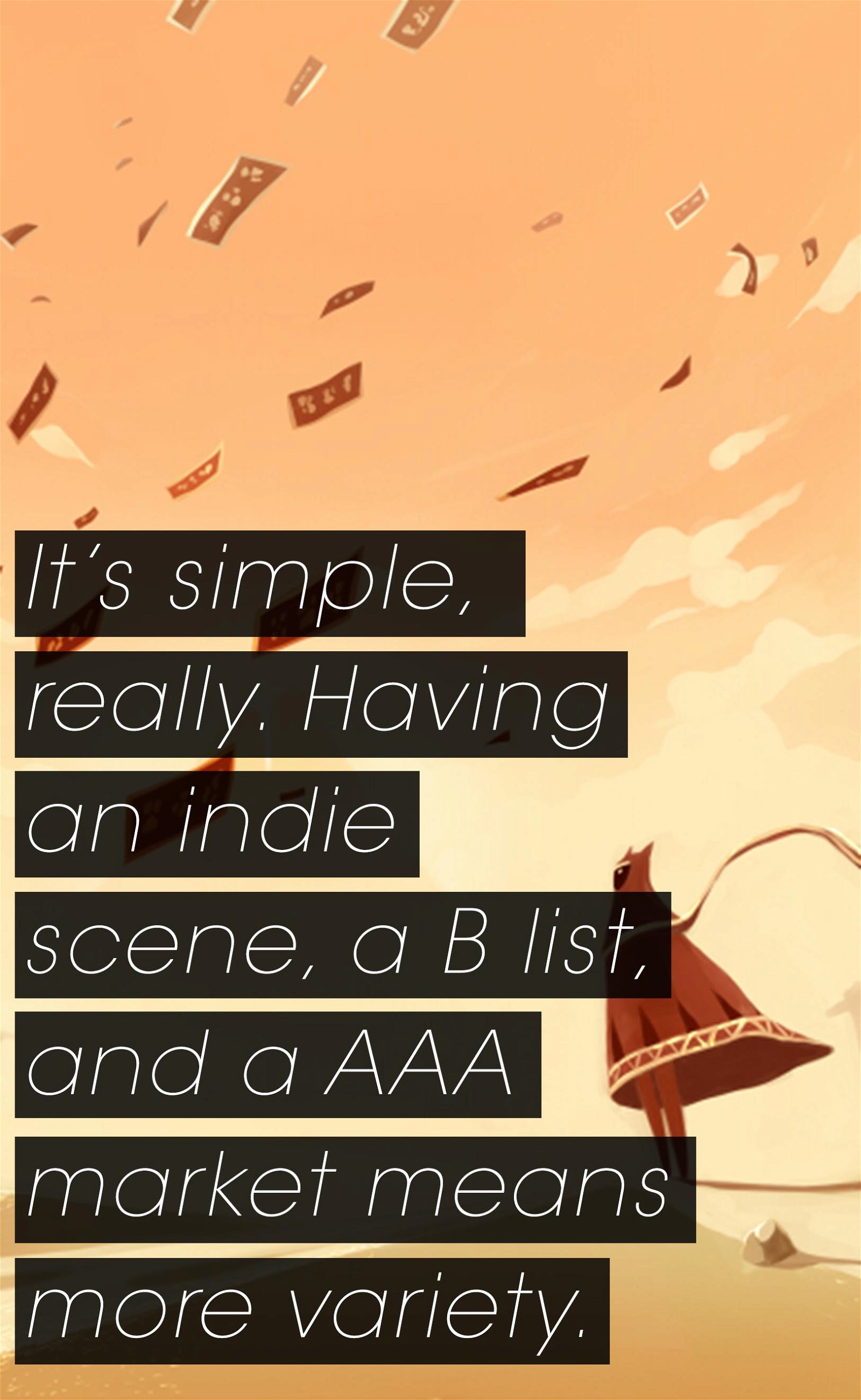 On the other end, you’ve got the indie games, which have much more modest production values, rarely go over $15 in cost, and are a sanctuary for the bold, experimental ideas that mainstream, retail gaming will no longer touch because of their need to appeal to the lowest common denominator.

But if you’ll cast your mind back to the previous generation—or even just early into the current generation—you’ll recall that there used to be a middle ground. There was a “B List” or middle tier of games, still retail, ranging from $30-$60 with budgets and production values more significant than an indie game, but still not as expensive as a high end, AAA game. These were games like Fatal Frame or The Suffering or even the original Guitar Hero. They weren’t trying to sell themselves as the must have title of the year, but more along the lines of “Hey, I’m not bad, you might like me. I’m a little different, give me a try.”

I’m reminded of this because I wrapped up my review of the PS3 version of Deadly Premonition recently, and it got me to thinking that that’s the last time in this generation that a B List game has surprised everyone in such a way. And that’s not solely because Deadly Premonition was a surprisingly “good” game in a sea of B list games, it was also one of the rare games that still exists in that tier.

These days, the arguments for why there are so few of these games is well understood. This is a simple matter of economics. With the transition to HD consoles the production budgets, time and manpower required for games shot up considerably. It got to the point where in order to justify the cost of a HD game and make some money off of it, selling a few million copies was required. This is a far cry from the old days of gaming where a title breaking a million in sales was considered a big hit. Today, most games won’t even make a profit if they sell “only a million” copies. As a result, the willingness to experiment with HD games that sell at $60, need to be put on a disc, and physically distributed to stores has dwindled. When you need to sell over five million copies just to make a profit, you can’t think in niche terms anymore, you have to hit as many people as possible and convince them to join the horde. For the moment, that means many publishers push hard to make a Call of Duty clone of some sort, though a few creators, such as Rockstar North with their Grand Theft Auto series, manage succeed without going down the route of studious imitation.

But this means we’ve lost something as gamers. There’s a lot to love about the indie scene, as some of the most original—and eccentric—ideas have come out of that sphere. Journey is one of the most artful games yet produced, and Sword & Sworcery EP is still one of the most original games produced for mobile platforms. But beyond that, there’s still a world of bigger—not biggest—budget games that tread a middle ground, offering something different, but not necessarily radically different, as is the indie way. 2010’s Nier, for example, by Cavia, is one of those rarities these days; a more experimental game with a smaller budget. It was a very unique gameplay experience for those willing to take the plunge, one that combined role playing with a very dark, original story about parenthood in a post-apocalyptic setting. Catherine, by Atlus, is another example, once again sporting a decent—but not massive—budget to present a disturbing, quirky game about adultery that occupies an uncomfortable position halfway between a AAA release and a small, downloadable indie game.

Like both the indie and the AAA market, the B List also has its share of stinkers. Few people talk about Rise of the Argonauts, an unsuccessful attempt to bring Mass Effect to Greek myth, or Viking: Battle for Asgard which was basically God of War as Norse mythology. But because of that middle tier nature of the B List game, there’s still a willingness to “tweak,” to take things that are popular and try and put a spin on them that perhaps wouldn’t work with a AAA game because of the huge risk at play whenever originality is proposed. THQ, before its untimely demise, had some interesting B List offering. Darksiders and Saints Row managed to carve out names for themselves with fans despite not having huge amounts poured into them from a company like Activision.

It’s simple, really. Having an indie scene, a B list, and a AAA market means more variety. Losing any one of these pillars means less, and that’s never a good thing. Niches are good. If every game has to appeal to every gamer, our gaming experience becomes far less interesting.