How Fortnite Became an Educational Tool For My Children

What We Learned in Battle Royale 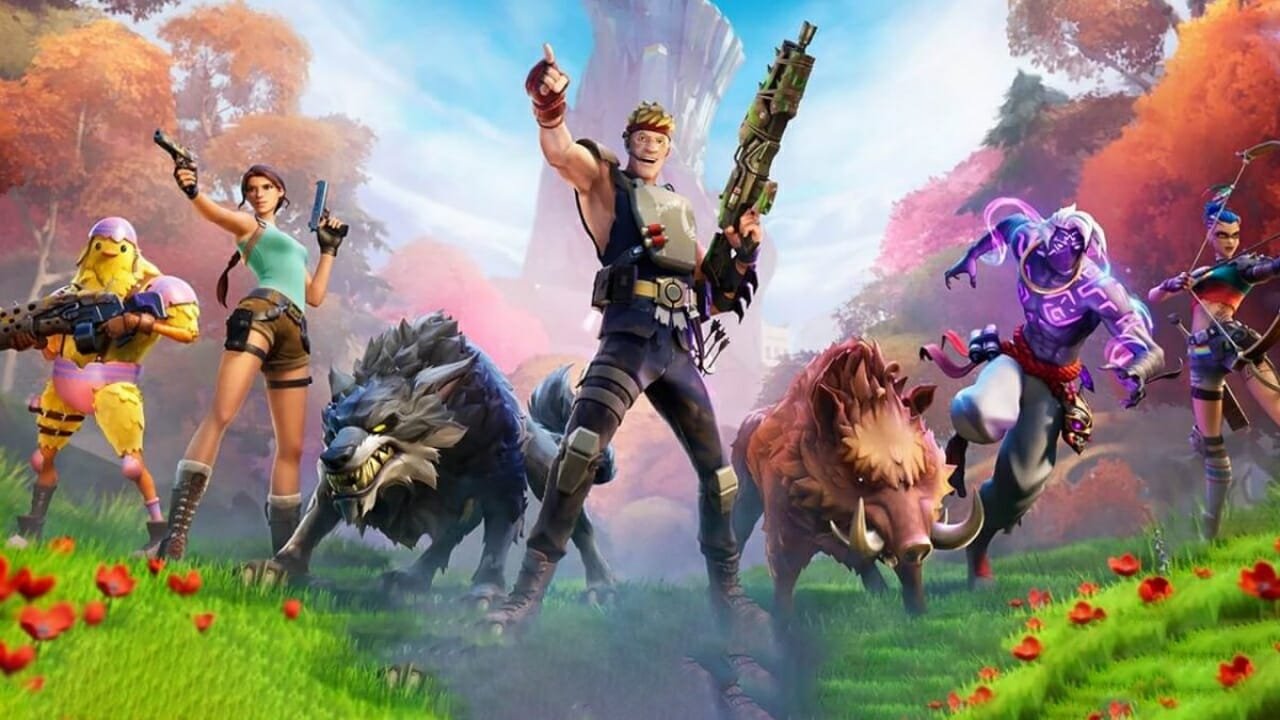 If you’ve ever been a gamer, talked to a gamer, or even looked at a gamer, chances are you know what Fortnite is. It is THE big thing right now, with players from ages six to 46 playing it, and sometimes I think it gets a bad rep—one it doesn’t always deserve. We managed to turn this 100-person Battle Royale into a learning opportunity for our children, and it was unconventional to say the least.

We can start with the obvious when talking about Fortnite or video games in general, they teach coordination. As I’ve mentioned in past columns, my six-year-old started his gaming journey barely able to walk and manage his camera view at the same time. Now, he is box-building with his dad, and outshining me at every turn.

He didn’t start that way, finding a game that he enjoyed and pairing that with quality time with his family, encouraged him to keep going and keep learning. That isn’t to say there wasn’t frustration. It’s hard to explain RNG (random number generator) to a six-year-old, so he doesn’t always understand how he can miss a shot when his crosshair is clearly on his opponent. We have had many “Where did my bullet go?!” conversations. But the important part is he has learned how to aim the crosshair, how to run, jump and dodge at the same time, and perhaps most importantly to me, how to control the camera angles.

Another thing I’ve spent some time talking about already is how Fortnite has taught us online safety. Fortnite doesn’t gear itself toward small children, it is rated teen after all, so there have been instances where we have had to lay down some rules and have a few tough conversations.

Many of the playground modes in the game automatically place players in groups, where everyone can hear and talk to each other. Though we have managed to keep our son off of a mic to make sure he doesn’t tell his teammates too much or alert strangers that he is a child, he can still hear everything the other players say. Luckily, we haven’t run into any real issues, but it has definitely opened up conversations about talking to strangers, grown up language and what you can and cannot do when your parents aren’t around.

Fortnite features several modes between Battle Royale, Creative and Playground. Playground allows us to just mess around and not worry about if we win or lose. Creative lets us build our own maps, or explore maps that other players have built. Battle Royale, however, is our mode of choice, and it pits players against each other until only one player—or team—remains.

Battle Royale lets you play solo, in duos, trios or squads. Since we play as a family, trios or squads are usually our go-to. This comes with challenges. Believe it or not, six-year-olds get distracted really fast, and that doesn’t always make for the best teammate. We have spent a lot of time working on what being a team means—in and out of Fortnite—and how to make sure we are considering other people before we go wandering off across the map.

Playing Fortnite Battle Royale as a family has had us at each other’s throats at times. When one of us is looting and gets ambushed by another group, only to find the rest of our team has gone exploring and left us vulnerable, I won’t lie, things have gotten tense. Teaching our son that being a team means sticking together, or even having to apologize and admit fault when I’m the one that has wandered off, has been a learning experience for all of us. I mean really, who wants to admit they’re the reason their team died—sorry, “was defeated” is what we say in our house.

There are smaller, but still important, lessons we have learned through Fortnite as well. Using the V-Bucks system, we have been working on the value of a dollar. When he gets money for his birthday and chooses to spend it in-game, we spend time talking over his purchases, and learning the difference between something he really wants, and something he is just buying because he can. That isn’t to say we haven’t caught him blowing $50 on Battle Pass levels though, it’s a work in progress.

“Speaking of the Fortnite Battle Pass, it has helped with teaching our son how to work toward a goal.”

Speaking of the Fortnite Battle Pass, it has helped with teaching our son how to work toward a goal. The Battle Pass costs money, comes with challenges and rewards, and has 100 tiers to complete over the course of a season. We purchase the Battle Pass for him each season, and aside from the aforementioned level purchases, there hasn’t been a season that he hasn’t reached his tier 100 goal. The skins, V-Bucks and other rewards keep him motivated, and we work together as a family to complete the challenges each week, so we don’t fall behind. Chores through video games is an interesting parenting choice, I’ll admit.

Here is the real twist though, the educational experience we didn’t expect to see, Fortnite has taught my son how to read. Maybe that makes me a questionable parent, but he hates reading, so much so that his teachers thought he just couldn’t. It doesn’t matter how much time we spend cuddling up before bed reading a book, he only wants me to read it to him. Even I was concerned he was struggling, I was very, very wrong.

When he jumps into Fortnite, and no one is actively asking him to read, he can read words that shock me. He breezes through reading the menus and challenges like “Destroy equipment on top of Abductors,” and “Get infected by an Alien Parasite and talk to Sunny”. They barely cause him to pause, and I see him sounding out tougher words, which would normally frustrate him, making him want to quit. Because Fortnite is something he loves, and it’s voluntary, he works harder for it, and it’s working.

I think many adults look at video games as too much screen time, a waste of time, or just messing around. Next time you see your children gaming, take a minute to think about what skills they are gaining each time they log in. Coordination, teamwork, reading and everything in between are vital skills children need to learn to succeed, so why not give them a chance to learn those skills doing something they love?