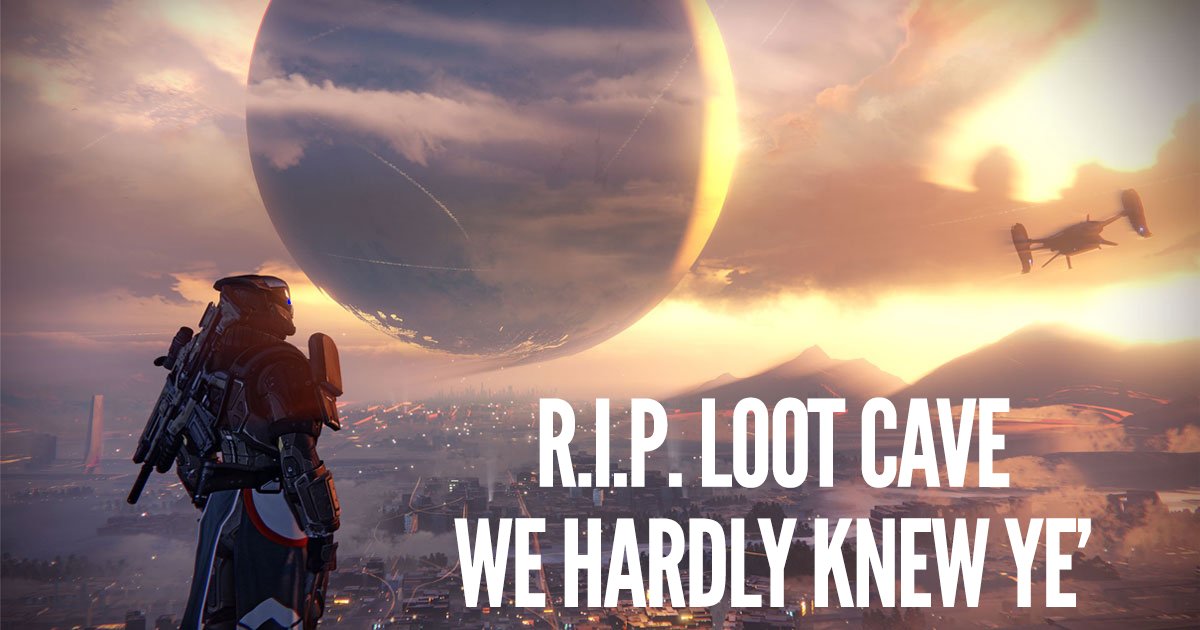 With Destiny’s infamous loot cave now patched there are players who will surely be hunting for the next quick way to get ahead. It always amazes me how quickly players are able to find ways to manipulate a game. Whether it’s through a bug, a glitch, or just finding an unintended use for a game mechanic, players love to find tricks and shortcuts that will give them an edge. Here are 10 great exploits in games that have been found over the years.

In the Super Mario series of platformers there is a long-standing and classic exploit and all you need is a koopa shell and some blocky stairs. By getting the timing right you can make it so Mario will continually bounce as the shell ricochets between his goomba brain covered boots and a wall. At first you’ll just be racking up some useless points but eventually you’ll be collecting 1up after 1up after 1up until the sound your unmerited success removes all joy from ever getting a 1up again. Who am I kidding it’s still super satisfying. 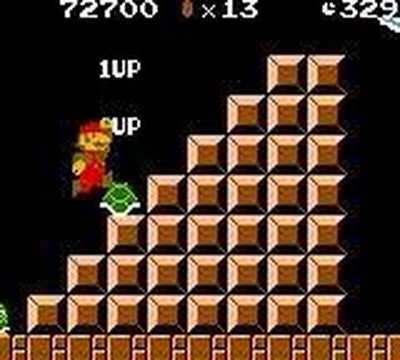 Anyone who played the original Pokémon games for the Game Boy Color might remember rumors of a way to get 99 rare candies. This one is a little more involved than just picking up a shell and chucking it at a wall. To do this you needed to talk to an NPC, move a rare candy to a specific spot in your inventory, surf an arbitrary length of ocean, fight a weird glitchy Pokémon, and then somehow all of that equaled 99 rare candies. Yea, I don’t know either. This can be done with any item, but rare candies are the go to favourite.

The original Diablo had similar duping problems, but the means of achieving them weren’t nearly as involved. If players clicked an item on the ground your character would move to it and pick it up. But if you clicked something in your inventory at the exact moment your character picked up the item, it would replace the inventory item with a duplicate of whatever you picked up. It was such a simple bug that it could occur accidentally, which is great if you end up duplicating an awesome weapon or piece of armor, but not so great if you end up turning one of those into a potion. 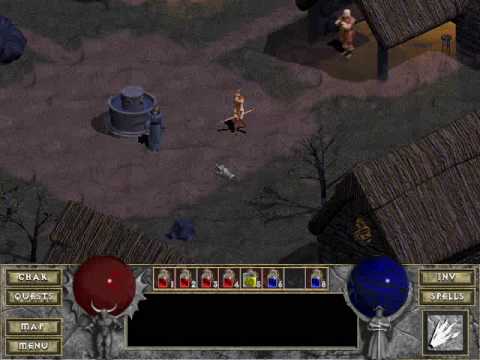 Some of these exploits are just shocking oversights by developers. In Forza there was an engine part that you could sell for more than you bought it for. You just had to buy a Volkswagen Jetta VR6 and buy every upgrade except the engine. Then buy the engine upgrade for it (which would automatically install that engine in your car), reinstall the original engine and sell the upgrade for 10 times what you paid for it. Apparently this also worked with the Camaro although for obvious reasons these were patched long ago.

There are an endless amount of weird bugs and glitches in the Elder Scrolls series. Those games are so massive and ambitious that it’s not surprising when people find exploits and bugs, but when I heard you could put a bucket on the head of a shopkeeper and rob them blind I almost didn’t believe it. I feel like seeing this one is better than reading about it so just watch the video below. 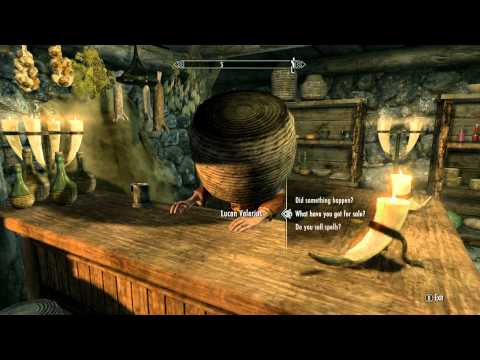 We’re Skaters on the Moon

Skate 2 introduced a game mode to the series that had you trying to do as much physical damage to your character as possible. Normally being able to glitch your character into flying hundreds of feet in the air wouldn’t be anything more than a gimmick, but when your competing in the hall of meat, the subsequent plummet back down can be a handy exploit. Doing this requires some timing and a combination of button presses, but what’s important is that you go flying and then come crashing down for huge hurt-yourself points.

Speaking of going flying, NHL 13 had a glitch known as the Hercules check. By hip-checking a player as you are switching lines you send the unfortunate recipient of said check flying. Often times they’ll end up in the stands where they’ll fall through the spectators and seats before popping back out through the boards and onto the ice as if nothing ever happened. 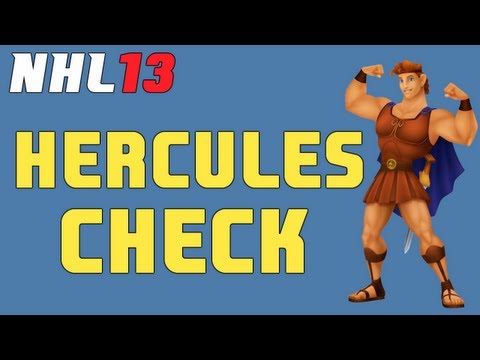 Pack it up Pack it in, They’ve got Javelins

Some of you may remember the infuriatingly overpowered akimbo model 1887 shotguns in Call of Duty: Modern Warfare 3. Although I will admit I tried it and it was pretty fun to blow people away with those things, this is about the even more annoying javelin glitch in Modern Warfare 2. By switching to the javelin rocket launcher, holding the grenade button and then (while still holding that button) switching back to your primary weapon, you could easily rack up a dozen vicious and scornful Xbox live messages in a single round. This was a bug that caused the javelin to fire as soon as you get killed taking whoever shot you down with you. And when it was patched trolls everywhere cried, but the world rejoiced.

I have played A LOT of Civilization V, and when I heard there was a way to force any trade to go through I tried it. Too many times had I proposed that smug Queen Elizabeth a fair deal, only for her to turn it down and propose a ridiculous alternative? No Elizabeth, I’m not giving you all my luxury resources, 50 gold a turn and my dignity for an embassy. Unfortunately, a patch thwarted my attempts at revenge. Before the patch though, if you were proposed a trade you could modify it to whatever you wanted and then simply close the trade window, reopen it and accept. The trade would automatically go through without the other player accepting the new terms. 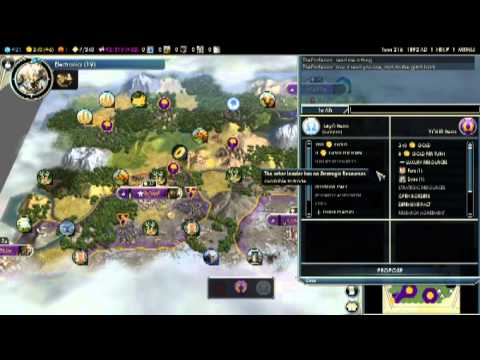 This one is going a little farther back, but anyone who played Tecmo Bowl in an arcade or for the NES knows Bo. This didn’t require a glitch or the creative use of game mechanics. In Tecmo Bowl, Bo Jackson (a running back for the then Los Angeles Raiders) was so incredibly OP that he was practically unstoppable if used right. He was the fastest player in the game, and by running in a zig-zag could elude everyone for an almost guaranteed touchdown. I think the developers were aware of how ridiculous he was since there was only one play that used him, but if you were playing against LA you didn’t need to be Bo to know he would be on the field. 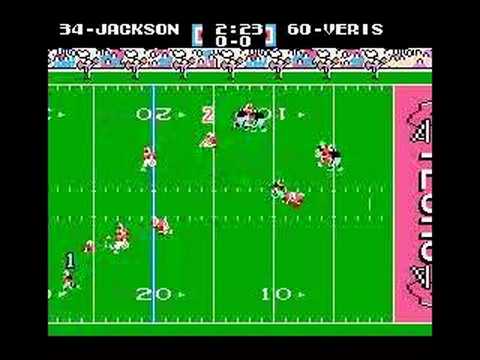