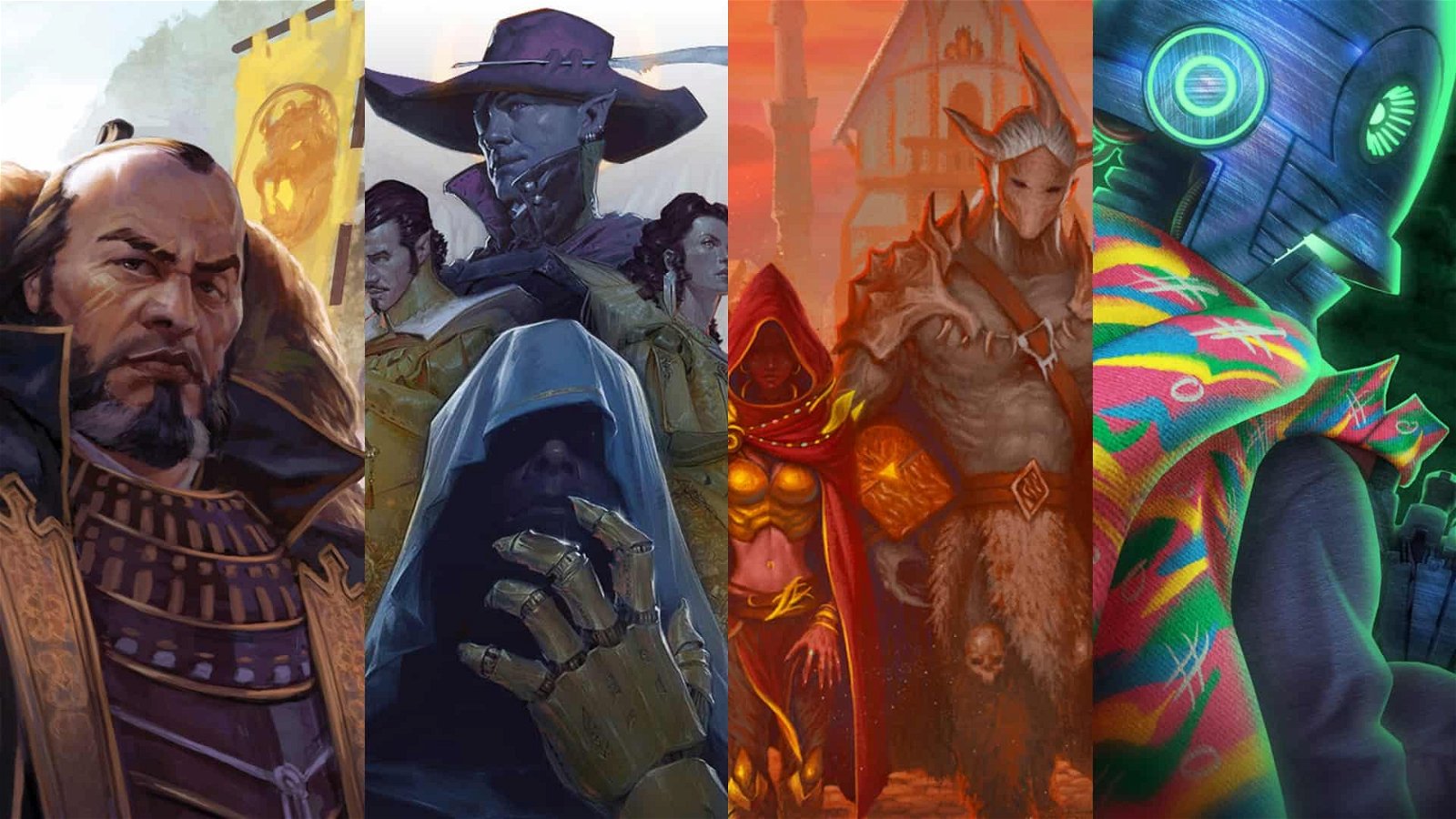 The Perfect Gifts For The Board Gamer In Your Life
Preston Dozsa | Nov 23, 2018

With the 2018 Holiday Season fast approaching, we here at CGMagazine are on hand to guide you through the best gifts to purchase this holiday season. With tabletop games continuing to grow in popularity, there’s no better time to buy some of the best board games and RPGs on the market today.

When it comes to introducing friends and family to board games that are outside of the typical Monopoly bubble, Ticket to Ride is the perfect game to play. Ticket to Ride places you in the role of rail barons who are building railways across a set map. Competing against other players, you draw cards to claim rail lines, continuing until a player has two or less train pieces remaining. Points are then tallied up, and the player with the most is the winner.

It’s been 14 years since Ticket to Ride hit store shelves, and it has become an all-time classic board game. Experienced tabletop players will likely have played at least one of the game’s iterations over the years, but for newcomers, Ticket to Ride is an awesome gift.

Root: A Game of Woodland Might and Right is an adorable board game where four factions of woodland critters fight for control of a forest. This asymmetric multiplayer game features unique goals for each player, with the narrative changing each time you play depending on your actions. With plenty of strategic depth and a very charming set of board and pieces, Root is the gift your board game friend desperately needs to complete their collection.

Magic: The Gathering is a difficult game to get into, particularly with the sheer number of card sets that come out each year, which is why the newly released Spellslinger Starter Kit is a great way to get into the game. It comes with two complete decks, a short guide for each, dice, and the quick start rules, meaning you can start playing a game in a few minutes with no shuffling required.

The collection also features several cards from the Guilds of Ravnica set, which plenty of Magic fans will tell you is one of the best sets released in years. If you’re looking for a gateway into the world of Magic: The Gathering, the Spellslinger Starter Kit is a great choice.

Waterdeep: Dragon Heist is one of the best introductory modules Wizards of the Coast has ever released for Dungeons & Dragons. Set in the famed city of Waterdeep, this collection of starting adventures is based on classic heist films, only with a generous helping of killer monsters and magic to shake things up. Waterdeep: Dragon Heist features an innovative tabletop design that is fit for players who have just purchased their first Player’s Handbook as well as those who have killed more dragons than they can count.

The Adventure Zone: Here There Be Gerblins

The Adventure Zone is the funniest RPG podcast on the Internet, and The Adventure Zone: Here There Be Gerblins is the funniest graphic novel ever written about an RPG podcast. Follow the adventures of Magnus the human warrior, Merle the dwarven cleric, and Taako the elven wizard as they stumble through an adventure to the amusement of their DM, Griffin. If you’ve ever laughed at your friend for rolling critical failure after critical failure while playing an RPG, this is a book that you won’t regret purchasing.

For the tabletop RPG fan in your life, look no further than Legend of the Five Rings Roleplaying Game. Set in a fictional world based on feudal Japan and other Asian cultures, Legend of the Five Rings is a game where combat is deadly and proper roleplaying is the key to survival. With an engaging dice system called Roll & Keep and exceptional character creation, this is the book to purchase for any and all tabletop RPG fans.

DropMix is a hybrid board/mobile/card game dreamt up by Harmonix and Hasbro that is a blast to play. By placing cards on the provided game board, you can create mashups of songs that are simply out of this world. Want to mix the bass line of Big & Rich’s Save a Horse (Ride a Cowboy) with the drums from Imagine Dragons’ Radioactive and Sia’s vocals from Chandelier? All the power to you! We here at CGMagazine loved the game when it came out, and it’s still one of the best board games you can buy this holiday season.

Past Arkham Horror editions are as much renowned for their exceptionally long playtimes and complicated rules as they are for their epic horrors. Fantasy Flight Games has taken notice, however, releasing a new version this year that retains the previous games’ engaging investigation system while making it a much faster-paced edition that is simpler to understand. It also has a modular board, meaning no two scenarios will ever be the same. Arkham Horror 3rd Edition is an improvement on an already great game, and board game lovers should not skip out on it.

Gloomhaven was released in 2017, and it quickly became the number one board game on BoardGameGeek.com. Playing as a wandering mercenary, you travel to the titular city to earn gold by exploring dungeons and killing monsters. The game takes place over several sessions, with the actions of the players determining the ebb and flow of the story itself. If it sounds like a tabletop RPG, it’s pretty much that, but in board game form.

It’s also relatively expensive in comparison to your average board game, but if you’re looking for a gift for a tabletop game fanatic, there’s nothing quite like Gloomhaven.

What Do You Meme?

Practically everyone has played Cards Against Humanity in some form or another, so why not spice up your parties with a game built with 2018 in mind, What Do You Meme? Your goal is to create the funniest meme by pairing caption cards with the drawn photo card. If that sounds ridiculous, that’s because it is.

Fair warning to parents and adults, however, this game is definitely not meant for children. If you’re college-aged or merely want to figure out what the heck a meme even is, you can’t go wrong with What Do You Meme?

File Under: Magic: The Gathering