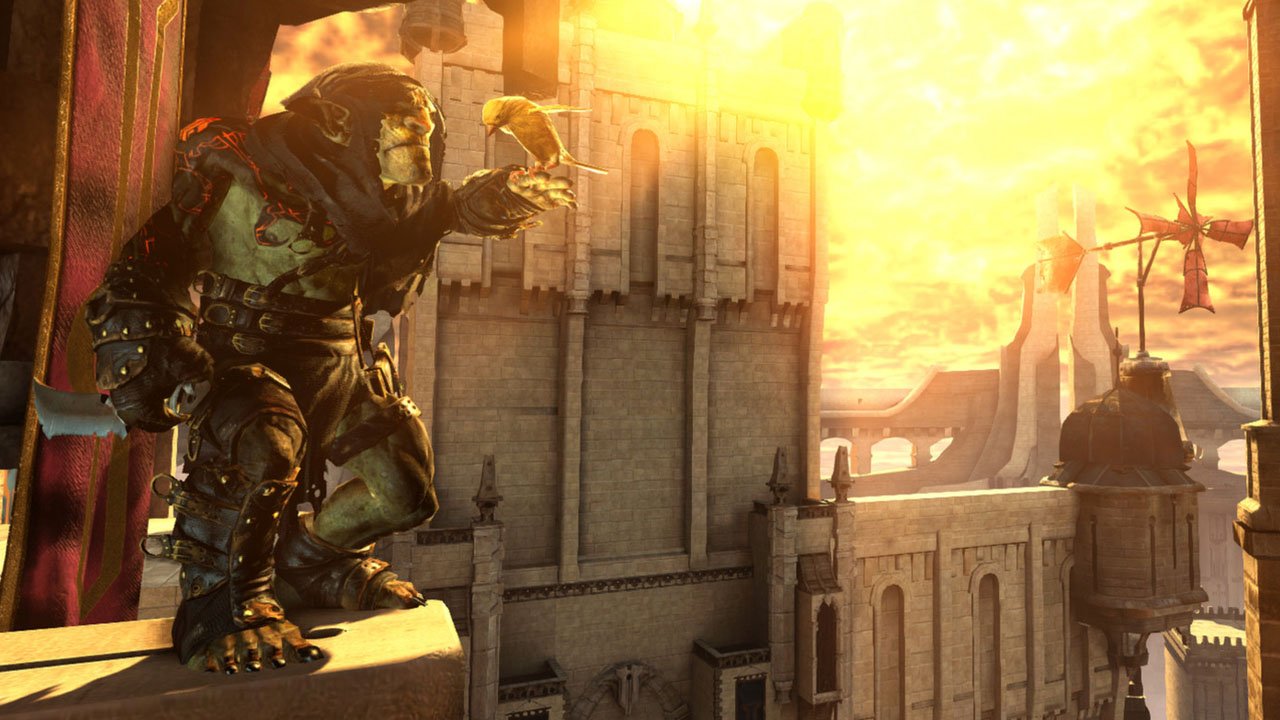 Feeling furtive? We’ve been blessed with some stellar stealth games in recent years, both on PC and console, but what if you’ve already logged weeks of time with Metal Gear and Splinter Cell? After Dishonored and Deus Ex have been demystified? Of course you’ve already snuck around as a soft-footed archer type in Skyrim.

Take heart, for you’ve almost certainly not exhausted the roster of excellent options. I’d suggest you need only do a little digging, but we’ve taken the liberty of assembling some of the best stealth software that most have not played.

Monaco: What’s Yours is Mine
This fiendishly intricate top-down crime spree expects a great deal of your attention. The most threatening pidgeon in the world and a majority of the hazards accompanying him on the board are eager to blow your cover, but not unfairly. You and your three cooperative buddies will never need to go further out of your way than some light, potentially disastrous experimentation to uncover these traps’ workings.

Venues vary from prison breaks to nightclubs, but it’s ultimately all about lining your offshore deposit boxes with reams of cash. Get in, manoeuvre your way through the rotating watch pieces that the obstacles compose, and make your way out with the rich stuff. Everything clicks into its interlocking place, building a freeform puzzle that is as much about keen thinking as it is sneaking.

Unexpected surplus of guardsmen thwarting your kleptomania? The Cleaner might render their clocks conspicuously tidier. Alternatively, you could ride the freedom spoon express to success by tunneling around your problems as The Mole. Each playable character brings highly exploitable capabilities to the outfit, offering a myriad of ways to build your group for the task of tackling a level, as well as solutions to ponder as your plans come crumbling down.

Styx: Master of Shadows
Male protagonists of Western origin tend to steer well away from what you might call “pretty”, but few are ever genuinely hideous. This third person adventure is different. Styx wallows in his grime and grotesqueness to the point of bringing his goblin vomit into the equation as a viable method of solving quandaries. Given that the opposing cast is comprised predominantly of haughty, decoratively armored men and and fancy elves, his cranky vulgarity is delightful.

The massive Tower of Akenash lends practical rationale to the open verticality of level design. Chambers are peppered with rafters and hideaways stretch above and below for miles, presenting an environment ideally suited to our anti-hero’s skill set. In classic Thief fashion, many of these allow for personalized routes to be traced through their sprawling stories.

Direct confrontation is rarely a key element of these excursions, but Styx’s questionable combat abilities may provide extra incentive to avoid detection. Better to put our grubby green friend’s beloved dagger to work at gouging organs from pinkskins while unseen, all while hunting through the halls for collectibles and secondary objectives to earn points for ability development.

Invisible, Inc.
You may have taken a spin with Klei’s first surreptitious outing, Mark of the Ninja. While Invisible, Inc. shares little beyond clandestine measures and signature art stylings with its older brother, each approaches the stealth genre with an eye for excellent systems. This time the action is top-down and turn-based a la XCOM, but avoidance takes precedence over lethality.

The lightly cyberpunk future depicted within sees companies exchanging muscular elbows in the world’s hierarchy of power. Information warfare is in vogue, and your crew wields some nasty firepower. Following your company’s violent excision from their office space, agents in your employ are tasked with infiltrating the global corporate world, stealing sensitive data and credits, trading in software, and committing general acts of espionage.

An ever-increasing security alert ensures that you’re always brushing up against the threshold of what you’re capable of. You’ll be unable to pilfer every vault as the turns required to do so would glut the stage with patrols, and you’ll never have enough ammunition to handle them all. The call for when to extract your operatives is the end result of a complex chain of decisions that is consistently interesting.

The Dark Mod
Square Enix’s release of last year’s Thief was broadly met with furrowed brows. Some were understandably left itching for a fix of the series’ classic instalments. As it happens, the year prior saw a particular mod-shaped scratching post becoming fully standalone. The Dark Mod recalls what endeared us to those venerated first person titles by more or less directly translating their positive attributes to a newer engine.

It’s not an exact recreation, or even a remake of past entries, but rather a collage of one-off outings that wears its inspiration in giant block letters on an electric green tee. The team has massaged specifics of function and lore, perhaps aligning the experience more closely with how we remember the classics than how they actually were, but this is still, in essence, an enormous level pack with visual upgrades.

Packaged with the initial download is a single original mission and a tutorial. Rather than committing resources to a full campaign, The Dark Mod’s creators opted to open up stage generation to the community, yielding a wealthy stable of nearly a hundred files available on the website. And best of all, everything is free. Go get it.

Republique
Clad in a banal gray jumpsuit, our heroine’s outfit reflects the dismal, depressive state of the world she inhabits. Strong 1984 vibes pervade this episodic dystopian setting. It’s a world veneered with luxury, but one where possessing information may earn severe punishment and propaganda seeps into every pore.

You play as an individual watching over Hope and relaying instruction to her from a distance. Most of the tech you come across can be hacked, seating you behind the lens of a security camera for extended durations.You don’t ostensibly control her movement, but rather communicate to her when the way is clear or where she ought to be headed. You may guide her to a handful of defensive tools, but don’t expect her to tango with armed guards in any real capacity.

Knowledge of the world is gleaned from the environment rather than conveyed through exposition. Find it scrawled on walls or in words gathered through your hacking, providing a trickle that stokes curiosity. All the while, this success in keeping the mind hungry for new details is handily carried on the back of some impressive voice acting.