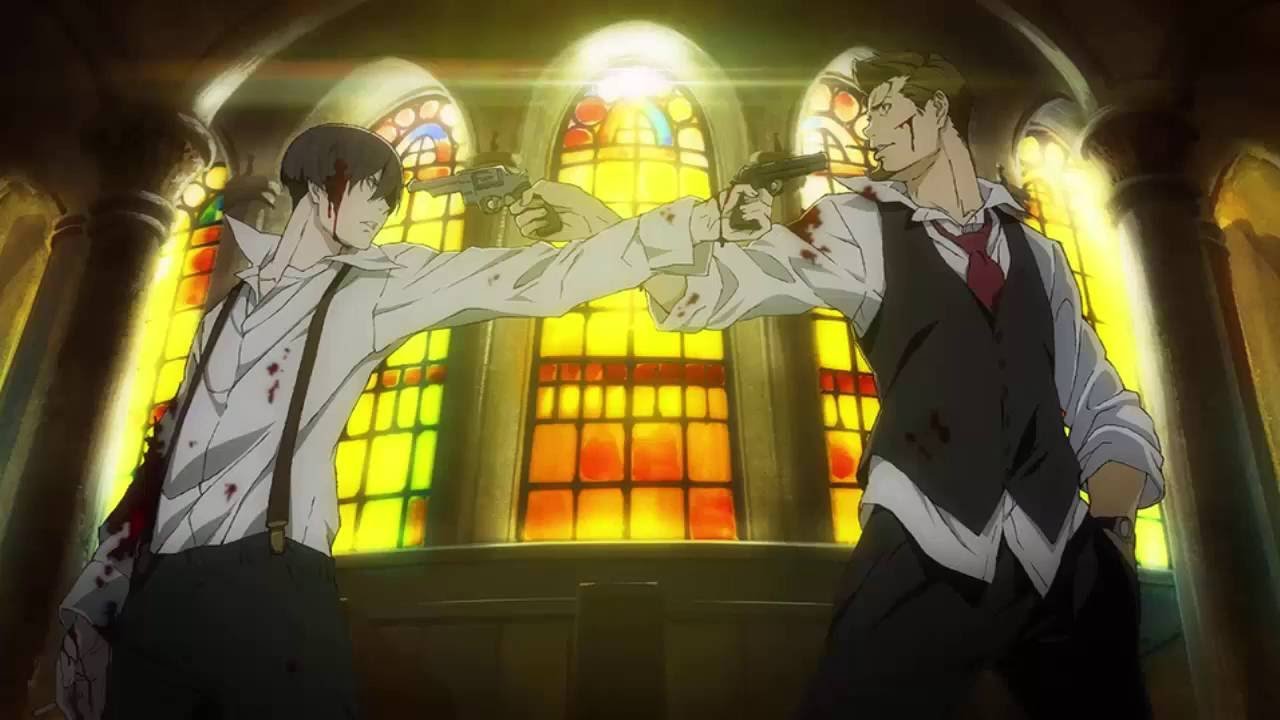 Unless you’re in Antarctica, you are no doubt starting to feel that familiar summer feeling set in. The shining sun, the baking heat, and the increasing desire to crawl into a dark, air-conditioned hole and watch TV all day. We’ve all been there.

Luckily, I’m here with some of the best the 2016 summer anime season has to offer, so you can slack off and watch some quality Japanese cartoons until the blistering sun goes down. This list is based on initial impressions only, and should not be considered definitive reviews of full series just yet.

“Single man takes care of small girl” is one of those beats that anime directors and manga artists love to keep hitting. Whether it’s the innocent fun of Yotsuba&! or the trip to Sleaze City that Usagi Drop turns into, there are countless examples of this setup in the medium. Luckily, sweetness and lightning already appears to be avoiding cliché territory to tell a story that is sweet and enjoyable to watch.

Kohei is a widowed father who is absorbed in  his work as a high school teacher. This often leaves his toddler daughter, Tsumugi, alone and in front of the TV at each meal. But he soon realizes that the pre-made convenience store meals he’s slapping onto a plate for his daughter aren’t cutting it anymore. She’s missing out on both delicious food and quality time with the only family she’s got left. Luckily, a chance encounter with a shy high schooler ends up setting Kohei on a path to being a better cook and, ultimately, a better father.

Based on the first two episodes, sweetness and lightning seems like it’s going to be blissfully devoid of moe and harem anime tropes, skipping them in favor of something a little more authentic. It’s genuinely nice to see a little girl in an anime who actually behaves like a child, and refreshing to see an anime about raising a kid that doesn’t seem to be going in a creepy direction. Furthermore, it’s an interesting blend of a time-tested traditional anime setup with some more contemporary food-based anime elements. The result is a show that feels like a genuine slice-of-life sort of deal, and one that turns eating food into a sort-of bonding ritual between the cast.

Wrapped up with some snazzy production values and an infectious opening, sweetness and lightning is off to a stellar start.

Speaking of worn anime tropes, stop me if you’ve heard this one before. The normal world actually isn’t normal, and there are spirits everywhere we go. Some of them are good, but some of them want to mess up life for everyone else. Yep, it’s that old premise again. And yet, Mob Psycho 100 does a great job not feeling like a rehash of Yu Yu Hakusho or Bleach. Instead, it carves out a unique little niche for itself with absurdist comedy and beautiful production values.

Of course, this is to be expected from the creator of last year’s megahit, One Punch Man. Much like that series, Mob Psycho 100 takes typical anime conventions and turns them on their head. The show follows con artist Reigen Arataka and powerful psychic Mob. Arataka sells himself as the actual psychic, even fooling Mob, and sells his services to people haunted by spirits. Of course, the way things end up playing out is him calling in the real psychic to help save the day – not to mention turn a profit.

It’s a novel riff on both the ghostbusting and rent-a-hero tropes found in a lot of series. It works as well as it does in large part due to deft comedic timing and an art direction that practically oozes style. An example of both of these in full effect can be found at the climax of the first episode. Mob and Arataka end up facing off against the ghosts of a dead biker gang, who all tragically died after one of their members slipped on a banana peel. The gang’s boss is a big-chinned man whose body has fused with his motorcycle. This is both hilarious and delivered in a vibrant, stylish way that captivates with each frame of animation.

If how One Punch Man turned out is any indication, Mob Psycho 100 is one to keep your eye on this season.

91 DaysAnime about the mafia is few and far between. After all, Italian crime families aren’t exactly a staple of Japanese culture. But just from the first episode, it feels like director Hiro Kaburagi and writer Taku Kishimoto have a firm grasp on what makes good mob dramas work. Provided the rest of this series lives up to its premiere, 91 Days could very well be the best gangster story in years.

Taking place during the Prohibition Era, the series follows Avilio, ae young man whose entire family was murdered right before his eyes when he was a child. Almost a decade later, he receives a mysterious letter containing a picture of his murdered sibling. This prompts him to return to his hometown of Lawless (yes, really,) gather his old friends, and start a crusade against the family who destroyed his life.

From violent demands for protection money to weasley men siccing their goons on people, all the elements typical in mob stories are present in 91 Days. That said, it’s presented in such a stylishly brooding way that it doesn’t end up feeling trite or cliché. Furthermore, a climactic shootout manages to stay tense without turning into mind-numbing violence. Both this and the overall tone indicate that viewers jonesing for some genuine Scorsese-esque mob drama are safe putting their chips on this show.

Despite some rough patches in the animation, 91 Days is off to a great start. Here’s hoping it ends up being an offer anime fans can’t refuse throughout the season.

Teenage dramas tend to be hit or miss. They can often veer off the rails into ham-fisted melodrama, without ever capturing the subtlety and nuance needed to make emotional storytelling work. While it’s impossible to tell if Orange will eventually succumb to the failing of lesser series, the first episode gives me faith that it’ll be a rare winner.

Orange follows 16 year-old Naho, a girl who leads a simple, complacent life. She has a small group of friends, but her existence is otherwise uninteresting and uneventful by her own design. However, that starts to change when she finds mysterious letters written by her future self. They spell out each choice she’s going to make, including every mistake and regret. This leads Naho to begin to question the validity of her complacent lifestyle, and she starts trying to change things for the sake of her future. However, as one ominous letter reveals, there may very well be lives at stake with each choice.

I downright love what I’ve seen of Orange so far. It skillfully blends the daily grind of teenage existence with some of the melancholy that comes with that time of a person’s life. There are spots of comedy, hints of tragedy, and an emphasis on genuine human interaction that feels truly tangible. These are backed up by a beautiful aesthetic and a moving score that made my hairs stand up near the end of the first episode. In terms of both their narrative standpoint and their production values, the first two episodes of this show are spot-on.

The major staff of Orange already have a few bonafide masterpieces between them, meaning Orange is one of those rare productions where everyone involved brings something great to the table. If this team plays its cards right, Orange could end up being one of this year’s very best.

And there you have it, folks! These four shows have captured my attention the most this summer, and hopefully will continue to do so until the fall season rolls around.

Anything I missed? Something you’ve been digging? Sound off in the comments!