What began with a simple game of Dungeons & Dragons has evolved into a blossoming Indie dev in the Toronto gaming community known as Wind Jester Games. They may be relatively unknown to the world now, but with the upcoming release of their strategic card game, Grid Legion Storm, they hope to achieve success and mark their territory as a capable eSports game developer. The story of how the studio reached this point began in 2005, when Lead Designer and Founder, Fernando Restituto, was still in high school.

“I was running a D&D campaign and my players kept wanting to build armies and fight in these large scale wars that would require tons of dice rolls,” said Restituto.

“Eventually I couldn’t keep tricking them into avoiding these massive battles so I started designing new gameplay systems to manage them. That’s how I got started designing a series of battle systems which would eventually evolve into Grid Legion.”

Grid Legion remained a concept in Restituto’s head for a couple years following those games. As his friends broke away from each other to pursue post-secondary education, Restituto began to feel depressed and gloomy. Unaware of what he wanted to do with his future, he started learning how to program and design videogames in his spare time while also working part-time jobs. Once the Xbox marketplace opened up the ability for anyone to publish their own game on the platform, Restituto had a new goal in life and began his journey as an independent developer excited to sell his creations to the public.

With the idea still fresh in his head from his days as a Dungeon Master, Restituto began to build off of his old battle systems and create his own original game. He also started to incorporate elements from some of his favourite games, including Starcraft and Magic: The Gathering. In 2011, the first build of Grid Legion was released on Xbox Live Arcade.

“The differences between our latest version of Grid Legion and the Xbox Live version are night and day,” said Restituto.

“It was hard to learn, limited in its gameplay depth, and visually weak, but people still seemed to like the core design and so it sold a little. It was a crappy first iteration with a ton of flaws, but the objective was to get as much feedback as possible.”

As the game received the updates needed to support its players, the XBLA version of Grid Legion continued to pick up steam and players who purchased the title or tried out the free demo began to leave feedback about their experience. People enjoyed what Grid Legion was developing into, but with the coming end of Xbox Live Arcade, Restituto knew that the game had much more to offer if he started from scratch. After reconnecting with his old friends and partnering with two artists from the Toronto Indie scene, Restituto solidified his new design team and studio with the creation of Wind Jester Games.

“We replaced a bunch of graphics, made a ton of new graphical systems and polished the visual aesthetic in ways I hadn’t even thought of previously,” said Restituto.

“Grid Legion is a complex game, but it really makes a lot of things visually intuitive in a clean and appealing way.”

Knowing that the title would be constantly evolving over its lifetime, the team considered multiple ways to introduce the game and build up hype for release. While Indiegogo and Kickstarter were considered in their initial plans as a way to crowdfund the project, the final decision was to market Grid Legion as an Early Access title on Steam’s Greenlight platform and take advantage of that platform’s resources. After being greenlit, Wind Jester Games went into full design mode and began refining the competitive gameplay of Grid Legion.

“Grid Legion was created out of a love for eSport calibre gameplay,” he said

A key choice made early on in development was that the title would not be free-to-play, meaning consumers only need to buy Grid Legion once to unlock all of its base content. Players start off with a pre-built deck that helps to introduce key mechanics and then play through tutorials. After that they have access to every card the game has to offer. There are no rarities or variations to collect, which helps to foster a purely competitive experience. 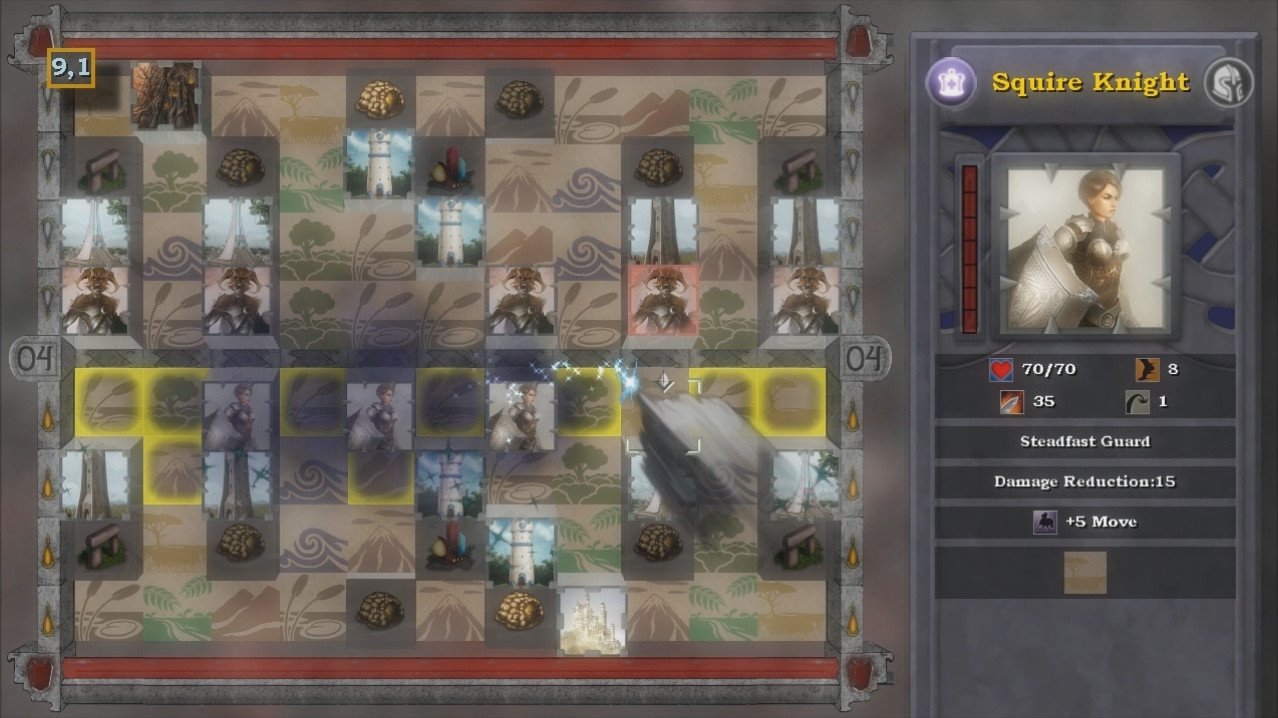 With such a focus on competitive play, Restituto and his team began holding meta-storming events to ensure that each card felt balanced and viable to use. These events are essentially beta-tests to discuss changes that need to be made as well as introduce new cards.

When I had the opportunity to visit Wind Jester Games at one of their events, a key point on the docket they wanted to discuss was regarding a card named Cataclysm. Due to its cheap cost and powerful effect, some members of the team claimed the card required further adjusting to make it balanced, while others debated that the card should remain as is. It was interesting to hear each group bring up valuable points on what made the card viable to use and how it could be countered, some even suggested that a new card should be introduced if they wanted to keep Cataclysm unchanged. It is discussions like this that show how designing a strategic card game from scratch is such a delicate balance.

“While GL is in Early Access, I will be cultivating its metagame, adding new levels and graphics and polishing it in a bunch of other ways,” said Restituto.

“But I also want gamers to know that I would very much like to add a lot more than that. The money I make from the sales of Grid Legion while in Early Access (and thereafter I’m sure as well) will be used to fund the development of new features and extended goals.”

Once a player base has emerged Wind Jester Games will begin hosting tournaments, and when 5,000 sales are met, the studio will begin further developing their interactive deck-building guide, Athenie, which helps players discover new combos and strategies. Lastly, the largest features to be added after a total of 65,000 sales include a cooperative campaign for two players to experience as well as a roguelike campaign that will challenge players to think of new strategies and synergies within a limited collection of cards.

Over nine grueling years have gone into the development of Grid Legion Storm. While the Canadian studio may be young, the balanced mechanics and unique gameplay they have put into their first title shows how dedicated they are to releasing the best product they can. Grid Legion Storm is available now and a preview of the game can be read here.