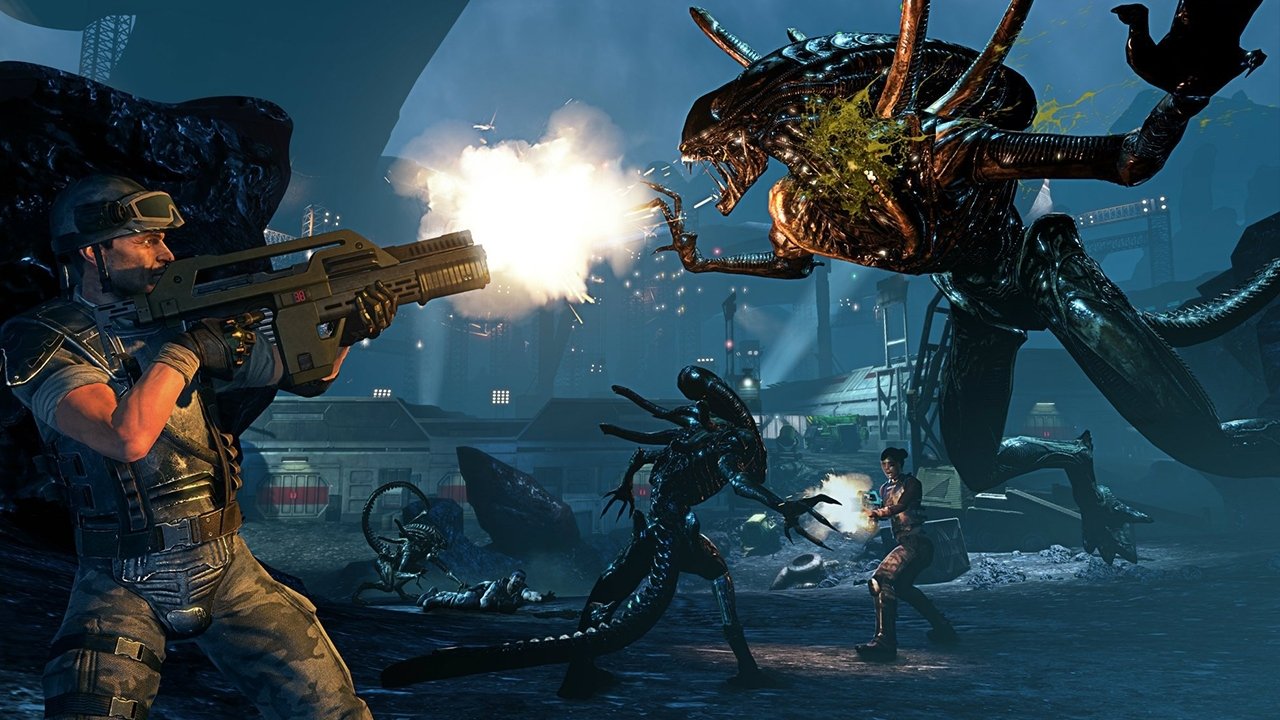 It’s happened in the past, but to the extent that we’ve seen in recent weeks with the disastrous release of Aliens: Colonial Marines? Maybe not.

Whether they use the term “bait and switch,” or just outright lying, many gamers—and even game journalists—feel like Gearbox’s demo of ACM and subsequent final result are so wide of the mark that it calls the value of a game preview into question. 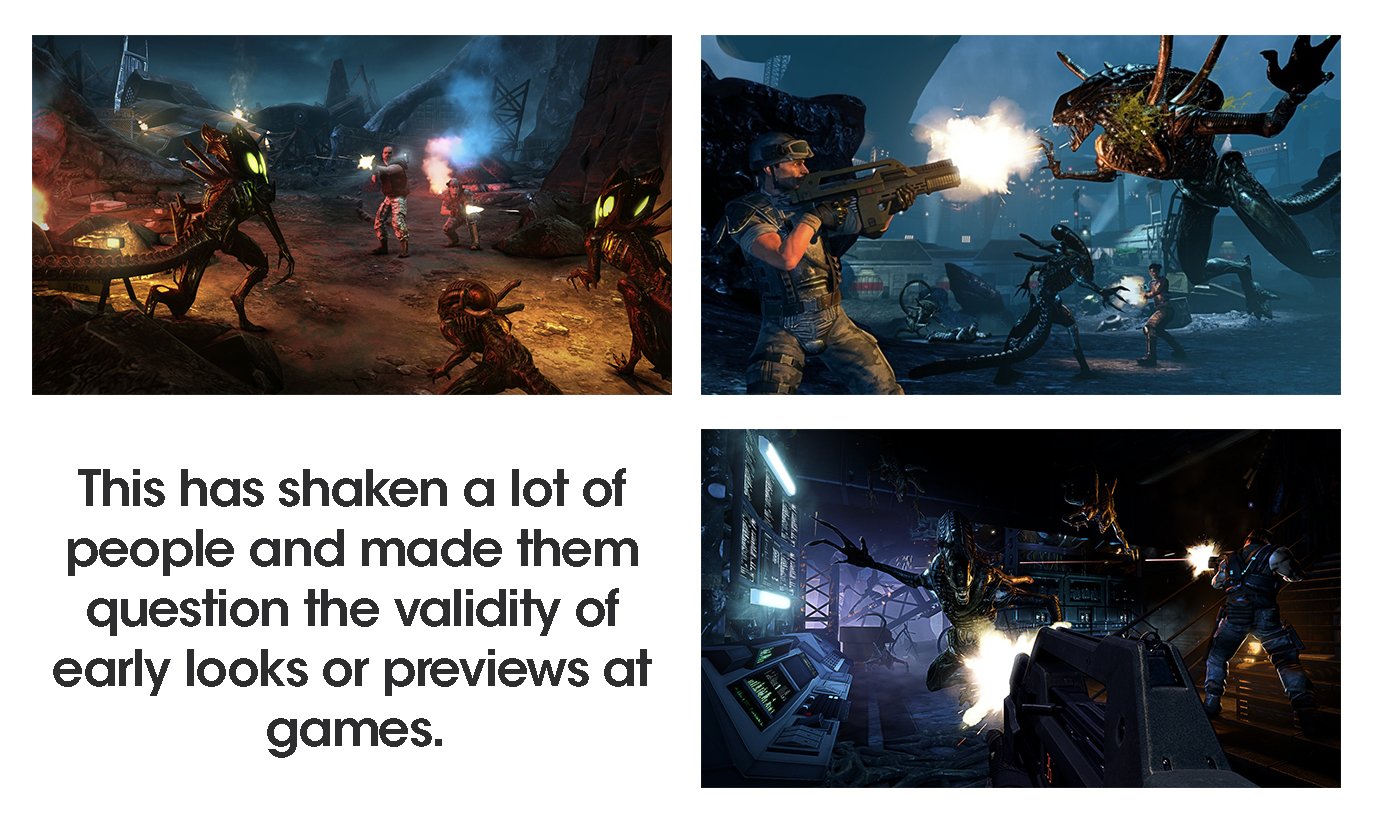 Mind you, this kind of thing has happened before. Remember when the PS3 was being teased and Sony showed off a sizzle reel with alleged upcoming games? Two titles in particular, Motorstorm and Killzone 2 stole the show with graphics that rendered the gaming press slack jawed and convinced that the next generation was more than an order of magnitude improved, it was a full blown quantum leap. Later, it was revealed the segments that appeared in the sizzle reel are what are now called “target renders.” In other words, high budget, prerendered CG sequences that visualize in ideal form the final product the developers are shooting for. Of course, when both Motorstorm and Killzone 2 did finally release, they didn’t quite match up to the CG splendor of those early teases, but Killzone 2 came pretty damn close. In this case, people chalked it up to the expected hoopla and marketing that a big hardware manufacturer is going to use to promote their machine, and people—however cynically—accepted it as just another part of the marketing process.

That’s not what happened with Aliens: Colonial Marines.

In 2011, Randy Pitchford and the rest of Gearbox tromped down to E3 in Los Angeles to show off the game to the press. CGM was there and our editor in chief witnessed the demo for himself, with Randy Pitchford commenting at the presentation that this was all actual gameplay, a point reinforced by a Gearbox employee with controller in hand running around the environment. Usually when an actual gameplay demo is shown off, what’s being shown is rough, and the developers will apologize for any obvious glitches, reassuring observers that things will be more polished and optimized in the final retail release. What Gearbox showed at E3—and what they continued to show at other events, including PAX—was a pretty playable game with effects worthy of a late generation release and a lot of fidelity to the source material. What ended up finally releasing was something that looked—and played—like it was a rushed, buggy launch title. Something catastrophic happened between the 2011 demo and the final 2013 release, and while many anonymous tipsters are giving lurid he-said-she-said details about it, we’ll probably never know the full story.

One thing is certain; this has shaken a lot of people and made them question the validity of early looks or previews of games. Destructoid’s Jim Sterling has outright declared he’s quitting the practice entirely because he feels like he was an inadvertent accomplice in lying to his readers about Aliens: Colonial Marines.

He’s not alone, of course. At this time, many journalists are looking at the ACM debacle and questioning the value of informing readers about a game if it’s going to make them look like they were on drugs at the time for giving such glowing reports. Kotaku seems to be in the process of re-evaluating the usefulness of any game preview that only consists of playing one level for a few minutes. A carefully controlled playthrough of one level that shows a game at its best could simply be a way of masking the fact that a game is only good for that 30 minutes of an eight hour experience. And yet at the same time, gamers want to know more about upcoming releases and a giant vacuum of information—as is being experienced with Final Fantasy Versus XIII —is just as frustrating. So what’s the solution, then?

These are things that both journalists and gamers themselves have been thinking about in the wake of Aliens: Colonial Marines. Perhaps it’s a topic that needs to be looked at. It’s definitely worthy of discussion, it’s just unfortunate that Gearbox and studio head Randy Pitchford had to bring the subject to light in such a disastrous way. Breaking trust is not how you want to start a debate.