How Much Does Story Matter? 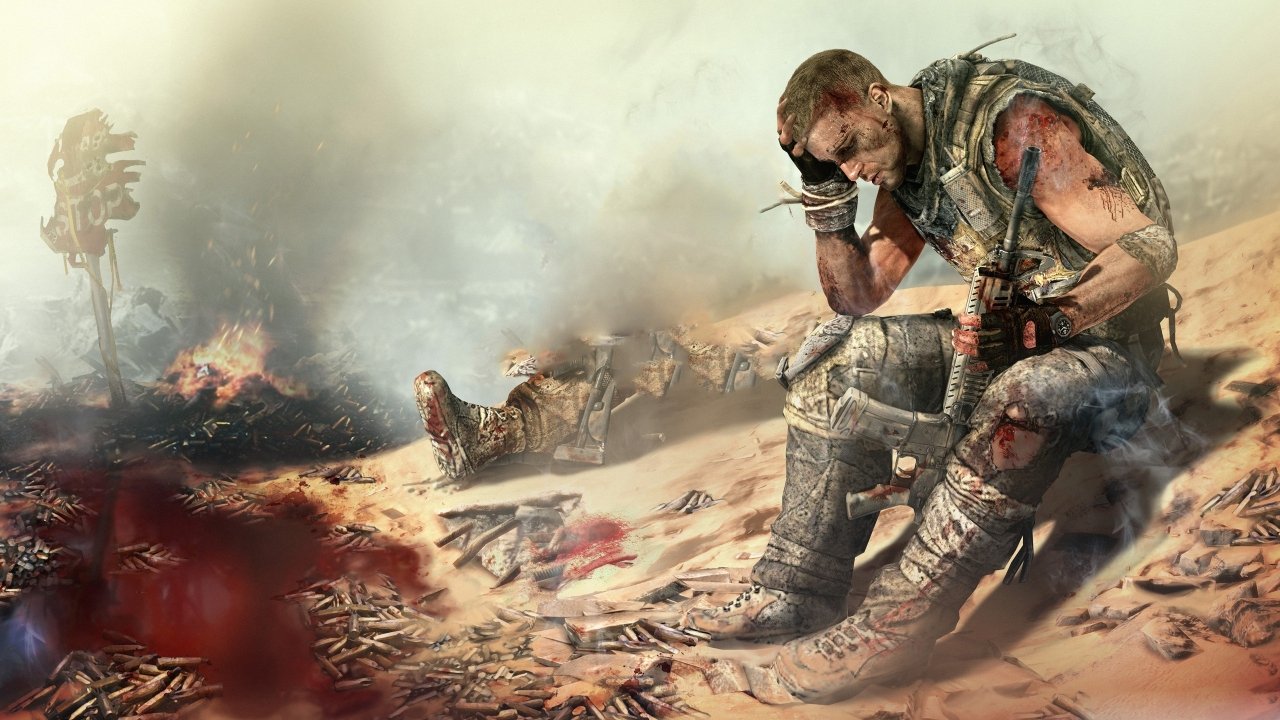 A video game does not require a narrative to sustain itself.

There has been a constant debate between gamers regarding the merits of gameplay versus narrative. Oftentimes, this debate springs up during discussions of Japanese RPGs, such as the Final Fantasy series. Arguably, Final Fantasy titles have strong narratives, but aren’t very interesting to play. As video games become increasing complex, the narratives that fuel them are becoming increasingly ambitious. Mostly recently, Spec Ops: The Line has been the subject of major discussion regarding its dark and mature themes.

When I began playing Spec Ops: The Line, I was wholly unimpressed. When I finished the game five hours later, my opinion had not changed. I had expected The Line to be an excellent story, encased in an exceedingly mediocre package of boring. Reports regarding the quality of the story had been greatly exaggerated.

Although Spec Ops: The Line pokes and prods at some difficult ethical questions, the overall product is lackluster. The game is a run-of-the-mill third person shooter, requiring very little thought. The game occasionally interrupts the stream of action to wedge in a story sequence. These segments present uncomfortable moral challenges. More unsettling is the fact that some of the worst decisions made by the protagonist are completely mandatory. The game forces players to make bad choices in order to beat them over the head the moral of the story. While the narrative is an interesting commentary on the horrors of war, the lesson it tries to teach is obvious at best, condescending at worst. By the time I reached the end of the game, I picked the worst possible option in order to punish my protagonist for making such bone-headed decisions. I was probably also punishing myself for playing through such a mediocre game. The attempt at complex story-telling didn’t save the game from mediocrity. Instead, all it did was highlight the blandness of the gameplay by contrast. The Line seemed to have neglected that the game around the story had to be interesting. Stories are certainly important, but video games don’t necessarily require good stories.

Games like Super Smash Brothers, Gran Turismo, and Minecraft require no introduction. Super Smash Brothers is a party game with a simple premise- beat the stuffing out of your friends using your favorite Nintendo characters. Why? Who cares? It’s fun. Gran Turismo is a racing simulator. There is no protagonist avatar, no overarching story, and no clearly defined narrative. Winning a certain race will make the credits roll, but the game isn’t over. There are plenty of other races to complete, all of which are equally as important and challenging. Why? For the joy of racing cars. Minecraft is a survival-based game of creation. There are monsters to defeat, resources to gather, and achievements to hunt for. Yet Minecraft is a game that never ends. There is no clearly defined protagonist. The default Minecraft avatar, Steve, is a generic stand-in for whoever you want to be. Steve isn’t even male, and Mojang has gone to lengths to ensure that Steve’s sound effects are gender-neutral. Steve isn’t out to save the world. Steve isn’t particularly interested in doing anything in particular at all, beyond what the player wants to do.
Minecraft, Super Smash Brothers, and Gran Turismo are all examples of well-crafted games that require no narrative in order to sustain themselves. All three are games that players have played for hundreds of hours, and will probably be played for a few hundred more. All three titles are hailed as excellent games, yet they have little in terms of narrative.

It’s not my opinion that all video games should all be long, aimless affairs that lack any sort of tale. Some of my favorite video games include the Metal Gear Solid and Uncharted franchises, both of which are as equally dependent on narratives as they are gameplay. Stories can be equally as important as the gameplay, without one overpowering the other. Games like Heavy Rain elevate the position of narrative in a video game. Rather than being simply a vehicle to carry the game forward, the narrative serves as the central driving force of the game. The gameplay is neither stilted nor boring, and the writing is consistent enough to keep gamers interested throughout the entire duration of the story.

Video game developers need to stop relying on plots as a crutch. Narrative is a powerful tool for directing interest. A video game is an interactive experience, not a novel or film. Video games need to be interesting to play, not interesting to watch or read. The sooner we realise that video games aren’t movies, the sooner we’ll start having fun again. And fun is the most important element in any video game.