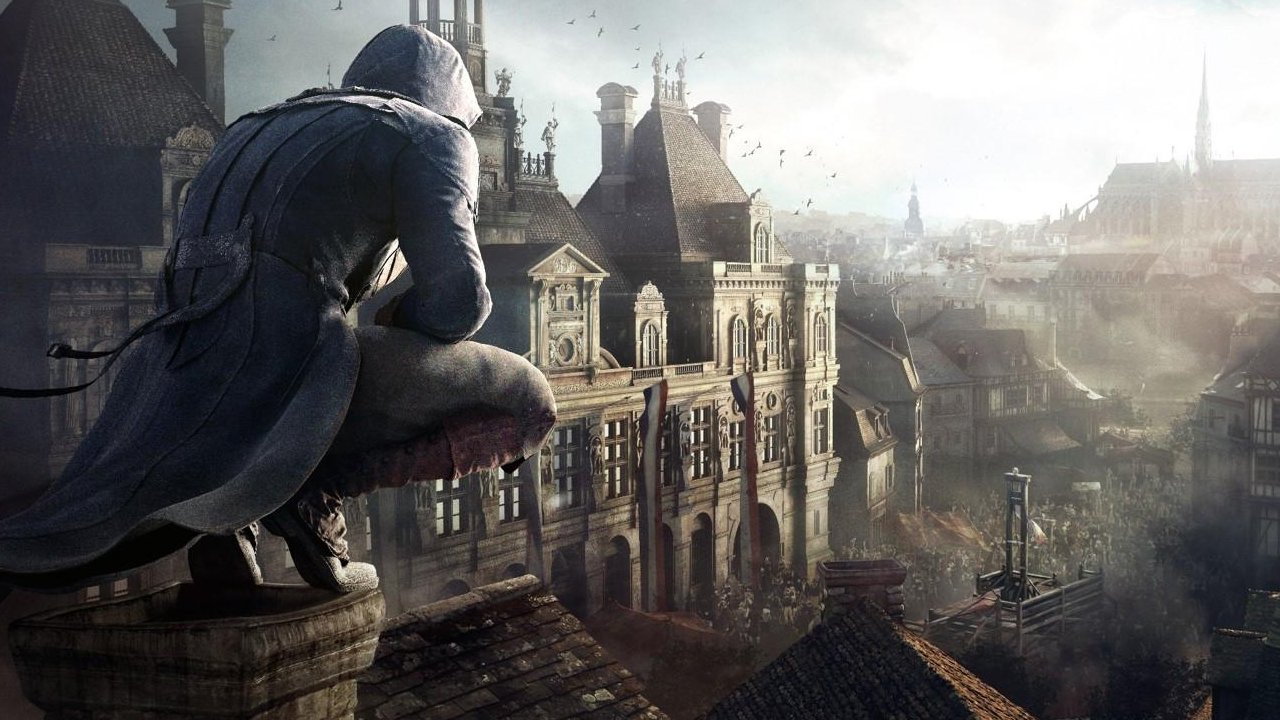 Last week CGM had the chance to attend the Assassin’s Creed Unity launch party. While at the launch party we had the opportunity to speak with Lesley Phord-Toy, a Producer on Unity about her time at the Toronto Ubisoft studio

CGM: You are a Producer on Unity?

Lesley: Yea, I’m a Producer in the Toronto studio.

CGM: So you did Splinter Cell?

Lesley: Yea, we did Splinter Cell.

CGM: Which one did you prefer, Assassin’s Creed or Splinter Cell?

CGM: What did your team do on Assassin’s Creed Unity?

Lesley: I’m a producer, so I’m in charge of the team in Toronto, and Montreal is the lead team, so we were the largest co-development partner on the project and our team in Toronto was responsible for approximately half of the city. So we built everything on the south side of the Seine River, which is the left bank of Paris.

CGM: Is that how you divide everything up? Do they say we’ll take the south side and you take the other side. (laughs)

Lesley: Well, it was actually divided in a different way and then we kind of went through a few iterations, and then we decided to split it another way. It just made it easier. It’s kind of funny because at some point we realized “Oh, but who’s actually doing the river?”, you know, and the bridges and stuff. But it actually worked out really, really well, and there are seven districts that we made in the city. There are three districts on each side of the river and then there is the Île de la Cité, which is the island in the middle of the Seine River. So we built everything on the left bank, including approximately half of the co-op missions and a bunch of the side content and things like that.

CGM: For Unity you were working with a historian. Did you guys enjoy working so closely with the historian?

Lesley: Absolutely, because the French revolution is such an interesting time in history. It’s extremely chaotic and bloody. So as you start learning about it you’re like “holy crap!”. There were fanatics and so it was like you either wanted to behead everyone you saw, or you wanted to behead most of the people you saw. That was something Alex Amancio, the creative director, said once and I thought it was really funny. As a developer it’s really rewarding to learn about this very, very significant portion of history, and to realize that it didn’t happen that long ago. And how it was the turning point for the abolishment of the monarchy and it was the birth of equal rights for men, and eventually women down the line. So it’s a really significant portion of history.

CGM: Is it a little easier when working with history; rather than having to create everything yourself?

Lesley: It’s interesting, because when you are given a blue sky, like do anything, it’s actually harder to come up with stuff. You have to create your boundaries. So working within the framework of history, it pushes innovation because now you are dealing with challenges that you can’t change.

So, for example, we play as assassins, and it’s the age-old story of assassins versus templars, and we were researching possible assassination targets, you know people in real history that could be potentially considered templars, but so many people were beheaded during the French revolution that it was really hard to find plausible targets that you could actually assassinate in the game.

CGM: That didn’t get beheaded in real life?

Lesley: Yea, exactly. So it’s like we can’t use that character because they got beheaded in real life. So it was kind of funny that there were so many important characters in that time period, but they all got beheaded at the guillotine. (laughs)

CGM: You’ve managed a few teams now. Did you find that they preferred developing for the old generation or this generation?

Lesley: We really embraced developing for the new generation because Assassin’s Creed [Unity] is exclusively built for next-gen. Like this game won’t run on the previous generation, and what’s really rewarding is we can push boundaries. We have a brand new rendering engine, the world looks beautiful, we have all this great light and we were able to build this city close to a 1-to-1 scale, which means you can go inside almost one-quarter of all the buildings, you can explore underground networks, so it’s a really deep world. And then to populate the world, make it a living, breathing world, we’ve got thousands and thousands of NPC characters on-screen at the same time. So there is a lot to play with to realize the authenticity of that time.

CGM: What was your favourite part about working on Unity?

Lesley: It’s very personal to me, but I loved working with my team. To come here today and see the game up on the big screen, I’m so proud of the work that they’ve done, and there was a lot to play with too. I mentioned that the game was revamped from the ground up for next-gen, but then Montreal took the charge in revamping the three main gameplay pillars of the game as well. So that’s combat, stealth and parkour. We were able to use those new pillars. So with combat we could create missions where the enemies are smarter, more strategic. You can’t just run into the middle of a whole bunch of guards and just button mash. It was really rewarding to start creating missions and situations where you could use your brain a little bit and think a little bit more; as well as for stealth. So know we have a real stealth mode. Again, it was about creating environments that were more strategic. And then with the new parkour, you can parkour up, you can do a controlled decent down, you have a lot more freedom as a player. You can go up, over, through, underground, so it was really rewarding as a team to build the city and to take advantage of all those new gameplay pillars.

CGM: So it was great developing for the PS4, but was there also a lot of challenges moving from one generation to creating an Assassin’s Creed game exclusively for next generation?

Lesley: Well I think the hardest thing is that you’re building new tech. We didn’t keep any of the base technology, but we did keep some of the tools and revamped them for next-gen. So the hard thing is building a game while some of those things are still a bit fluid. Some things came kind of late. We had started building a lot of the architecture, and buildings of the world, before our lighting system came online. But we have some really smart guys and gals on the team who were like “these are your dimensions and the things you need to take into account,” so when the lighting system came on everything just sort of turned on and it looked beautiful; it looked like a painting.

CGM: I can imagine building for the PS4 must be exciting because you can push the boundaries more.

Lesley: Well you still get in these situations where people go crazy and you have to pull back, but we were able to push so many boundaries and we are really thrilled with the way that the game turned out.

CGM: If there was one thing you could tell people that they had to see in Unity, what would it be?