Hello and welcome once again to Patch Notes, C&G Magazine’s bi-weekly column focusing on DLC and patches. In today’s column I’ll be talking about Gotham City Impostors and why I think Monolith needs to give players more credit. So sit back, and read on as your games update. 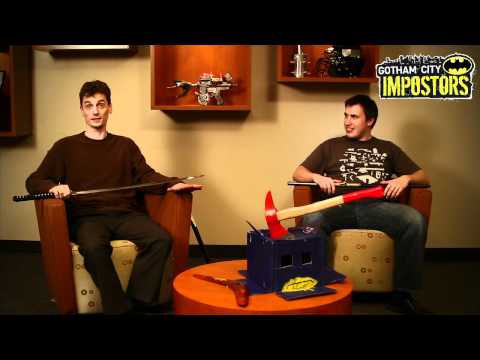 Earlier this month when I reviewed Gotham City Imposters, I noted that the game really needed a patch. Fortunately the developers over at Monolith have been teasing some free DLC since the game’s release. In addition to some new content and maps the main feature of this incoming free DLC is supposed to be drop-in matchmaking. I really don’t think that adding something like drop-in matchmaking qualifies as DLC but hey it’s free so I’m not complaining, well actually I am. It is understandable that Monolith would include this feature in a DLC pack so as not to draw the ire of the multiplayer shooter community for releasing a game that is missing a key feature but face it, this is a classic case of developer misdirection.

Monolith: “Hey kids, we’ve got some free DLC right here in our left hand. You get this shiny Katana, a new map, and some fun new costumes.”

Players: “Oh cool, thanks Monolith, but what’s that in your right hand?”

Monolith: “Oh nothing, just some random piece of code that will allow you to actually find a match in a reasonable amount of time.”

Players: “Shouldn’t that have been in the game on day one?

These are in no way actual quotes from actual players or in anyway quotes from Monolith the developers of Gotham City Impostors. It’s simply my example of the dialogue that I feel has been had with GCI’s players at least according to my brain. I really wish they’d give players more credit. Even in the video posted above they’re trying to make drop-in matchmaking seem like a big feature. I’m sorry guys I know your being silly to promote the game and keep things light but dammit where was this feature a month ago?

I’d also be a little more excited about this DLC if they actually deployed it across all platforms instead of picking and choosing. Xbox 360 players got this DLC last month. PC players just got it earlier this week and it looks like PS3 Impostors will be wielding the Katana and finding a match in a timely fashion by the end of this week, hopefully. I do feel like a bit of curmudgeon complaining about this but just because it’s free doesn’t mean it’s good. I really do feel that drop in matchmaking should have been there for all platforms from day one.

All that bitching aside, additional content free of charge is actually something that game developers have been doing for a long while. The best example of which would have to be Valve’s Team Fortress 2 which has had so many updates that even a veteran player like myself (I say veteran because I started playing TF2 before any of the content updates, ahhh the good ol’ days) is able to count. For years now Valve and the TF2 team have been releasing, weapons, maps, new gametypes, and of course hats to PC players absolutely free of charge. I have seen the landscape of this game change dramatically over time, leaving some players wondering is it possible to have too much of a good thing? Yes and no. Keeping the game fresh with new content is a great way to get new players to join the fray but changing things is also a good way to alienate your current fans, just ask anyone still playing Counter-Strike, that game hasn’t changed a lick in years and the community likes it that way. Free DLC is at best a double edge sword and if handled correctly a developer should be able to at least dull one of those edges.

Returning to my original point, free DLC is all well and good but it shouldn’t be used to add a key feature that should have been there from day one. I’m glad Monolith is finally releasing this content and the added drop-in matchmaking feature, but I really wish they’d waited until the game was totally finished before releasing it. That’s another thing, using patches and DLC to fix a game that was shipped broken is something that really pisses me off but that’s a rant for another day. So while it may have come a little late and wrapped in a big shiny bow I do feel that GCI players will welcome this DLC with open arms because at it’s heart it’s free and it will make playing the game a better experience for everyone involved.

So where do you weigh in? Should drop in matchmaking have been there when Gotham City Impostors was released? Should Monolith have deployed this update on all three platforms at the same time? And does anyone else agree that it’s unfair that Canadian games have to pay an extra five dollars for this game on Xbox 360? Drop a comment below and join the conversation.