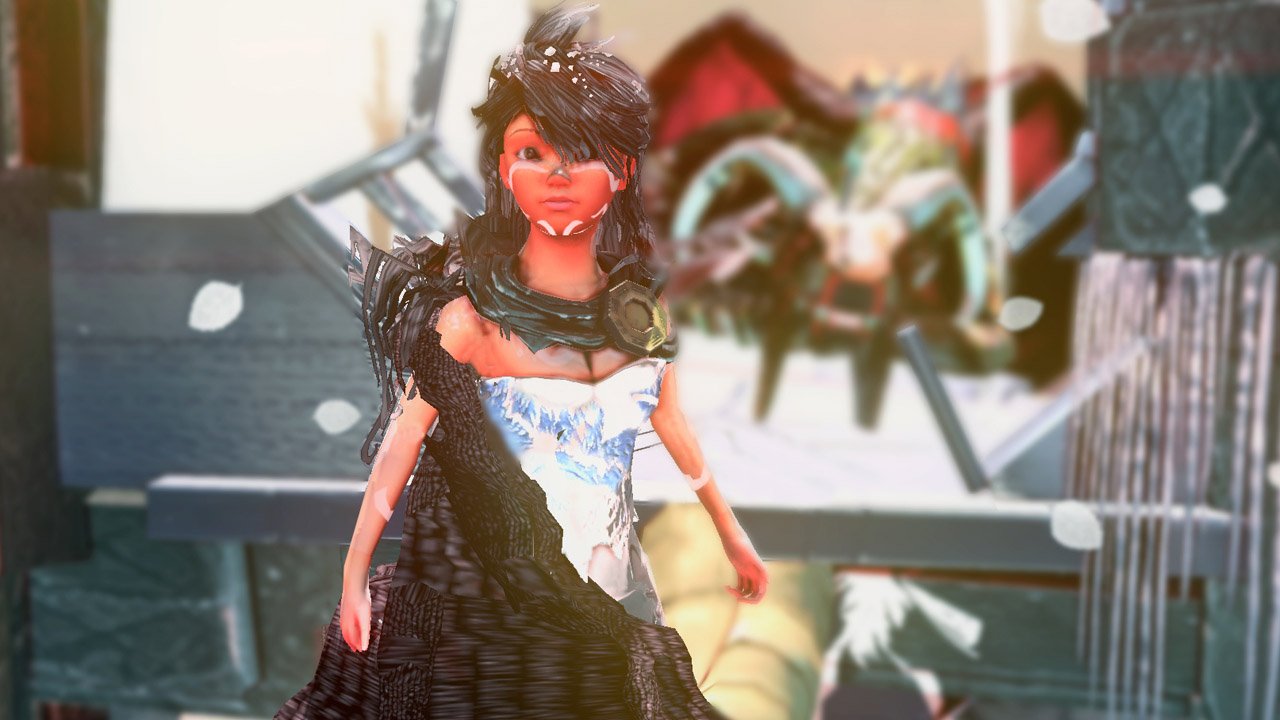 With its large, vibrant and increasingly wealthy and learned population, Brazil may soon be a wellspring of great games. But that’s mostly a dream at the moment: as it stands, the nation has very, very few developers. One of them is fledgling indie studio Swordtales. Its website proudly states, “We believe that the dream of making really cool, relevant and captivating games in Brazil is possible.”

Not content with making some match-three mobile clone, Swordtales’ first effort is a puzzle/adventure game called Toren, and it’s an ambitious one. The game aims to be “an introspective and captivating journey using the most deep concepts…  Built around an epic poem, the game takes the audience in a torrent of discoveries about the greatest myth of all, the meaning of life.” The developer’s blog asks all kinds of abstruse questions, like, “What if a little girl could interact with a tree during her lifetime?” Toren, it says, seeks to be Braid meets The Legend of Zelda, although comparisons to Ico may be more apt.
Judging from the demo we were given, Swordtales has a way to go to reach their grandiose goals.

The demo begins with the player character, a wild-looking girl with a magic sword in hand, facing down a dragon on a bridge. She’s no match; the dragon’s very aura turns her to stone. Then we briefly control her as a baby, crawling toward the sunlight.

The gameplay begins in earnest with the girl attempting to scale a bizarre structure — Swordtales’ subversion of the archetypal fairy-tale princess trapped in a tower. Over the demo’s 30-minute length, we engaged in some light combat and puzzle-solving, grew a tree, faced off with the dragon a few more times and took in some rather bizarre sights.

The game’s greatest strength is immediately obvious: Toren boasts rich colour, great atmospheric lighting and coarse, earthy textures. The tower’s strange architecture would look at home in a Hayao Miyazaki movie. While the presentation stumbles a bit technically (the girls’ hair, in particular, could use some work), Toren has top-notch art direction.

The message of the game is, at this stage, completely inscrutable. I came across a spyglass early on that let me see scraps of poetry on the horizon, floating next to a huge figure of some kind. However, the lens shattered almost immediately. A second spyglass lasted only about 30 seconds, denying me time to read and ponder the messages. Later on, the child protagonist spontaneously became a young woman, leaving behind a pool of blood. (Perhaps Toren will be gaming’s first in-depth look at menstruation?) And of course, only time will tell what the child, tower, dragon and tree are all meant to represent.
The presentation and intriguing metaphor will certainly draw people to Toren. As it stands, however, everything else is a mess. The combat is terribly wooden and imprecise, the puzzles are rudimentary, the translation is awful (“Press any key down button”) and the bugs are many. One time the game locked up after I fell off the tower, forcing me to reload a checkpoint. The dragon was especially unstable, grabbing me from 20 feet away or freezing or sliding across the map. Once it simply disappeared. Sometimes my jump would have too little momentum, and I’d just hop in place. Sometimes it would have too much momentum, and I’d float for 10 feet. Sometimes I couldn’t jump at all. This all occurred in the span of 30 minutes.

It feels wrong to be too harsh, since this was just a demo from an inexperienced developer that is obviously bursting with ideas. And it’s always more admirable to try and fail than to settle for mediocrity. But looking at this project as it stands, I fear Swordtales may have bitten off more than it can chew. That said, we’ll all be richer if I’m proven wrong.

Toren is set to release sometime this year for PC, Mac and PlayStation 4.