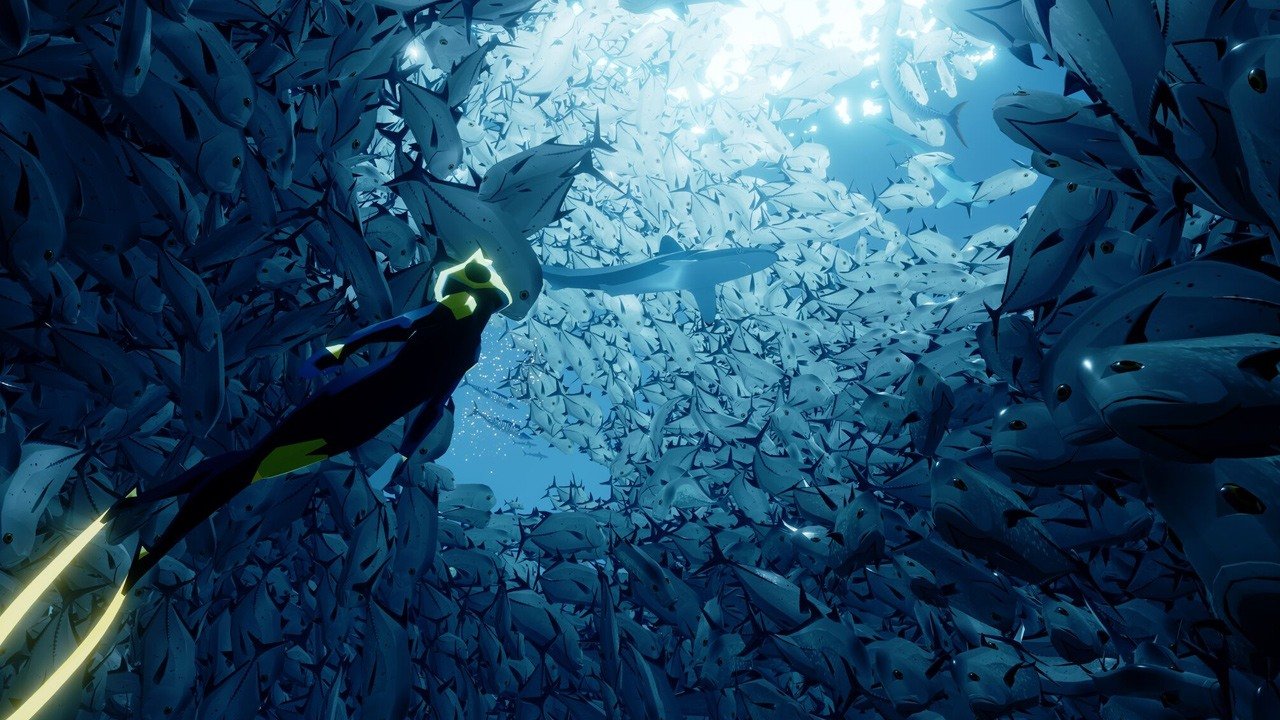 The graphical stylings of Abzu may seem familiar to anyone who played the critically acclaimed PlayStation exclusive Journey, as the art director of that game, Matt Nava, is the lead of this project. Both games also share a composer in Austin Wintory, and a genre, as both are linear story-driven exploration game. However, this is single-player only, underwater, and coming to PC as well as PS4.

While story details were scarce in the short demo I played, I was able to spy some paintings that alluded to the origins of the humanoid character I was playing as. At first glance, you might think she is human, but no humans I know can swim fast enough to jump out of the water like a dolphin or communicate with fish. Plus, my demo ended with me entering a giant alien looking underwater structure. I was certainly left intrigued and wanting more. 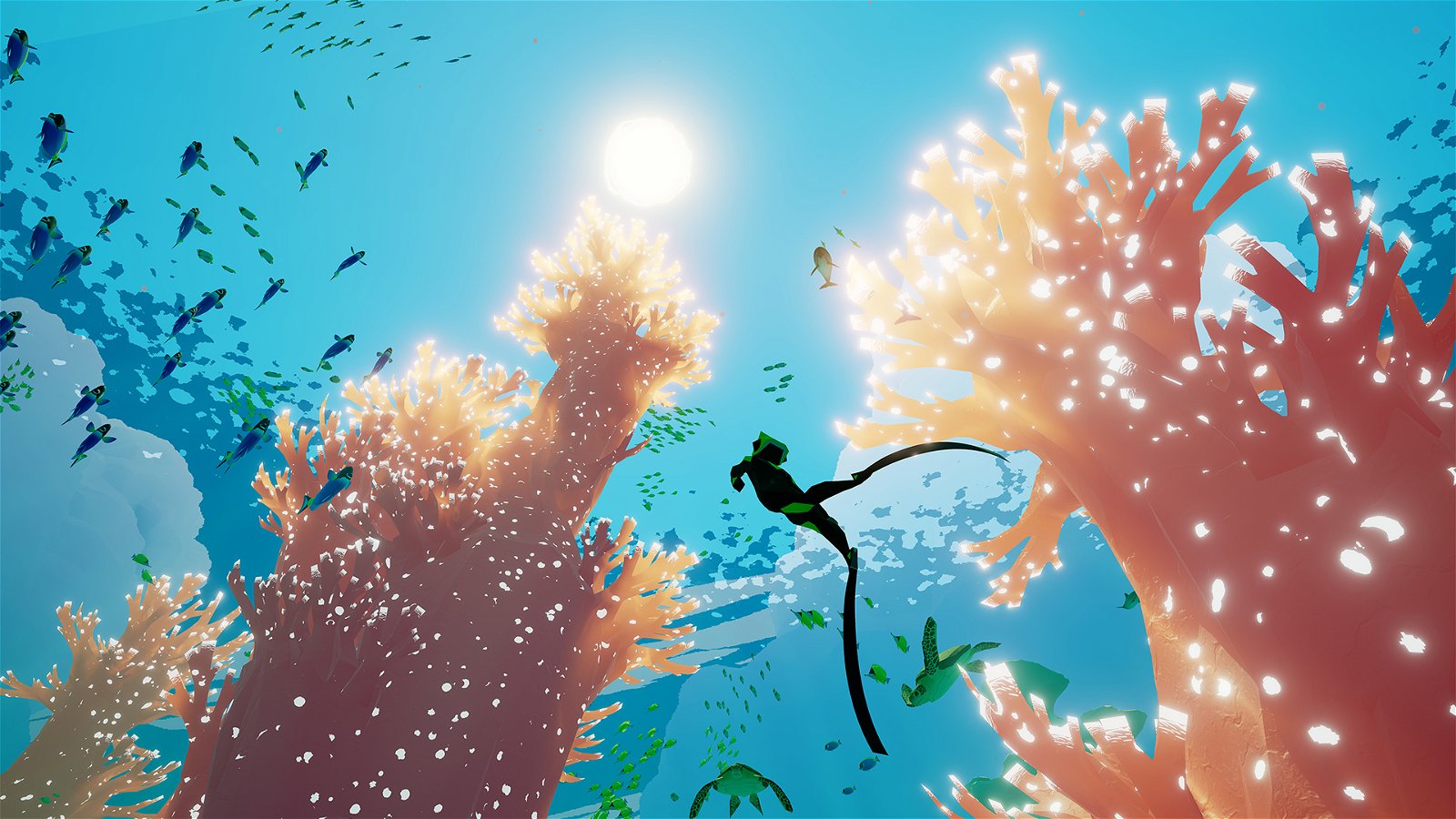 After playing an overwhelming amount of violent games on the show floor, Abzu’s calm exploration in a beautiful subterranean environment was a welcome change. The core gameplay consists of casually swimming about looking for small drones that need to be activated in order to progress. No need to worry about air or drowning, as no such mechanic exists. During your journey, you can swim alongside schools of fish, find meditation points that let you take in your surroundings, and even grab onto and control large fish allowing you to get around faster or watch them feed.

You may be thinking, “but Jed, I hate water levels!” Trust me, so do I. But Abzu doesn’t feel like any water level I’ve played before. The game is a lot closer to Ecco the Dolphin than anything else, but with Journey’s casual pacing. While not a horror game, there were certainly a few scary moments in my time with the demo, though I’ll spare you any spoilers as the game is rather short.

Those just looking just to complete the game from start to finish can expect two to two and half hours of gameplay, while completionists should be able to squeeze around four hours out of the game.

Twenty dollars may sound steep for four hours, but if the same quality and care go into this that went into Journey, then I’m sure it will be worth every penny. It was easily my favorite game on the show floor this year. We will find out how the whole product holds up when it launches on August 2.