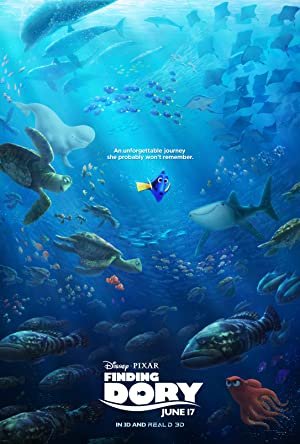 With the exception of anything with the words “Story” or “Toy” in the title (though not necessarily in that order), Pixar sequels should be approached with caution. Not only does the production of one of these follow ups delay the studio from delivering their next brilliant original effort, but these aren’t even necessarily projects that the good folks at the studio even wanted to make. The company is part of the Disney empire after all and certain Pixar projects make better merchandise, so there are now demands placed on the company that stretch beyond their creative goals. Finding Nemo was certainly never a movie that seemed to warrant a follow up, but thankfully the one that arrived will hardly tarnish its legacy. Finding Dory might not quite match its predecessor, but it’s certainly better than the mess of Cars 2 and the mediocrity of Monsters University. The beauty, humour, and heart of the original movie certainly return. The only problem is a mild sense of déjà vu, but thankfully not enough to be a deal breaker. 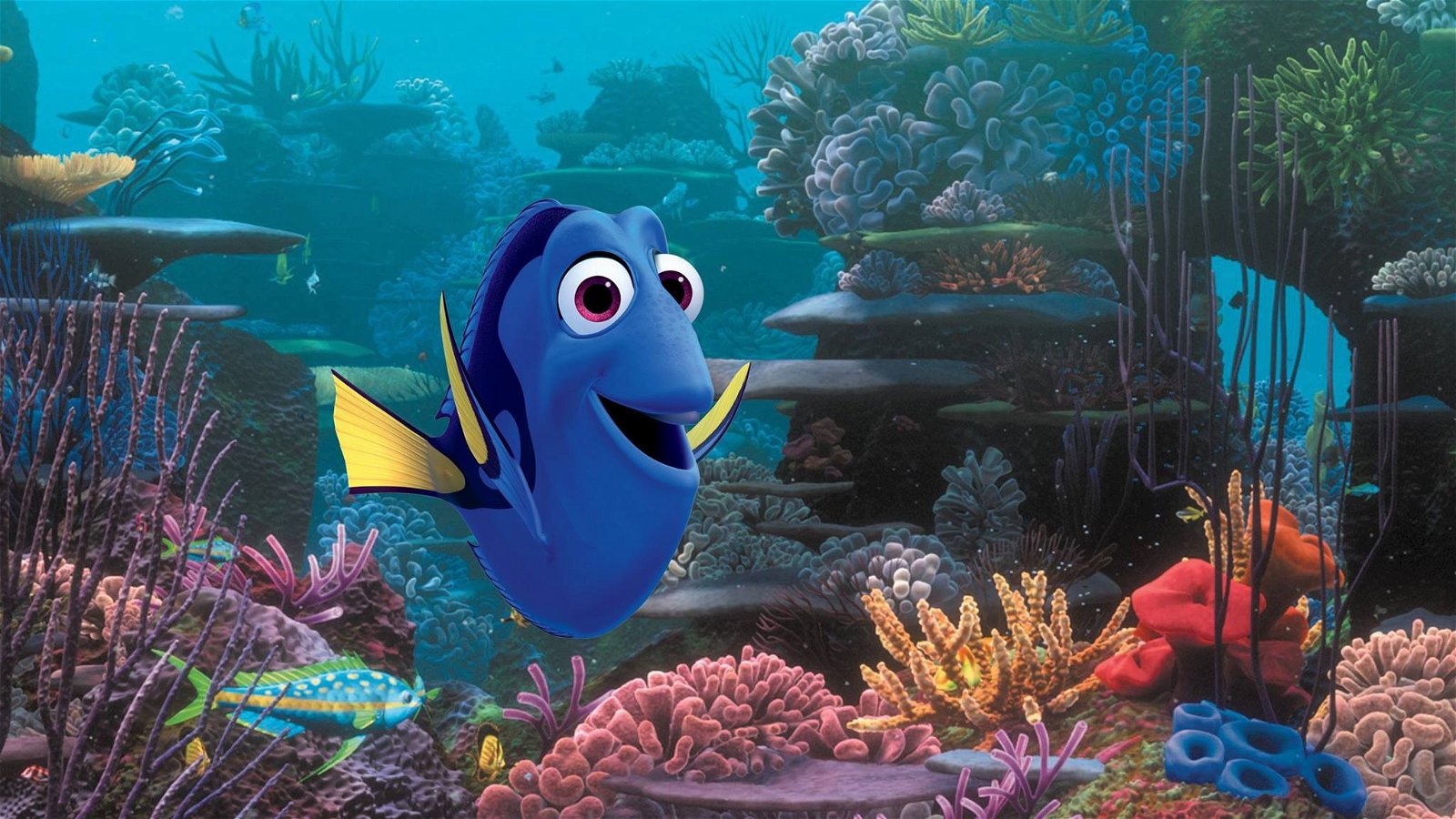 Mirroring the iconic and tragic opening of Finding Nemo, this tale kicks off with a prologue guaranteed to make the parents in the audience misty. This time we see Dory (Ellen DeGeneres) as a child struggling with short-term memory loss and her loving parents (Eugene Levy and Diane Keaton) inventing games to help her cope while worrying about her future. She loses her parents, but grows up into a content adult who is able to survive and even thrive with her condition thanks to kindness and good humour. The extended intro ends when Dory meets Marlin (Albert Brooks) in a familiar scene from the last movie. Then we flash ahead to sequel territory where Dory has suddenly remembered that she lost her parents and is determined to find them. Marlin reluctantly agrees to help, following a little push from Nemo, and the sequel settles into reprise territory of a few greatest hits from last time. However, the destination is far different and takes up at least half of the running time. You see, Dory is from a large-scale aquarium. Which is obviously a tricky beast for fish to enter from the ocean. Cue comedic fish heist aided by a surly octopus (Ed O’Neill).

So, there’s definitely plenty of repetition in this follow up. Another trip with the surfer turtles appears and there are some pretty hilarious silly sea lions taking the place of the lovable dopey seagulls from last time. The aquarium heist portion of the movie feels particularly repetitive. Sure, it’s a more elaborate fish escape sequence than the dentist office adventure from the last go around and features some down right stunning animation, but it’s ultimately more of the same. The sequel features a surly octopus delightfully voiced by Ed O’Neill to provide skepticism to counter Dory’s relentless optimism, but Marlin/Nemo’s quest often feels tacked on purely to keep those popular characters in the cast. It is still rather funny though, with folks like Bill Hader, Kate McKinnon, and Idris Elba providing amusing extended cameos to pile on the laughs and a hysterical appearance from a certain iconic 80’s actress that somehow only seems to get funnier every time she pops up. Yet, as silly as things get and as delightfully elaborate as the action sequences become, something feels oddly lacking compared to Finding Nemo. The set pieces often feel a bit forced to fit franchise requirements, giving the whole movie a case of sequelitis.

Thankfully, where director Andrew Stanton and co. don’t disappoint is in the emotional core. Finding Nemo might be beloved family entertainment, but it was also one of the first Pixar joints with a gut punch well of emotion that reduced every adult in the audience to sniveling tears even if they wouldn’t admit it. The way Stanton draws out Dory’s memory loss into something real and teases the struggle of parents raising a child with a mental disability (as well as adults learning to cope with their condition) packs a genuine whollup. What was once a comedic side character poking fun at fish memory (or the lack there of) is now a potent protagonist who sticks deeply with the audience. DeGeneres gets a lot of mileage out of clueless humour once more, but this time also plays things dramatically and delivers a performance above and beyond what many would think she’s capable of. Hinging the sequel on Dory seemed like a Cars 2 style commercial calculation when it was announced, but thankfully that decision proved to give this sequel a strong message and heart-warming core that is completely unexpected and wholly satisfying.

It also goes without saying that Finding Dory serves up the most beautiful CGI animation that we’re likely to see this year, with the endless blue ocean offering hypnotic eye candy and the aquarium escape serving up some of the finest set pieces the studio has ever delivered. The sequel follows the Pixar formula to the letter; serving up a mix of heart, humour, and spectacle in perfect balance. If anything, the movie follows the studio formula a little two slavishly, feeling somewhat predictable towards the finish line as Stanton ticks off all the necessary boxes. Still, these are concerns that will only bother those who Pixar obsessives. Kids won’t notice and their parents will be so pleased that they aren’t suffering through Ninja Turtles again that they won’t care. That’s all that really matters after all. This is of course a family film for the masses and it’s unlikely there will be a better CGI crowd-pleaser this summer for giddy tykes and parents pretending not to cry.

This is of course a family film for the masses and it’s unlikely there will be a better CGI crowd-pleaser this summer for giddy tykes and parents pretending not to cry.
REVIEW SCORE
8.5
File Under: Disney, Pixar