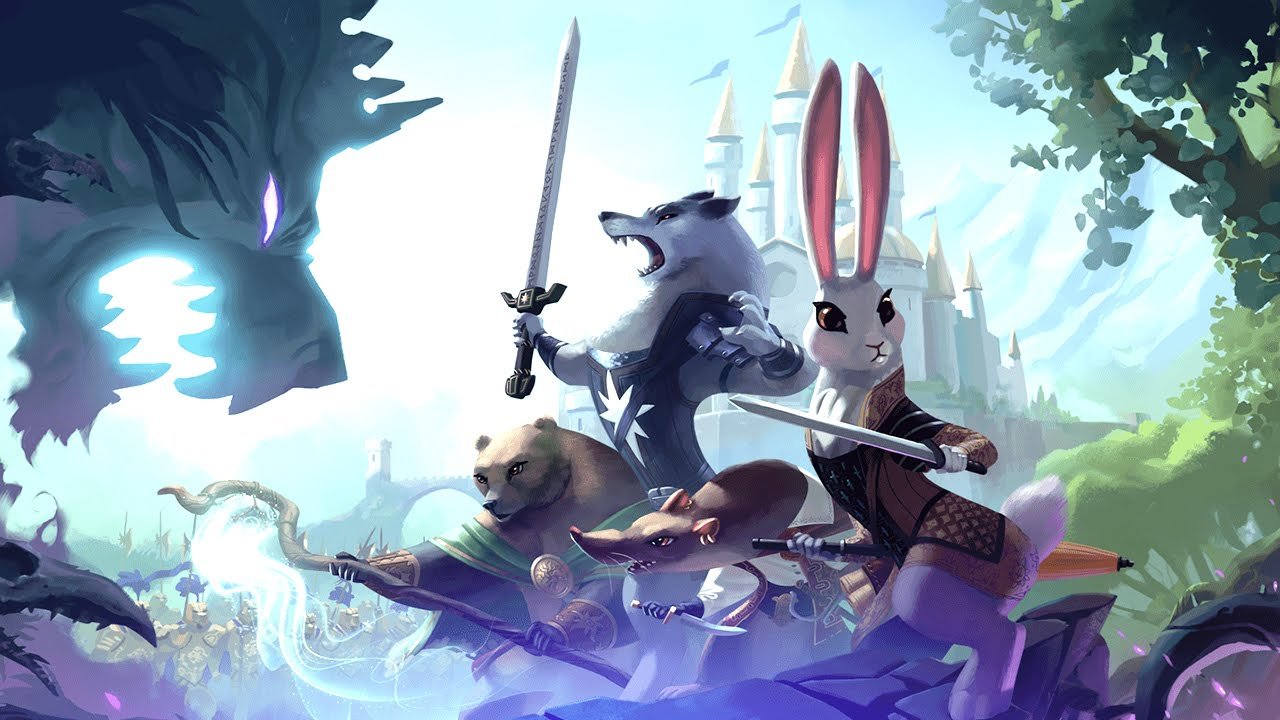 I had no idea what Armello was when I was asked to have a look at it at E3, but the image from the PC game that’s coming soon to the PS4 was all I needed to say yes: it was an assembly of medievalist fantasy anthropomorphous animals. Sold.

The quickest way to sum up Armello is that it’s a strategy game with RPG elements in the artistic spirit of Disney’s animated Robin Hood and Mouse Guard. But Armello is more than an art style; it’s a deep, fast paced strategy experience with a lot of character.
Using a concept called “fuzzy turns”, Armello picks up the pace of the strategy genre. Instead of passively watching your opponents move, you can manage cards and prepare defences between turns. Gameplay is complex and deep, and some choices, such as cards played during combat, are timed.  You’re constantly on your toes and thinking fast, but you also have to think critically. It’s still a turn-based game, so looking – and planning – before you leap is essential.

Armello incorporates two types of strategy: board game style turn-based movement, and collectable card style buffs, items, and spells. The cards are used both while navigating the hexagon-based map, and during combat. The great thing is that cards replenish at the beginning of each turn, so you don’t have to hoard them. This adds to the fun, since the various cards you can “burn” dramatically changes the outcome of a battle.

Of course, the furry angle came up during my game time. The devs didn’t know about the furry community going in, but they’ve apparently been embraced during its time on Steam, and they praised their fur fans for their feedback and support.

There’s plenty to praise beyond strategy fundamentals as well. There are a lot of variables to manage, a large range of characters and factions, and a lot of choice in how to play. There are also little controller flourishes like swiping forward on the PS4 touch pad to roll the dice that add a bit of performance to your play.

For my demo, I decided to be a rat; a sneaky character strong in wits, politics, and evasion. It’s really easy to miscalculate if you’re not paying attention, and my rabbit and wolf opponents were quick to capitalize on mistakes while a bear shaman wandered around doing her thing. Once I got the hang of the various cards, points and stats I had to watch for, though, I managed some highly satisfying victories against some ominous vultures and the bunny. Ha! Take that bunny! Behold my ratty might!
Despite its tactical difficulty, Armello is an all ages game, and while it’s too challenging for younger children, it’s one of those fabulous games that offer enough challenge for older kids, discouraging them from transitioning to graphically violent games too early because they’re bored of the age-appropriate offerings. But the bulk of Armello players are likely, and will likely be, adults looking for a different experience which still has a lot of breadth, depth, and, okay, a lot of cuteness too. There’s just a head space that comes with anthro animals that is undeniably charming, and it adds to the fun to play as something other as human in a game that can get quite cut-throat. So if you’re a strategy fan, Armello‘s E3 demo offered compelling reasons to put your CSI-induced fear of furries aside and give the game a try.