Bigmoon’s Demons Age has Potential to be a New Classic

So called “cRPGs” (classic RPGs akin to titles like Baldur’s Gate) have seen a resurgence in recent years due to the efforts of studios like Obsidian and Larian Studios. What was once a niche genre is now once again commonplace on both consoles and PCs, and arguably in a stronger state than ever before. Demons Age, from the polarizing Trapped Dead: Lockdown creator Bigmoon Entertainment, is another attempt to add fuel to the fire. 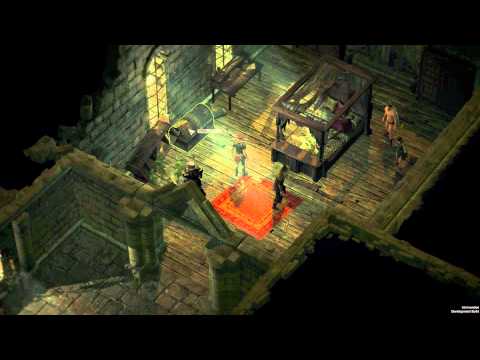 I’m intrigued by the Demons Age lore so far, specifically how each fantasy race relates to one another. Originally they lived in peace, until humans basically blew up their peaceful existence (of course) by way of trade routes and greed. It’s because of this chaos that Vazuhr, lord of darkness, decided to jump back into the fray and muck things up even further. All hell literally broke loose, and although the demon was subsequently banished, some evil remains. That’s where you come in!

Like many cRPGs, Demons Age starts off bleak. The player character begins aboard the “Wave Tamer,” a slave ship that goes off course and crashes, kicking off the adventure. Immediately, you’re allowed to choose between a number of preset characters — your character can be male or  female, and one of a number of standard fantasy races, including human, dwarf, halfling, elf, and dark elf, with a further delineation of wizard, ranger, cleric, fighter, and rogue classes. Diving in with a dark elf fighter, as I tend to do with western RPGs, and choosing the middle ground of the three difficulty levels, I washed up on a beach and was soon greeted by an emissary of a king, who granted me a chance to earn back my freedom. It’s a quick start, that’s for sure.

Bigmoon opted to go with a turn-based battle system on this go-around, which takes place on a hexagonal plane. This allows both players and enemies to easily navigate around terrain even if it’s a little cramped, and you always know where your party is headed at all times (made even easier by maximum movement values, so you know how far you can go).  It can feel a little slow at first (and to make matters worse there’s no option currently to speed things up), but once you start picking up party members, the pacing gets a bit better.

Yet, that adherence to old school sensibilities makes the game a little less accessible for people who don’t already partake in cRPG play, as Demons Age is pretty unforgiving even at the start. You’ll encounter your first set of enemies in seconds flat, and have basically no equipment or abilities to your name. Controller support in the preview build alone is a good look though, as is the manipulation of the camera with the right analog stick. That’s partially because Bigmoon is developing the PS4 and Xbox One editions side by side with PC, so everyone will (ideally) get the same experience at launch.

As someone who grew up with cRPGs, Demons Age, while a little rough at the moment (the world is a tad generic and it doesn’t do a lot to set itself apart), has a solid foundation. I’m looking forward to seeing where Bigmoon goes with the narrative, as they’ve set up a neat little world from scratch. Also, the battle system has a lot of potential, and should really shine once more classes are in the mix. I’m not exactly sold yet, but there’s potential here.