Games of Glory Preview – Not Your Daddy’s LOL 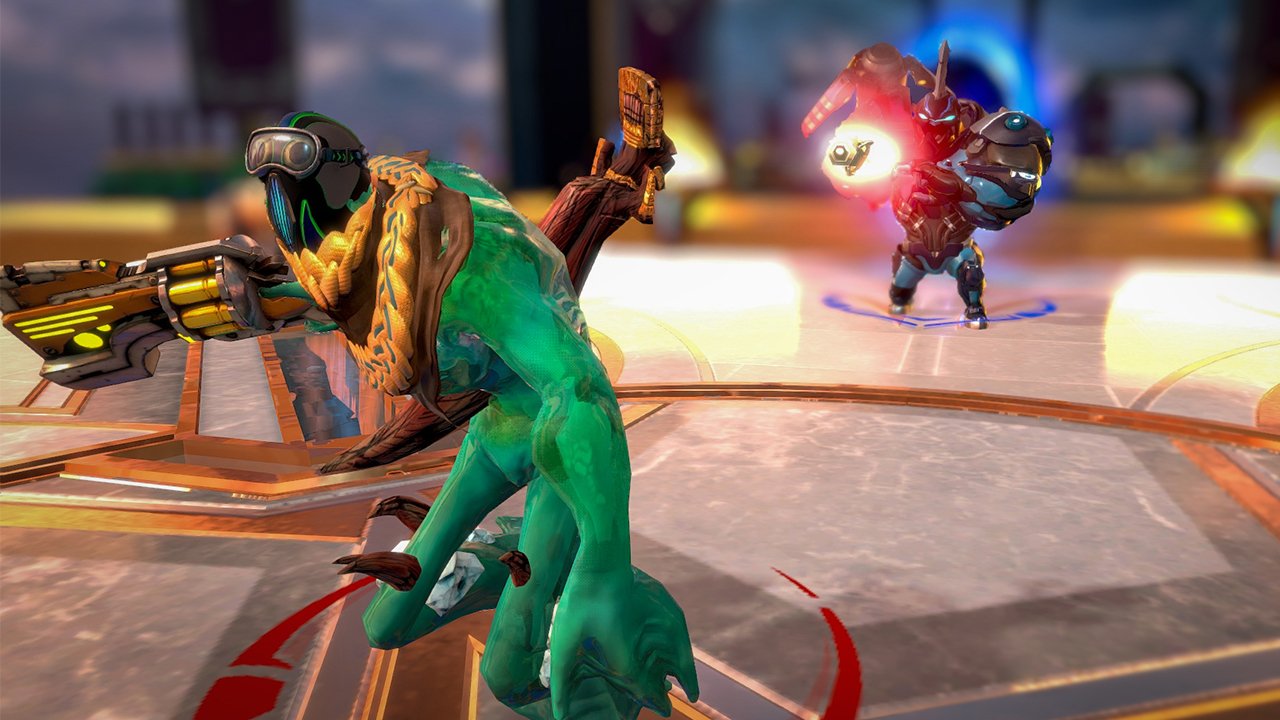 At first glance, many could look at Lightbulb Crew’s Games of Glory and pass it off as another click em’ up MMOBA in the vein of League of Legends, but they’d be wrong. Obviously, it’s hard for any title, let alone one that borrows a similar top-down aesthetic and team-based, hero driven gameplay to stray from comparisons to one of the biggest and most influential titles in the video game industry today, but Games of Glory feels more akin to a twin stick shooter than a MMOBA.

To start, Games of Glory is a free-to-play title, and one of a few games available for cross-platform play between PC and PlayStation 4. But even with that, neither platform would leave players at a disadvantage. Games of Glory utilizes twin stick shooter controls for players using a paddle but the familiar basic click-based WSAD for keyboard and mouse, and both options work well. Players are also encouraged to build communities by creating clubs. Club admins can create a logo, a catch phrase, and specify the types of players they’re looking for (experienced, casual etc.) and even create special skins that proudly display the team colours. It’s an interesting bit of community building, and while that extra bit actually falls under the “paid” category, I’d argue that it’s less of a blatant cash grab than similar titles in the genre.

Those skins add a bit of customization to a cast of characters that are already pre-set. Borrowing the “hero” style gameplay prevalent in more recent shooters like Blizzard’s Overwatch and 2K’s Battleborn, players can choose from a pretty large variety of characters, all of whom have completely different play styles along with special perks or specials, but they’re not restricted in their attacks or the weapons they wield. Players choose a ranged and a melee weapon and are encouraged to bounce between them in any given situation. As the battle progresses, the weapons and specials can be upgraded, with players dropping back to basics at the start of a new game.

That’s all par for the course, but what was really interesting was how intimate these battles are in Games for Glory. Now, in my preview demo, I only played for about an hour, trying two different maps across two different game modes, but compared to other titles, these seem a little smaller, though that could be thanks to my time being a closed session. The first mode I played was a standard MOBA affair. There are two bases across from each other with certain areas to capture between them. Players have to try to take over these areas to weaken the enemy’s shields to eventually attack their main base. While this was a fun, hectic experience (one I learned I am not good at) it felt familiar. The second mode I played required one player from my team to be the “star.” In this game, players must defend their star while trying to take out the enemy’s star.  Though I only played against bots, this type of game can get really frenetic, and with more humans, it could be the biggest attraction for Games of Glory—even if the rounds are relatively short.

Games of Glory is now in open Beta, and definitely worth a shot. It’s encouraging to see an emphasis on bridging PC and console players while not putting either at a disadvantage. It’s very easy to look at this title and dismiss it as another League of Legends knock off, but Games of Glory does enough to at least appear to try something a little different.