When Injustice: Gods Among Us first released in 2013, it was awesome. It’s kind of weird to think a full-fledged DCU superhero fighting game hadn’t already done, or at least in such a popular manner. Yeah, there was Mortal Kombat vs. DCU, but for a variety of reasons it didn’t work. Still Injustice remains as a special title that could very well define a generation. That series is back with Injustice 2, not yet but soon, and both comic and game fans alike can’t wait for the next instalment in the series made famous by NetherRealm Studios. This year at E3, WB was ready to show off its new baby, and to be completely honest; it’s not very different.

That’s not a bad thing though. Just because it’s a new entry, doesn’t mean they need to completely change up the mechanics—but it does feel a little too familiar. What is new however in Injustice 2, is the upgrade system. Since everything these days needs to have some kind of RPG element, Injustice 2 does just that. After each battle, players receive random items to add onto characters. It could be a chest plate for Batman, or a new headpiece for Gorilla Grodd. The more pieces you get, the more powerful your character is, and as such you unlock stronger attacks.  You’re not limited to just one character’s upgrades when you fight. If you’re Batman, you could theoretically unlock Flash items as well. This is a way to keep Injustice 2 interesting, and not have one character that’s completely overpowered. It also allows players to experiment with other heroes or villains without the fear of dropping to a lesser level. It’s actually pretty intelligent.

As far as gameplay goes though, Injustice 2 is not a very different game than what we played three years ago.  There is a rolling dodge mechanic a la Smash Bros now, which changes up how you play a little bit, but in the grand scheme of things, it doesn’t. Aside from that, the gameplay is very similar to what you remember from the last title, just with minor tweaks and a larger cast of characters all with their own specific moves and play styles. In the demo, there were only five playable characters: Supergirl who plays a little faster, Gorilla Grodd who has a balance of physical and telekinetic power (he was my favourite), Batman who relies on gadgetry, Superman who can kick your butt across the continent with his fists, and Atrocitus whose moves all involve blood. They all feel distinct, and it makes me excited for the rest of the cast whenever they’re revealed. 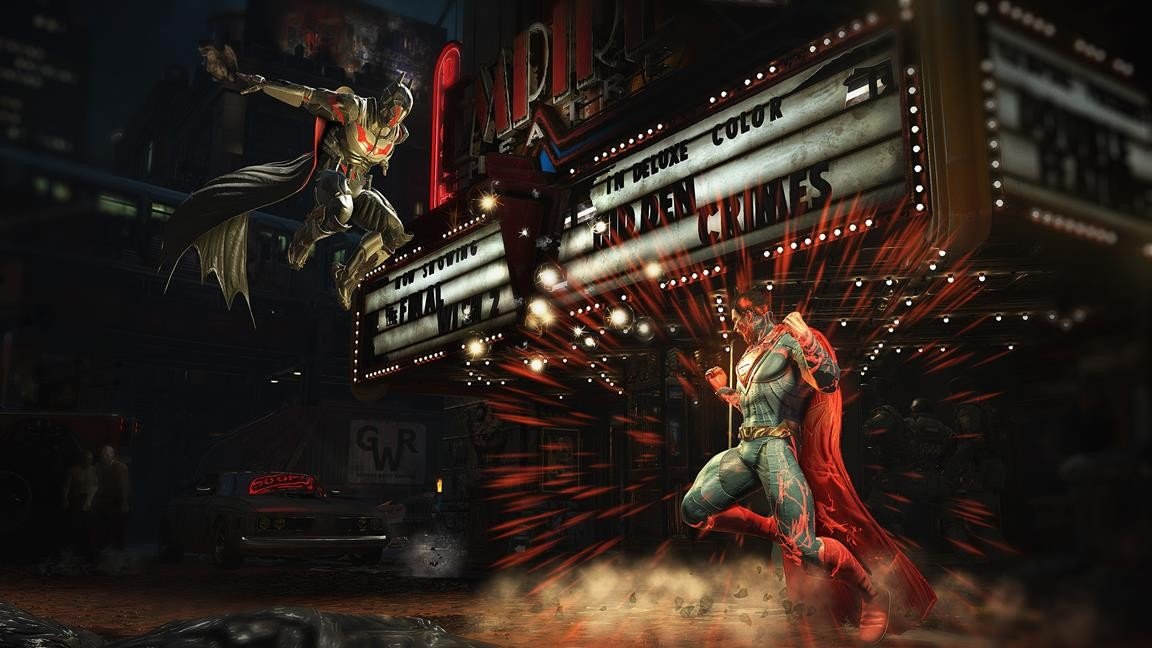 If something isn’t broken, there’s no need to fix it. Which is why I’m okay with Injustice 2 acting as more of an Injustice 1.5. The upgrade system adds a new level of intrigue and a little bit of sentimental value to your character that you’ve worked to level up. This is going to be a purchase for me; I can’t wait to jump back into this series.