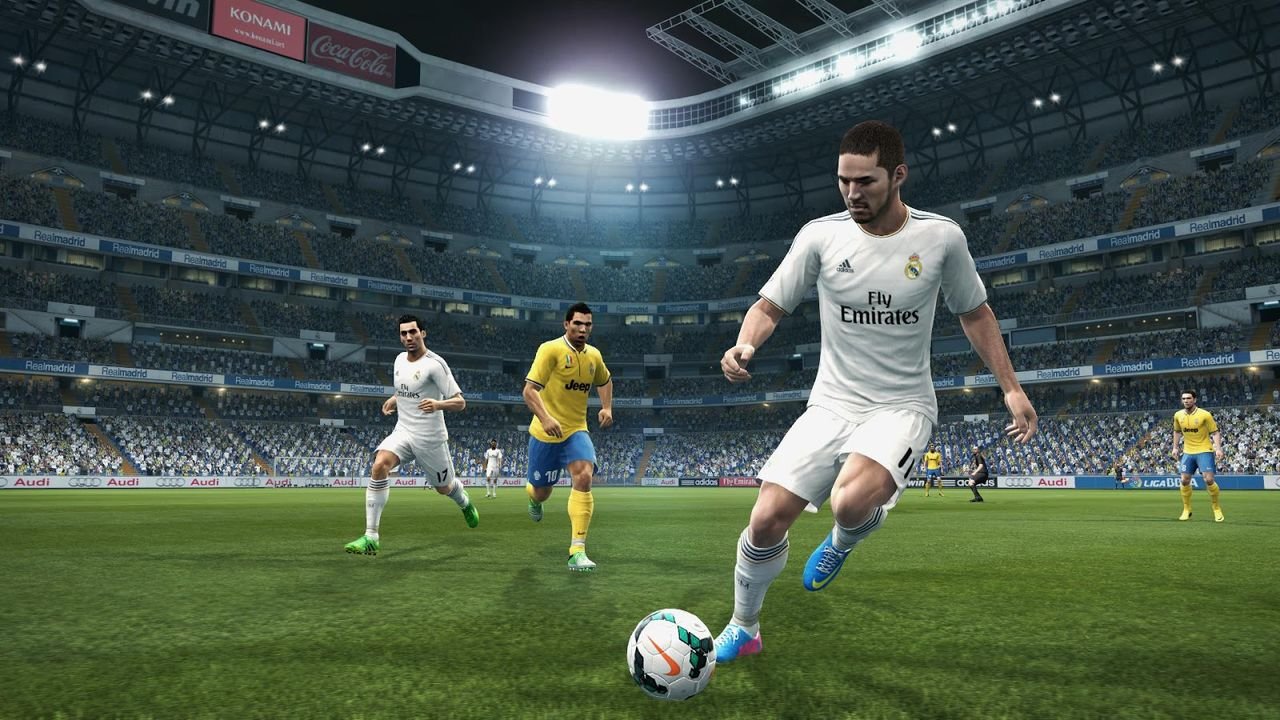 Konami’s ongoing attempt to hold its own in the soccer world continues with its upcoming entry in the Pro Evolution Soccer series.

Pro Evolution Soccer 2014 plans to mark a new beginning for the popular soccer series, combining a new control scheme that places a heavy emphasis on total player and team control, with new features that will add another layer to the technical soccer simulation.

A few friendly matches between Italy and Germany also showcased the new Fox engine. The tech is used in Konami’s upcoming Metal Gear Solid V: Phantom Pain, and the physics system seemed to thrive under the new software. Players colliding with each other looked like their real-life counterparts battling it out on the pitch, and rarely did you see two collisions that looked the same.

One on one battles remain tactical and competitive and has been enhanced with the new TrueBall Tech system, offering attackers a wide variety of dribbling moves. The left thumbstick allows you to hold the ball in front of players, begging defenders to try and pounce on it. When combined with the right thumbstick and a few well-timed button presses, maneuvering around defenders can turn into a wonderful spectacle. Players also have the ability to shield the ball from opponents with precise close-quarter controls, while defending players can shoulder barge with the right thumbstick and execute well-timed tackles with the “A” button.

All this is available at your fingertips, and more, when timed correctly of course. Jumping into a match for the first time and performing these moves can be difficult, but when things start to click, it’s supremely satisfying. An in-depth tutorial mode will help newcomers to the series, while veterans will for the most-part find themselves right at home.

Another unique feature introduced in PES 2014 is the Heart system. Mental attributes are affected when a player has a poor game, however a single brilliant play can turn the tide immediately, and the home crowd plays a big part in how your team performs.

The game will include six fully licensed leagues like the Argentine Primera División, Chilean Primera División, and other European leagues. The J League Divisions will be exclusive to the Japanese version of the game, and a Konami spokesperson said there is no word yet on when, or if, the Japanese leagues will be available for foreign players. Missing from the list of fully licensed clubs is the Barclays Premier League, which only has a fully licensed Manchester United team under its belt. So if you’re a Chelsea fan, you won’t be seeing John Terry running down the pitch, it’ll be Jason Perry, or something similar.

The pick-up and play style of the old PES entries is long gone. The series continues to offer players a very scrappy, strategic game of soccer that uses a very technical control scheme. Hardcore soccer fans will appreciate what PES 2014 has to offer when it comes out Sept. 24 for the Xbox 360, PlayStation 3, PC, Nintendo 3DS, and the PlayStation Portable.