Reviving a Classic with Sudden Strike 4 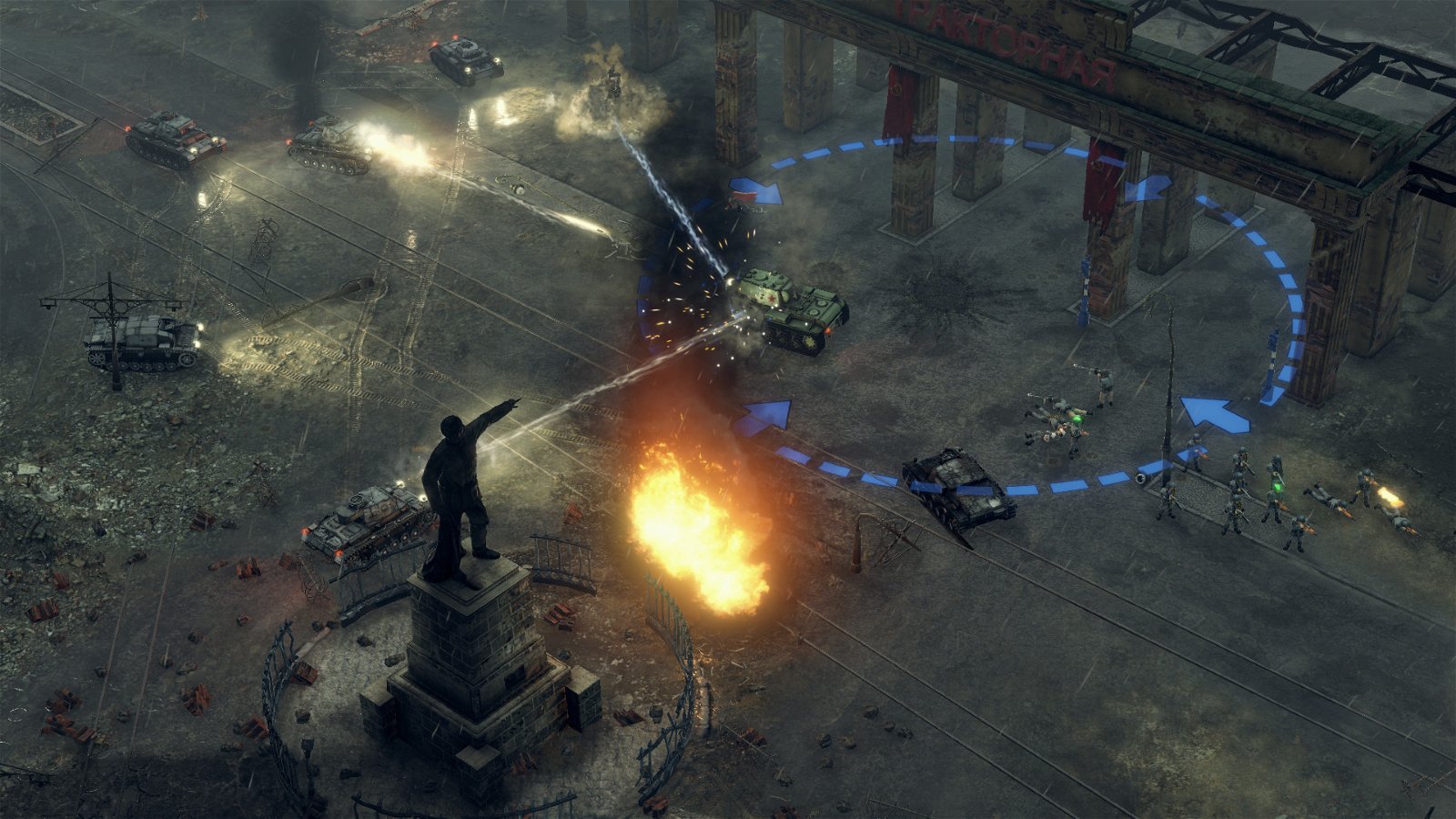 When Kalypso Media announced the return of the classic military RTS franchise Sudden Strike with a whole new entry, I was shocked. Considering the series went dormant for over half a decade, there was also a bit of scepticism mixed with my excitement. Sudden Strike is known as a trailblazer in the genre, so there is a lot to be concerned about with a new publisher and developer at the helm of the classic series. Yet, during my playthrough for Sudden Strike 4 at the Kalypso Media 10 Year Anniversary event, I found quite a bit to be excited about.

It’s always nerve-wracking when a series that’s so beloved is back, but with completely new talent behind it.  Especially when the team involved is relatively unknown. Kite Games is a 23-person team, with most of their talent coming from the now closed Stormregion Studios, known for their work on Codename Panzers and Joint Task Force. The team was also renowned for their time with Crytek Studios as Crytek Budapest, where they helped in the development of Ryse: Son of Rome.

Fortunately, Kite Games has taken a lot of time to build an authentic sequel to the Sudden Strike series that can work as an access point both for fans of the franchise and for new players who just love history.  Available for Mac, PC, Linux and PS4, Sudden Strike 4 plays like an RTS through and through. Traditionally, this genre doesn’t translate well onto consoles; however I was told the PS4 version was optimized with a friendlier interface to try and change that mindset That being said, I played a PC build, so I can’t really speak to the validity of that assessment.

From a personal standpoint, however, I prefer a keyboard and mouse for this genre, so I had no problems sticking with the PC demo. Set during the Second World War, Sudden Strike 4 offers players 20 missions to choose from, all based on actual battles across three different campaigns (Russian, German, and Allied). Each campaign features historic commanders to choose for battle, and they come with different bonuses for your troops. For instance, one commander may be known for his revolutionary tank warfare tactics, so your tanks will be stronger under him, or one general could give your foot soldiers a bonus where they all carry grenades.  While some commanders are better suited for specific battles, they are not the difference between victory and defeat. 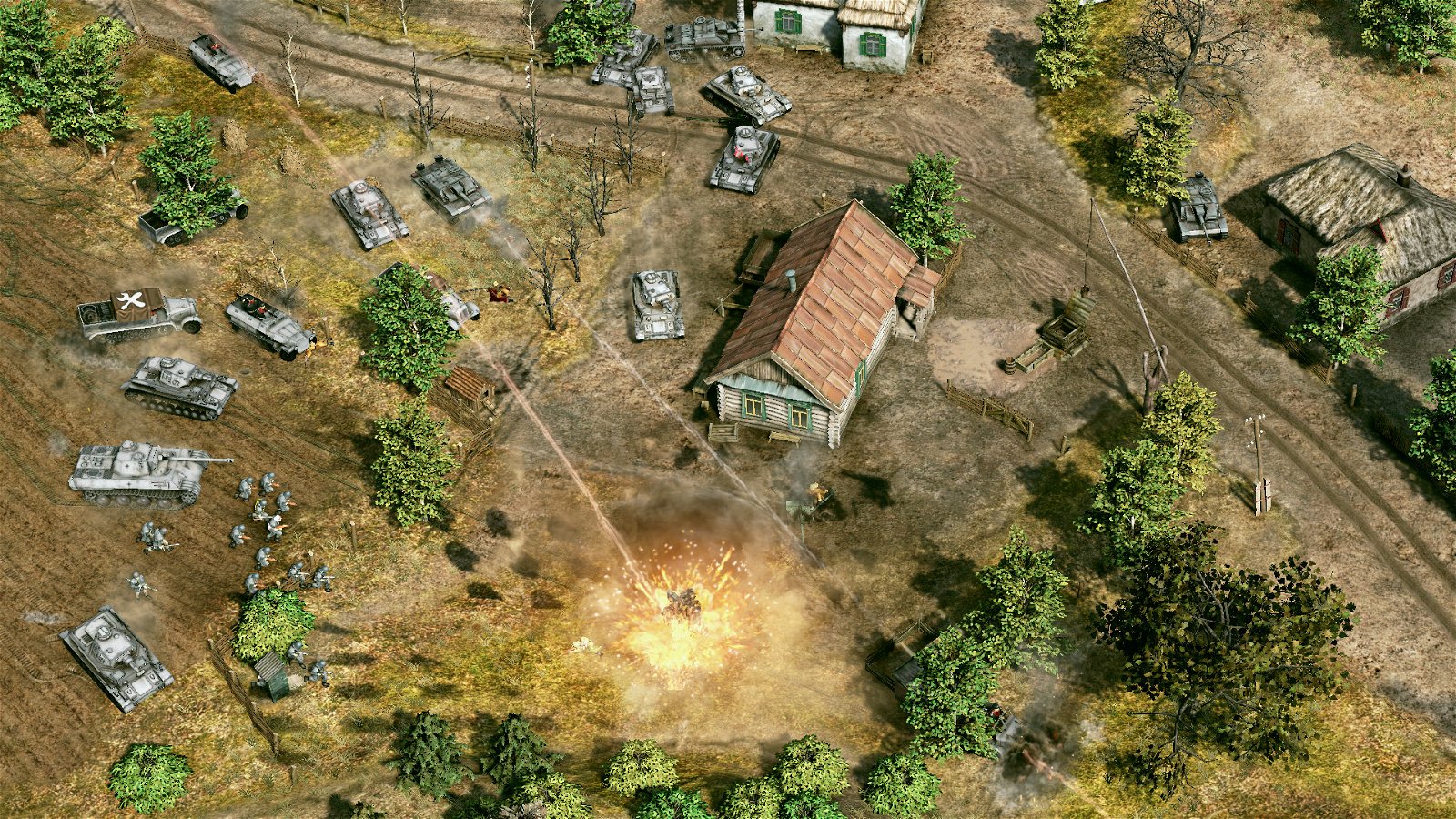 That is all up to the player, really.  The game’s focus is on completing the mission, not building units or bases, so it’s more action heavy than many RTSs, but at the same time, there is much more of a focus on playing smart, rather than going in guns blazing.  Each level is fairly open ended, so you can play to your strengths, but for more savvy players, there are alternate routes that can allow you to surround and flank groups of enemies, making attention to your surroundings vital.  Really, you should pay attention to everything, because events can happen so fast, and different troops have different vulnerabilities. For instance, certain tanks have weak points, and strong spots. Shooting the wrong spot could cause ballistics to bounce back at your team.  In such cases, your team must try to work around the tank to its weak side to take it out properly. That attention to the battlefield is required right from the beginning, and if you slip up, it’s hard to recover.  Not that it’s impossible, or that you can’t bounce back, it just gets a lot harder. At least, that’s how it felt in my playthrough.

Visually, the game drops the more 3D visual style of Sudden Strike 3 and goes with a more traditional RTS look with a fixed camera on an angle, so it’s not really top-down. Still, the game looks great, and has an element of classic RTS design that makes it feel familiar but new at the same time, which is the perfect way to reintroduce a series that’s been gone for so long that also has new talent at the helm. 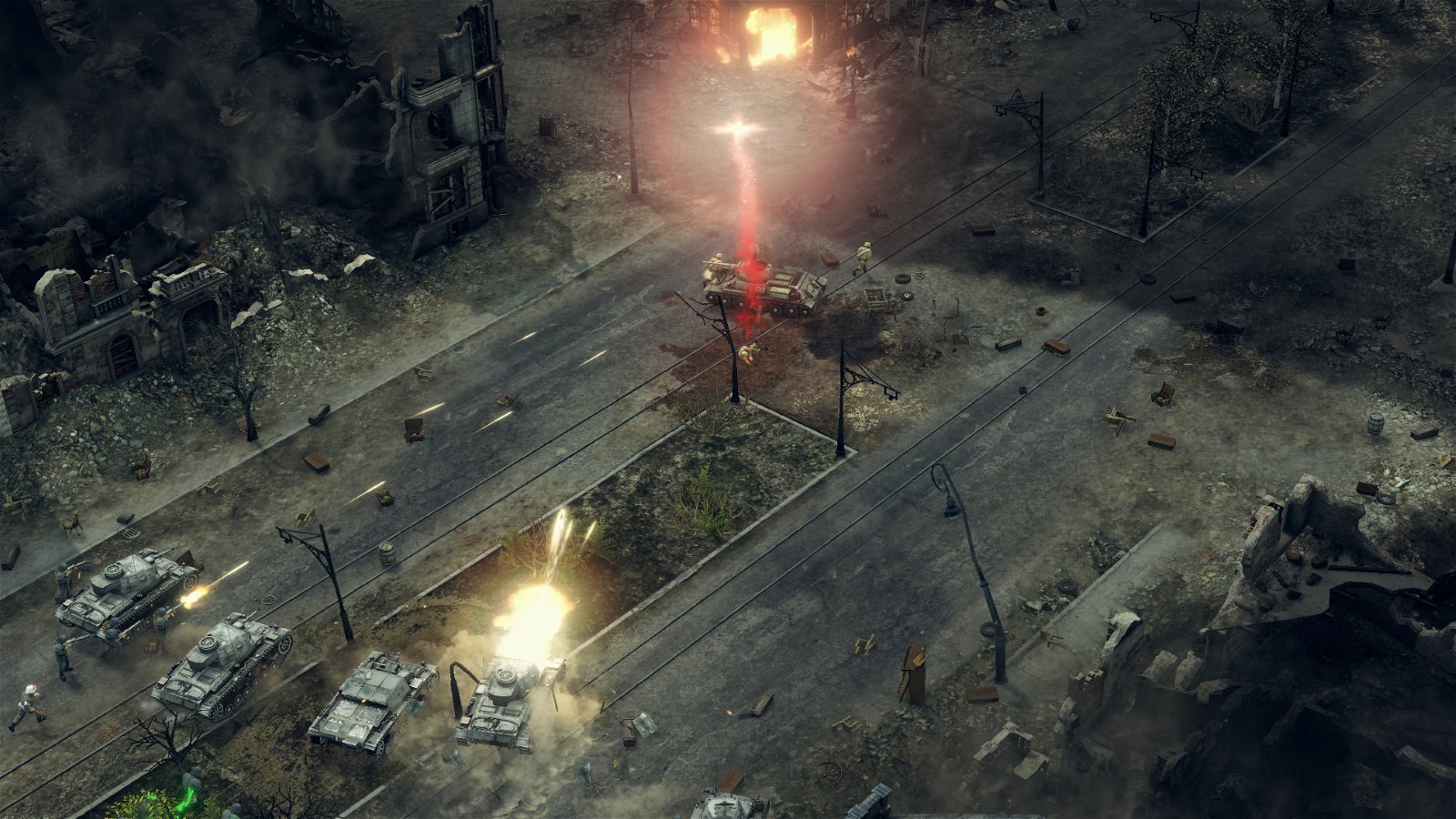 My time with the pre-alpha build for Sudden Strike 4 was short, but it was long enough to get me excited. It’s challenging, keeps players thinking, and takes a different approach to the genre. It put my initial worry at ease. With a Spring 2017 release, there is a lot of time to polish up the flaws that come with a pre-release demo, so I’m certain this will be a solid entry and a welcome return to the RTS genre.