Agent down: Surviving the traps of I Expect You To Die 2 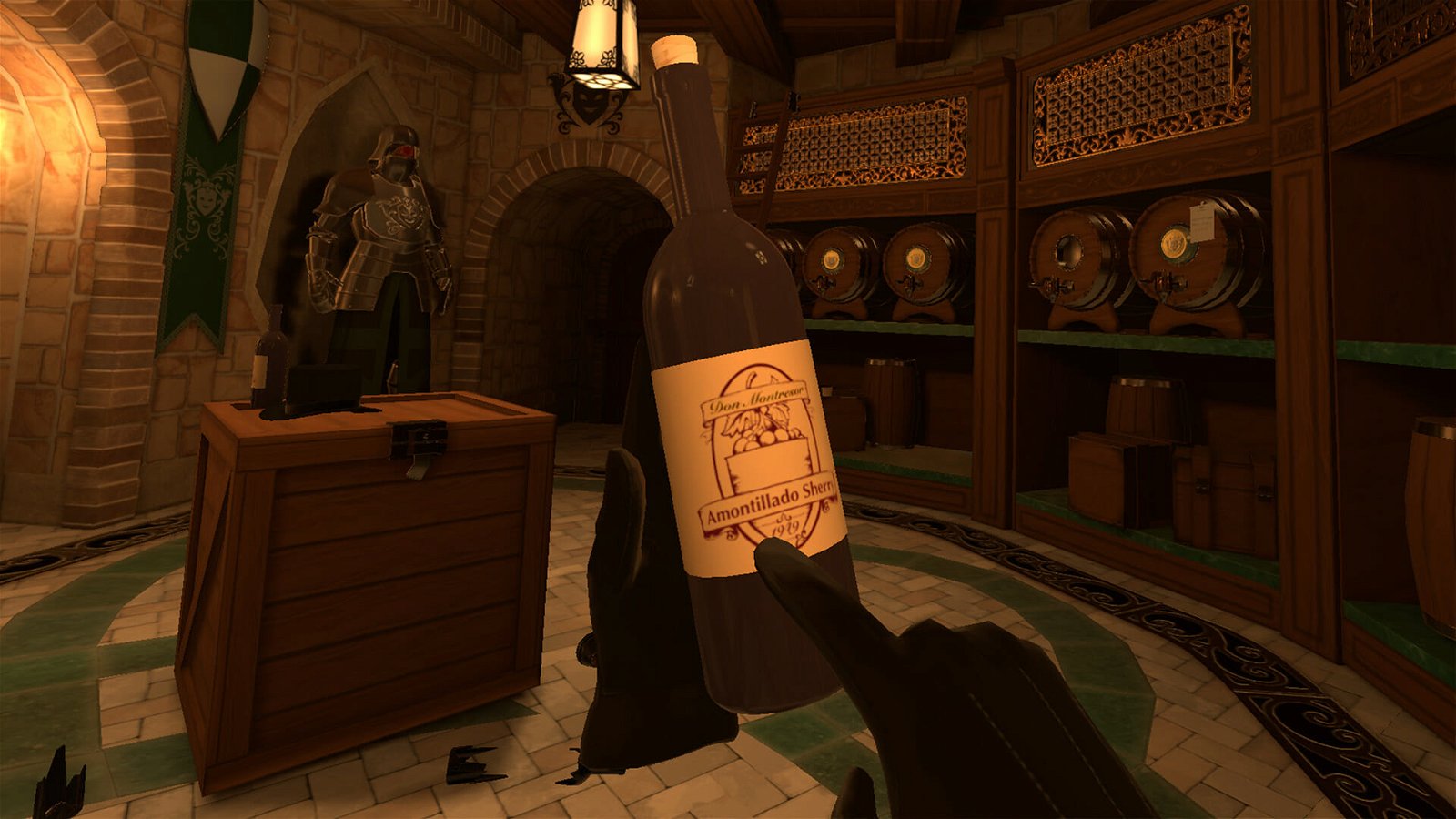 I Expect You to Die 2: The Spy & the Liar scratches a particular itch for fans of spy movies. Viewers aren’t expected to talk, as much as they enjoy watching James Bond escape impossible traps. In VR, Schell Games has turned this trope into a full game. 2016’s original I Expect You to Die would tie VR agents up across a series of deadly predicaments. Every globe trotting mission would bring players closer to stopping world domination from the evil Dr. Zor.

If this sounds like an escape, it’s because Schell Games took the idea literally. I Expect You to Die would become a testing bed of sorts for a VR escape room. As players look around, their surroundings would be an obstacle and solution to levels. Players would be pulled deeper into levels by collecting hidden items while using them to cheat death. The catch? Countermeasures can accidentally be triggered. You are expected to die on every level, before coming back with knowledge to counter traps and escape.

Playing through I Expect You to Die 2’s first three levels had me live to die another day. Like any improved sequel, there’s a clearer direction from Schell Games. This begins with a story arc that connects each level with mystery. The inclusion of a voice cast pushes the game’s over the top style just right. Solutions would bring up another clue. While the original game stirred in a simple delivery of spy-themed escape rooms, its sequel shakes this formula up with new layers. Yes, this includes plenty of martinis to enjoy in VR.

“It’s amazing enough that I Expect You to Die 2 gives players a fully-seated Escape Room experience at home. There’s an impressive amount of detail behind the game’s Cold War-esque setting.”

It’s amazing enough that I Expect You to Die 2 gives players a fully-seated Escape Room experience at home. There’s an impressive amount of detail behind the game’s Cold War-esque setting. Here’s where Schell Games brings out a style seen in Sean Connery’s Bond films. The presentation oozes with luxury and enough dangerous distractions to miss if you’re not careful enough. It fits the vintage, classy and hi-tech scene moviegoers have come to expect from spy media. The first game’s success played a big part for Schell Games’ second attempt. There’s a bigger production value which shows through content and cinematic storytelling.

Of course, players will use their hands and body to explore levels – something that only works best in VR.  An improved telekinesis mechanic let’s players aim and grab objects from a distance. After some practice, the feature would be incredibly handy to interact with the outer environment itself. It’s promising to see Schell Games add new depth in certain items, giving players intelligent ways of progressing. I Expect You to Die 2 masterfully hides the answers in plain sight in a number of surprising ways. From secret levers, flammable walls and awfully specific numbers, it’s fun to see how each clue changes everything.

Traps and other deaths play out in hilarious ways across I Expect You to Die 2. Surprisingly, it’s pretty fun to live and let die. Schell Games has removed the frustration of dying in a game and restarting. Players go back to a level with newfound confidence and knowledge. This repetition is essential in countering the game’s traps or dealing with enemy agents that might unexpectedly roll in. I was set ablaze, lasered, combusted, shot and poisoned in the game’s private plane level alone. Somehow, it was hard to not smile at the results. Either from accepting my own demise or feeling smart after completing a mission.

“I couldn’t quite put my goldfinger on what makes I Expect You to Die 2 so immersive.”

I couldn’t quite put my goldfinger on what makes I Expect You to Die 2 so immersive. But its first mission would literally set the stage for a fun puzzler that works. Players are fully seated in a grand theatre, but somehow have everything at arm’s reach to progress. Unlike the first game, here’s where I Expect You to Die 2’s voice cast pulled me deeper into the spy role. The game’s impressively crafted Bond-esque intro reflected a big production value. It’s familiar set pieces give spy fans a piece of their favourite movies in VR. Solving puzzles in the stage would only scratch the surface. It’s when the game’s narrative takes over, forcing players to think critically to survive. There’s a bigger tension from scripted moments, which can easily undo your hard work of surviving. But Schell Games injects these feelings into wannabe agents, who are one mistake away from dying.

There are plenty of nefarious members from the Zoraxis organization players will meet. The sequel adds these foes as a danger, giving players a chance to deal out the death. Like the opera house scenes in Quantum of Solace and Mission Impossible Rogue Nation, it felt incredibly cool to see that spy vs spy dynamic at play. This continues in unexpected ways across I Expect You to Die 2‘s later levels. What’s cool is that the game’s characters are rarely seen. But the player’s actions still make a dent in their plans. It’s satisfying to clear a level, much to the surprise of evil Zoraxis goons over radio.

Schell Games now brings players to new heights across its levels. The game now uses more altitude, splitting certain levels up by taking players to different spots. In other words, levels are much longer. There’s more variety to sitting still. I Expect You to Die 2 has clever ways of adding scripted moments that don’t interrupt the flow. This made the game’s deadly airplane mission a real treat. The gameplay of finding clues and key items are there. But halfway through, I Expect You to Die 2 would embrace its full grandeur and ramp the stakes up. Again, the game’s added cast of unseen characters add to it’s fun and tension.

I Expect You to Die 2 does better than its predecessor in terms of pacing. Schell Games has a sharper focus for world building as players are immersed. The original game’s set of missions felt like individual escape rooms. But the sequel turns each level into a Hollywood set piece. As a result, players are more invested in their own globe-trotting spy mission for hours. The bigger picture grows per mission, with story details evenly spread across clues and dialogue.

It’s impressive to see Schell Games build I Expect You to Die 2’s universe through a single room. The preview’s stealthy third level would dangle me on top of a laser grid. But much to my surprise, that’s only the start of wackier things to come. Certain clues within a desk would introduce characters, but actually served a purpose in the room itself. Here’s where Schell Games has managed to make every puzzle piece fit that bigger picture. I felt more invested with every death, in hopes of learning more about the Zoraxis organization and unlocking new levels.

I Expect You to Die 2 manages to make basic puzzle games cinematic, bombastic and memorable. So far, it’s a bigger sequel that improves on the original in every way. New environments only pull players deeper into Schell Games’ special universe. There’s no better way to feel like a spy than outsmarting Zoraxis at every turn. The world is not enough for VR players, pulled into a deadly game of wits. I Expect You to Die 2: The Spy and the Liar releases on all major VR platforms including PSVR and the Oculus Quest family on August 24, 2021.

File Under: EXPECT YOU TO DIE 2, Oculus, VR