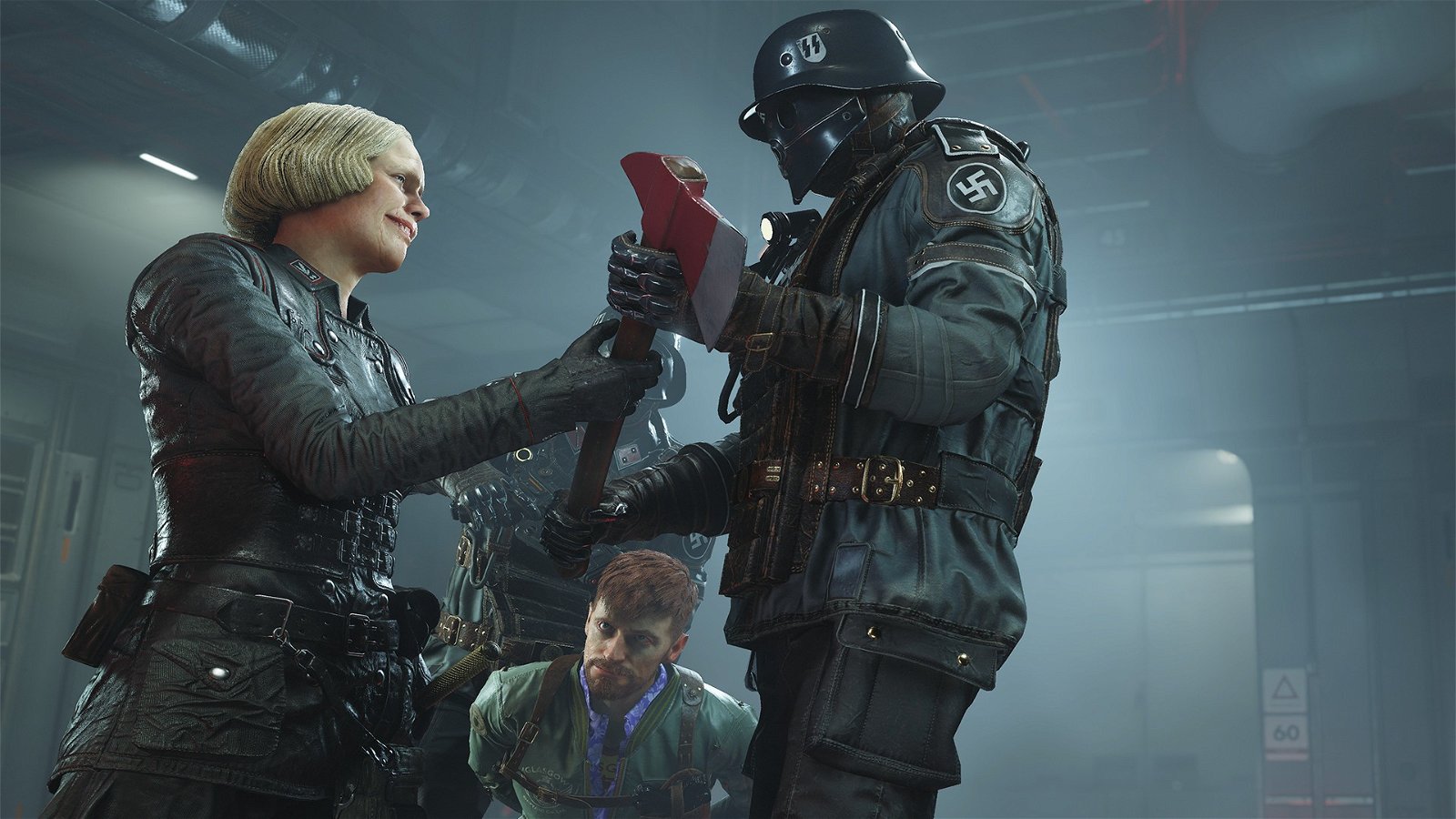 When Bethesda first announced Wolfenstein: The New Order, I was unsure of what I should think. Wolfenstein is a classic franchise, and it was hard to imagine how it could be made relevant again. It stars a character named B.J. Blazkowicz and has the player ripping through legions of Nazis level after level. There were some previous attempts, but nothing had prepared me for what Machine Games released with Wolfenstein: The New Order. It was a game that surpassed all expectations and was filled with depth, action, and actual characters. Now, here we are in 2017, and they have a new instalment in the franchise on the way with Wolfenstein II: The New Colossus. From everything I have seen, it’s carried over all the things that made the first game so impressive while pushing the story forward in new, exciting ways.

Wolfenstein: The New Order was a “lightning in a bottle” game. In all reality, it should not have worked as well as it did. The premise was ludicrous, the franchise had grown stagnate, and the main character was absurd. Despite all this, it worked. The characters you interacted with had depth, B.J. was no longer a one-dimensional killing machine, and ultimately it painted a future that was as intriguing as it was terrifying. Every level and experience it thrust the player into worked, offering a glimpse of what a Nazi-ruled Europe would feel like. The ending, although action packed, managed to leave players with a bittersweet feeling, one that put a closer on the experience in a way few games can. Now, in 2017, we see what came of that world and what is left of B.J. Blazkowicz.

Going into E3 2017, I wasn’t sure what to expect from Wolfenstein II: The New Colossus. I managed to stop by Bethesda and spend around 30 minutes experiencing the first section of the game. Taking place in an alternate 1960s where the Nazis won the Second World War, it opens up with B.J. Blazkowicz in a bed after being a coma for a significant amount of time. Despite B.J.’s near indestructible nature, the events of Wolfenstein: The New Order have left him beaten and broken. He no longer has the use of his legs and must rely on a wheelchair to get around. It is here where you must take up arms and try to defend your comrades. It sounds absurd, and yet it all works.  The pacing of the demo and the level design is nothing short of masterful. You feel powerful and powerless at the same time.

As you try and save the people you love, you must plough through the Nazis that stand in defiance to your freedom, and you quickly realize how outmatched you are. Where previously nothing stood a chance in stopping you, now the level design itself could pose a challenge.

The tone seen in Wolfenstein: The New Order is alive and well in Wolfenstein II: The New Colossus. From the dark concepts set on display from the first minute to minor moments of humour that break the tension and allow you, as the player, to get a glimpse of how the characters act when not on screen. It all works very well, even in the demo, and goes to further flesh out the characters we grew to love from Wolfenstein: The New Order.

The short demo caps off with a cutscene featuring Frau Engel, giving the player a view into her psychosis and ruthless nature. Belittling her daughter and forcing her to carry out an execution, you can catch a glimpse at just how twisted the antagonists in the Wolfenstein universe are. It also has you, out of your wheelchair and held down, powerless as your friends are persecuted, with little you can do. It all caps off in a cliffhanger that is as rage inducing as it is enticing to experience more.

Wolfenstein II: The New Colossus is a game that, despite all that was shown, managed to stick with me throughout all of E3 2017. The Wolfenstein franchise is in good hands at Machine Games. The characters’ world and gameplay all work together to paint a story that draws you in. From the dark moments, to the subtle humour, Wolfenstein: The New Colossus is a package that checks all the boxes and looks to be a title to look out for this fall on PlayStation 4, Xbox One and PC.