The Future of Metroid Prime

Nintendo caused a shockwave throughout the internet with the announcement at E3 of Metroid Prime: Federation Force along with a new quick party-style game Blast Ball. These titles were not the sort of games that fans of the Metroid franchise were expecting. For the first time, gamers could not play as Samus. What they got instead were two co-op games on the 3DS. People wanted to know why these games did not have all the elements that Metroid Prime was known for in the past. To them, it felt like these new experiences, although in the same universe, were building something new from the ground up.

CGMagazine was lucky enough to get some time with Kensuke Tanabe and discuss this new Metroid title along with how it connected to the previous games in the series. Kensuke is the producer at Nintendo, who is currently working on Federation Force, Blast Ball, along with all previous Metroid Prime games. He is no stranger to the series and not only speaks with great reverence for what he has done in past instalments, but also why fans should be excited about the latest addition.

Where did the concept of Blast Ball come from and how did you kind of come to the concept of taking Metroid Prime and enter it into a competitive shooter type thing?

Kensuke Tanabe: So first off, I’d like to let you know that Blast Ball is part of a game within Federation Force. So when I was working on the Prime series, I always thought of looking at the game from a different perspective. So as you’ve seen Prime Hunters, that’s my attempt to bring different bounty hunters into the series. So the Metroid series itself belongs to Mr. Sakemoto, but within the Metroid Prime series, I haven’t seen anything that was focusing on the Galactic Federation against the Space Pirates so it’s sort of that balance. So that’s one of the things I thought and felt like the fans were curious about. They wanted to see a little more about that and that’s sort of the idea behind the creation of this game, and I have always been thinking about it. I’m finally able to accomplish it after 10 years or so. As such, that’s sort of how I decided to have the co-­op mode with up to four players.

So with the co-­op in mind, I also understand that the first person shooting games, there are different levels of game players. Some of them are very good; they’re very advanced, and some of them are not so good at it. So I wanted to have a mode where people can all play together on the same reign basically, and so that’s sort of the idea behind Blast Ball. So if you have a survival mode where you have to kill each other, obviously the advanced player is going to blast through the other players. There’s no chance for the beginners to move. If you take a look at that huge ball in the middle of the field, it’s much easier for you to target it and puts everyone on the same playing field no matter the skill level. Another thing to note is that if players experience this mode, then they’ll be able to learn the controls and be able to apply that to the main story itself. So while they have a lot of fun playing this game, with this mode they will also be able to learn how to play without any complicated tutorials.

Will Blast Ball work like a tutorial mode for Federation Force?

From how I understand it, Blast Ball is a standalone title but also part of Federation Force. Is that correct?

Yes, Federation Force itself has a story where a Galactic Garrison member gets chosen. You go through some tough training to prepare yourself for the battle. It is similar to a graduation. A final test for the top members of the team. 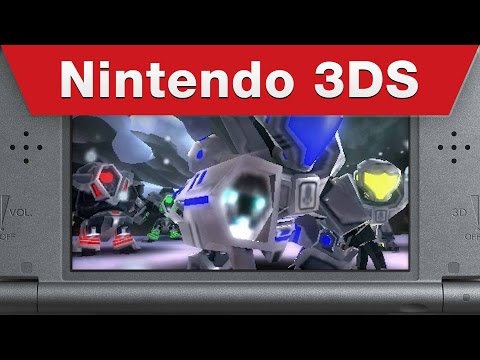 Blast Ball is a mode in Federation Force?

Yes. While that’s the story behind Blast Ball, you can also access the “Blast Ball” mode anytime from the main menu if you’d like to practice.

So can you explain to me a bit about what Federation Force is and what people can expect?

I purposely introduced a multiplayer practice in hunters, but this time I wanted to focus on the cooperative mode to play along with your friends. Having the co-­op mode with four Samus would be kind of strange. So I thought, “Oh, maybe if I focus on the Federation Force that battle with the Galactic Federation against the Space Pirates, that would be a more interesting concept”. So the story itself revolves around this star system that consists of three planets. One of these three planets has the ruins of a factory that was once used by Galactic Federation but has since been abandoned. The Galactic Federation member, you the player take control of, will go to this planet to conduct some research.

Now when it comes to the world of Metroid Prime, I know a lot of fans are very loving of that series. Will you be carrying over any of the references or things people might love from the series into this game or will this be a completely new experience with no mention of the Metroid Prime games?

So the core game system itself is pretty much a brand new thing. I’d like to clarify it. So you can play as a solo player or up to four players. Each player will be given a mech with all the same base specs. It is then up to them to pick a load-out before they go on to a mission. You’d be able to choose items such as missiles or repairs or other things like that. However, the player would also have to consider that there’s a weight limit to the mech. The super missile is something that’s very powerful but because it’s so heavy, you’ll only be able to carry one or two at most at a time. As opposed to that, a repair capsule is pretty light so you’ll be able to carry multiples. So depending on how the player feels, they might choose to bring a powerful weapon like a super missile or some other people might choose to be more like a healer type to bring in repair capsules. So the load-outs will basically give players the choice to choose what type of character they will be in that mission.

So for the story, will you be carrying over any of the story elements we saw in the previous Metroid Prime games into this one?

So the story around Basin and Dark Samus in my mind is already complete. The previous games completed those stories. But Are you familiar with the ending of Prime 3?

Sylux is one of the hunters that was in Metroid Prime Hunters.

So in Metroid Prime 3, there’s sort of hints where Sylux is sort of there. In a way to sort of create that potential for the story, between Samus and Sylux. I’d like to have that with a focus on the Federation Force as well.

So it is tying together a universe?

That is the focus of Federation Force. It works in a similar way to the Avengers where they had individual movies focus in on one hero and now this is the team up that brings it all together.

So kind of telling the stories of each hero.

So while we’re not carrying anything related to Dark Samus in the huge universe of Metroid Prime, I do have ideas on how to tie them with that universe of the previous games. 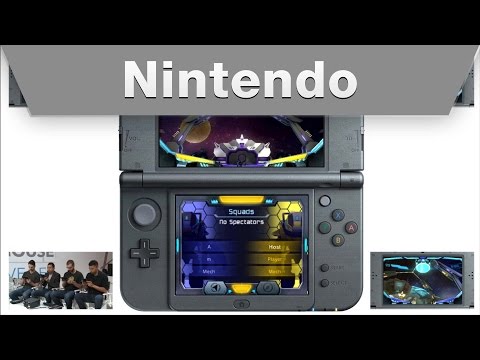 So Samus will be in the game in some element?

That’s for sure. You will see her in some way. I feel like that’s something nice about this game. It’s kind of like a mix.

First off, I had in mind and expected that people would sort of act in a negative way when they find out that Samus was not an actual player. What I see happening is that once the players can actually have hands-on experience with the actual game, they’ll be able to understand and experience for themselves how the game actually feels and that the Metroid Prime universe atmosphere is there, and the music that is used in the game is also heavily related to the Prime series of course so while people would at first say, “oh this isn’t what I expected,” they’ll definitely understand the different perspective that we’re taking here and it’ll certainly make a difference once you get some experience with the game.