The Best Characters to Score the Win
Eduard Gafton | August 9, 2022

MultiVersus, WB Games’ surprising Smash-like hit, has an impressive roster of characters to choose from and have fun playing as. However, if you happen to be getting ready for ranked play’s apparently imminent release, this selection of fighters could increase your chances of putting up a good contest. But before we go on, a few things to keep in mind:

This list is subject to many changes, especially since there have already been many patches that have significantly changed up some characters, Taz The Tasmanian Devil being one of them. A few others have buffs or nerfs already confirmed as well, including Arya Stark, Wonder Woman and Bugs Bunny.

This list does not account for perk selection. Many perks in MultiVersus are great at giving you an edge against your opponent but there are so many variables, and so many of them situational, that there is no real definitive set for each of the following characters. Experimentation and changing up your play style around the match-ups at hand is key here.

Unlike Smash and other games like it, MultiVerse employs a class system. Choosing a bruiser against a tank, for example, might be a good idea in doubles but may not serve you as well in singles. Similarly, a support character, like Reindog, to name just one, generally does not fare well in singles but could contribute together with a damage dealer.

Every fighter is unlockable in practice mode so do play around with the roster and see who fits you best – especially before using in-game or real currency to unlock them. Batman is a great Assassin, but do you like taking up that role in the first place?

This list is subjective. Every fighter can win you games in MultiVersus, especially given the right circumstances, but this list is ultimately designed in order for you to understand the current meta a bit better.

All aboard? Let’s now take a look at the fighters, building up from honourable mentions to arguably the best character of the whole bunch:

If this were a doubles list exclusively, Velma would most likely have been my second pick as she has the ability to heal herself and her party whereas at the same time putting out heaps of damage. However, she is only an honourable mention this time around because she is far from amazing in singles: a fast bruiser or assassin can easily dismantle Velma, who is anyway a Support type character, leaving her with not that many options in either attack or defence.

She is also labelled as ‘experimental’ which is to mean 1) she is hard to pick up and play and 2) this character might see significant changes in the updates to come, making it difficult to recommend her as a main – at least for right now.

Wonder Woman is my favourite character to play as and my current main. I think she plays most similarly to a Smash fighter, and it does help me personally to rely on some muscle memory from that franchise. Wonder Woman is also very well-rounded and definitely the fastest Tank currently in the roster, which fits my fighting style. Pair that with multi-hitting moves and support abilities, and you have a fantastic character for duos even if she, like Velma, falls short when it comes to solos.

Nevertheless, she’s a great option for newcomers to MultiVersus and is relatively easy to master. It also goes to show you that you don’t need to necessarily fit into the current meta to be competitive: playing as Wonder Woman, I have wins against every character on this list.

Batman is a Bruiser armed with quite a few great finishers and useful mobility options. His grappling hook is what sets Bruce Wayne apart from the rest of the crowd as he is able to zip-zap from ally to enemy alike with ease and overpower most characters when fighting vertically. However, he is less capable when fighting horizontally and might struggle to deliver the killing blow at times. Mastering his many gadgets, which can slow down enemies and keep them at bay, is key when aiming to be a more complete Batman player.

Superman is the best Tank in the game, and for good reason. He has great combos and a fantastic recovery, but his biggest asset is probably the air grab – which allows him to damage opponents even when recovering. Many choose to rely primarily on his aerial superiority because of this, but the best Supes players will take full advantage of his arsenal, which also includes the ability to freeze enemies into place and counter aerial attacks with Heat Vision.

Finn The Human from Adventure Time is a complicated fighter to pick up but, with the right buffs and his sword in hand, he can be virtually unstoppable. As an Assassin, Finn specializes in dealing a lot of damage, especially since his passive boosts his special attacks. The biggest challenge with Finn is deciding on the right moment to attack, especially if buffed up. He is also a very viable option for escape artists as his small frame and hitbox make him hard to hit at the best of times.

The iconic cat and mouse duo are part of the Mage specialization in MultiVersus and are second in this list due in great part to how large their repertoire of moves is. For example, with Jerry around, Tom can easily overwhelm opponents with projectiles and completely control any given stage. However, Tom can also lend Jerry to an ally for added attack power and speed. This is usually worth doing, even if it means losing some of Tom’s moves in the meantime.

Deciding how to best use Jerry can be important in doubles, but generally, a great Tom & Jerry player applies pressure from a distance and then lands a devastating attack to seal the deal. While far from being the most straightforward of characters, with enough practice, anyone can climb up either the singles or doubles ranks of MultiVersus by using the two frenemies.

Bugs Bunny is a menace. By far the most powerful character in the game, the rabbit is so viable online that most top players, at least in 2v2, have decided on picking him up. Supposedly, a nerf is on the way but, for now, Bugs has it all: omnidirectional ranged attacks, multiple ways to control the stage and a great recovery that is made even better by the fact that his ally can make use of it too.

The only problem here is that he is relatively easy to launch, but otherwise his combos, chase and recover are unparalleled. Like with Tom & Jerry, an adept Bugs Bunny player generates dynamites, rockets and many more projectiles in order to overcome his enemies. And even if many characters are well-equipped to counter projectiles, the point here is to frustrate even the most patient of players so that they start taking risks and/or get punished.

This wraps up our list, but what do you think? Did we get it right or would you propose some changes? Leave a comment below. Until then, that’s all folks! 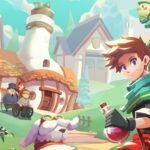 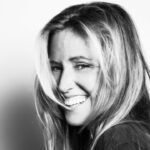 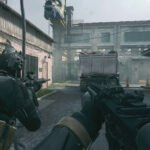 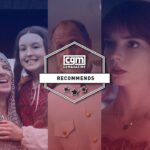 The Best of TIFF 2022 From the Festival and CGM 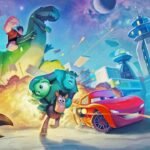