Everything You Need to Build Your Character
Dayna Eileen | March 24, 2022

Tiny Tina’s Wonderlands is an action packed game and heading into it, you’re going to wonder which class is right for you. Gearbox Software and 2K Games have made a game custom-built for so many different playstyles, but you’ll need to get the lay of the land before you dive in and commit to one character.

Jumping into Tiny Tina’s Wonderlands you might have some questions.

“What Character Background is right for my class in Tiny Tina’s Wonderlands?”
“How should I spend my Hero Points?”
“What are the best stats for my class?”
“What do my stats do?”

Well, we have you covered!

CGMagazine had some time with the game and put together this Tiny Tina’s Wonderlands Class, Character Background & Stat guide to get you started on your journey playing Bunkers & Badasses in The Overworld.

This stat determines your Critical Hit Chance percentage. It is boosted by the Raised by Elves Character Background, and lowered by the Failed Monk, Recovering Inventory Hoarder and Rogue Alchemist Character Backgrounds. Dexterity is best for the Stabbomancer, Spellshot and Spore Warden classes in Tiny Tina’s Wonderlands.

This stat increases your Spell Cooldown Rate percentage. It is increased by Recovering Inventory Hoarder and Failed Monk Character Backgrounds, and lowered by Village Idiot. Intelligence is best for the Spellshot and Graveborn classes.

Wisdom raises your Status Effect Damage percentage. It is raised by the Rogue Alchemist and Failed Monk Character Backgrounds. Wisdom is best for the Stabbomancer and Graveborn classes in Tiny Tina’s Wonderlands.

This skill raises your Maximum Health/Ward percentage. It is lowered by the Raised by Elves, Rogue Alchemist, and Recovering Inventory Hoarder Character Backgrounds. Constitution is best for the Brr-Zerker, Clawbringer and Graveborn classes.

Attunement raises your Action Skill Cooldown Rate percentage. It is raised by the Recovering Inventory Hoarder Character Background. Attunement is best for the Spore Warden and Brr-Zerker classes.

The Stabbomancer has an increased Critical Hit Chance through the Class Feat, Dirty Fighting in Tiny Tina’s Wonderlands. This class is best focused on Melee Damage, as the action skill Ghost Blade bases its damage rate on your equipped Melee Weapon. The action skill From the Shadows puts The Fatemaker into stealth mode, where your damage dealt will be a Critical Hit, but with reduced damage.

“Wyvern-tamer with focus on Fire and Lightning Damage”

The Clawbringer’s Class Feat is a companion! You’ll have a Wyvern Companion that deals damage with its claws and Fire Breath. This class’ first action skill is Cleansing Flames, summoning a Hammer that deals Melee Damage when it strikes the ground. It creates a Fire Nova that deals AoE Fire Ability Damage. Storm Dragon’s Judgement is the second action skill, this time hurling a Hammer to cause Lightning Melee Damage and AoE Lightning Ability Damage.

The Spellshot’s Class Feat is Spellweaing. Casting a Spell or reloading gives you a stack of Spellweaving, whch increases Spell Damage for a short time. The first action skill is Polymorph which turns an enemy into a skeep. The second action skill is Ambi-Hextrous, which allows you to equip a second spell.

“Soul-trapper with focus on dealing damage in exchange for Health”

Your Class Feat grants you a Demi-Lich Companion that deals ranged Dark Magic Damage. The action skill Dire Sacrifice gives up health to deal Dark Magic Ability Damage and applies AoE Dark Magic Status Effects. Reaper of Bones is the second action skill, healing you fully and boosting your Leech Efficiency. It also deals Bonus Dark Magic Damage, but your health will take damage every second. When you die, you’ll become invulnerable instead and restore a portion of your health.

The Brr-Zerker Class Feat is Rage of the Ancients which enrages The Fatemaker on Action Skill Start. This adds bonus Frost Damage to your attacks. The action skill Dreadwind turns The Fatemaker into a “pain tornado” causing Melee Damage to everything nearby. Feral Surge is the second action skill, where you jump toward your target dealing AoE Frost Damage. 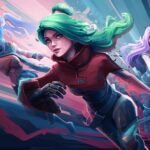 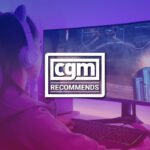 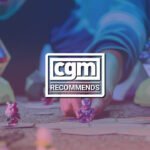