Building A Stand Alone Complex with Ghost in the Shell

Ghost in the Shell is an anime franchise that many people hold near and dear to their hearts. From the first movie to the Stand Alone Complex series, it tackles complex issues about a future we are quickly moving towards. Questions of war, the political system, and the very concept of being human are all touched on in great detail.

When Nexon announced they would be releasing a Ghost in the Shell game, it was hard to imagine how they could translate any of those concepts to a videogame, let alone a tactical shooter. Yet in taking care and utilizing the voice cast and setting, the team has managed to build something that feels a part of that universe. I was lucky enough to talk to Jung Eik Choi, lead director at Neople about the game, about what challenges they faced and what players should expect when they dive in for themselves.

CG Magazine: What were the challenges with First Assault, and how did you overcome them?

Jung Eik Choi: Designing an FPS game that reflects the iconic Ghost in the Shell brand is a challenge we willingly took on, and are doing our best to meet. The visuals of this brand are amazing, and it has a strong philosophy and message.

Our Skill Sync system really highlights the themes of connectivity found in the original Stand Alone Complex series we were inspired by. We’re continuously finding ways to improve this system and balance it out for all players to enjoy.

CGM: Since Ghost in the Shell is such a beloved franchise, were there aspects you wanted to ensure you included?

JEC: As mentioned, we really wanted to reflect the message of connectivity found in the original anime. We emphasize and encourage teamwork through the Skill Sync system.

CGM: What are the eventual plans for the game? Are future updates already planned out?

JEC: We’ve already leveraged the feedback we received in Early Access to make changes and add polish to the game, and we’re going to continue listening closely to the players in our open beta.

JEC: We’re also continuing to develop and add new content. Some of our upcoming plans include incorporating the Tachikomas more, improving the Operative skill system, adding a BOT system, and introducing Competitive modes for the more advanced FPS players. 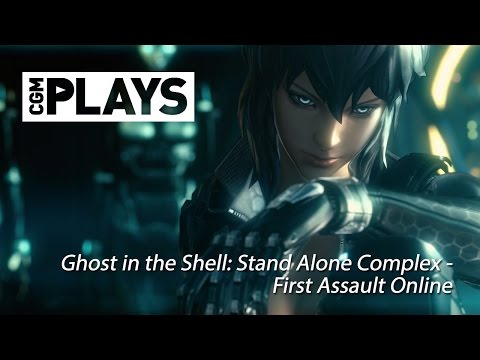 CGM: When releasing the game, how did you ensure there was a good balance of reward for playing mixed with a challenge for players to achieve? How was this balance worked out?

JEC: We want players to enjoy the game without receiving any stress from progression and leveling up. We’re still balancing this system, and recently applied an adjustment that we think players will find more enjoyable.

CGM: Was there anything that the team wanted in the game that just did not fit?

JEC: We definitely want to add everything we can from the Ghost in the Shell: Stand Alone Complex brand. A lot of the original content including hacking elements, characters and more are very appealing, but we have to find the right way to incorporate them into the game.

CGM: Each character in the GITS universe has a diverse set of skills, what was the process of translating them for the game?

JEC: First we took a very close look at all the characters within Section 9 and their distinct personalities and discussed which skill would fit them best. We also wanted them to share these with one another, highlighting that they are a team, and teamwork is what makes their missions a success.

CGM: Are there any plans to work out an eSports or competitive strategy for the game?

JEC: We think a competitive scene is very important for a PvP-based FPS game. We’re currently planning and designing a competitive mode for the game that we hope to release soon.

CGM: How did you go about balancing all the different classes, and did you find it had to change from what you experienced in the Beta?

JEC: We’re taking a close look at the balance of the Operative skills, how much they are used, if they are not too underpowered, and if they have enough impact on the gameplay. We’re also listening to what the players are saying. There’s a lot to consider while doing this. The way skills are used are different from each other and we have to consider this when we adjust anything. While analyzing the data during the Early Access and Open Beta, we found that some skills are used more than others. We think making little changes to this won’t have a big effect, so we’re looking into ways to improve the whole skill system. As we gather more data and feedback, we’re going to start designing more features to this system.

File Under: Ghost in the Shell