Channel your Inner Avatar with Quench

The game development scene in Toronto is going through a major boom. Over the past few years, we’ve seen games from both AAA  and indie studios become major hits. One game that is making a name for itself is Quench.

Quench is the debut game from studio Axon Interactive. Players control Shepard, an avatar of nature, who must use various weather abilities to protect a herd of animals during their pilgrimage. The game is also bolstered by a very unique, polygonal art style that lends itself well to tell the game’s story. CGMagazine had a chance to sit down with Tabby Rose and Jeff Rose, two of the leads behind the project, to find out more about this ambitious indie title.

CGMagazine: The game has a very interesting art style. What was the decision behind that kind of lo-fi, polygon style?

Tabby Rose: When we first started development, we went through kind of a long phase of not really knowing what we were gonna do with it. We knew that we wanted it to be told from sort of a prehistoric perspective, as if the story of the game was taking place on a cave wall; so we knew that we wanted something that in some way mimicked cave art. We’ve experimented with that for a while, but we couldn’t really find anything that was an interesting way to express that.

Jeff Rose: We really played around with a lot of ideas, like campfire stories, oral traditions, and hieroglyphics; ancient ways of passing stories down.

Tabby: At the same time, we were trying to figure out how to map out the simulation. In the end, we decided to go with a hex grid. During that time, we discovered an art tool that would allow us to draw the maps using Hexels. When we discovered that, we realized that it might look really cool to do the actual artwork in Hexels as well, using Trixels[triangular pixels]. Once we kinda honed in on that, we just went full-bore, and decided everything would be either hexes or triangles. 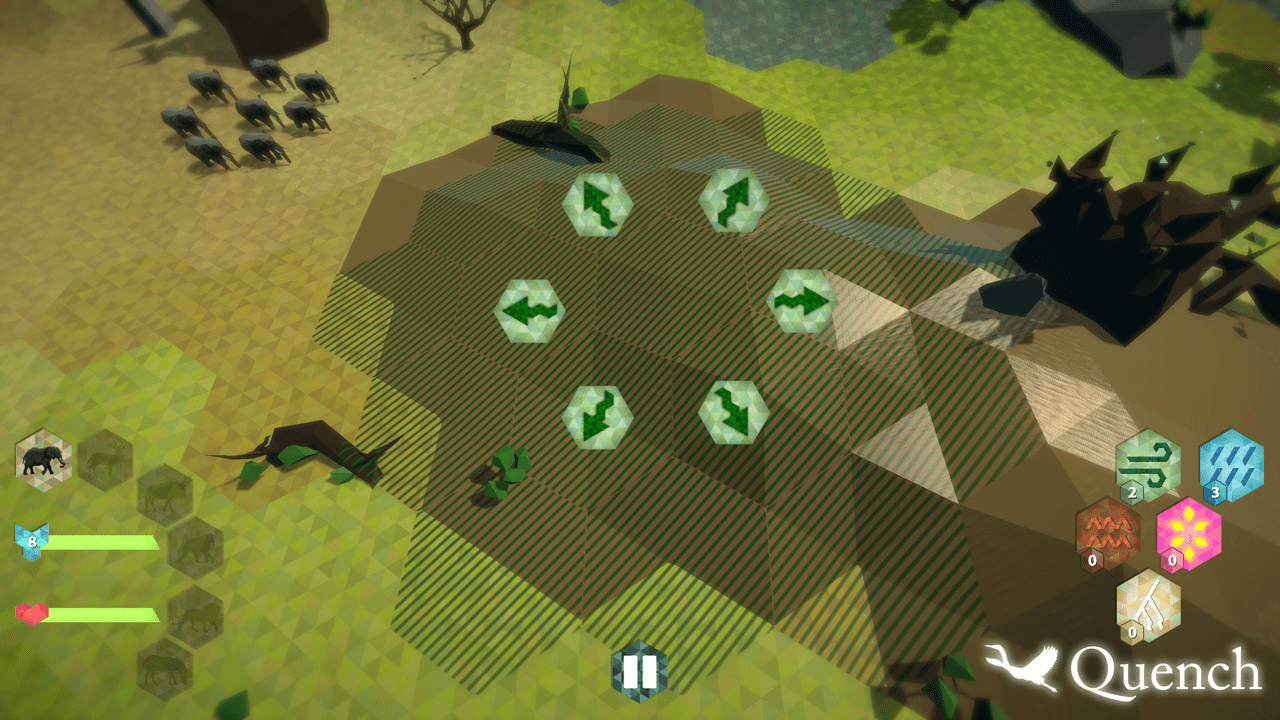 CGM: Was there any media in particular (games, movies, etc.) that inspired the concept?

Jeff: There were certainly a bunch of games, movies and media in general that fed into the tone of the game. Okami in particular is one of our favourite titles of all time. That natural feel of bringing beauty to the world around you through powers under your control was something we were really inspired by. The Lion King is also something that’s fed into the music and narrative more than anything else.

Tabby: We also were super into Journey, especially the visual style, the color palettes…it’s gorgeous.

Jeff: We’ve been trying to get water and sand to really bring out that wonderful, glittery look of that amazing scene where you’re just sliding down the sand.

Tabby: There’s some that we really haven’t mentioned before, like the Planet Earth documentary. The idea of having these natural vistas that we see from far up and seeing vast herds of animals moving along a plain, we wanted to replicate that. It’s a weird thing, [to be inspired by] a documentary. Visually, it’s kind of similar. 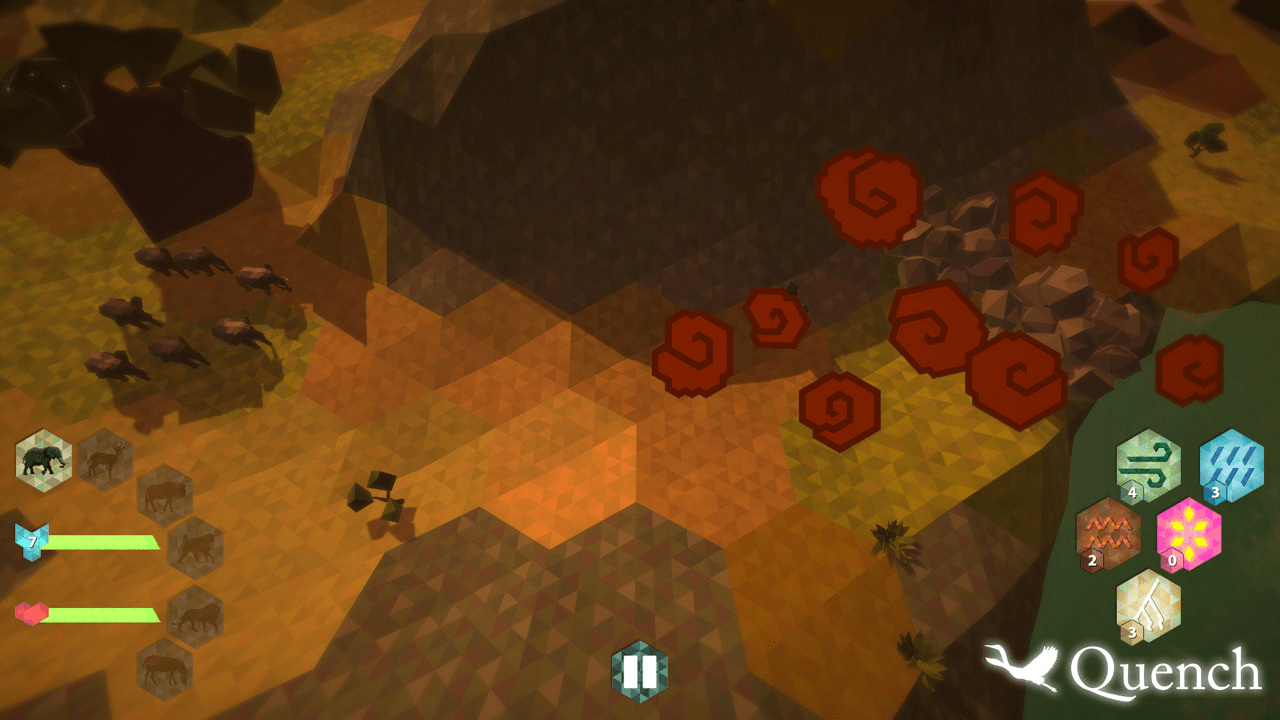 CGM: How long have you guys worked on the game?

Tabby: We’ve been in full development for about a year and a half. It actually started as a Jam game back in 2012.  We were at TOJam 7 when we made the very first iteration of Quench, which is long gone now.

Jeff: After that, there was a good stretch of time where we weren’t sure we were gonna do anything with it at all afterwards. The idea sat in our minds for a while and these themes piled up. I was at Humber Game Programming at the time going through school, and I needed to pick a Capstone project. Having this company brewing at the time (we had just started), I wanted to graduate with something we could put out there. I went, “We had given this a lot of thought, we have the themes there, everything’s in place and we have this idea fully formed, let’s go for it.” So I made that into my student project, pulled another editor/game programmer along, James Zinger, who now works at our office with us. That was the formal start of the project as it is now.

Tabby: We used the game project as a prototype to apply for funding. Got funded, and started production in March 2015.

CGM: You mentioned James Zinger earlier, how many people are in the studio working on the game?

Tabby: In addition to Jeff and I, there’s James Zinger, Kristina Neuman (who is the 2D artist on the game), and we’re the four full-time people. Then, we have Albert Fung, who works on the 3D creatures. He comes in once a week. We also have a constellation of contractors who are helping with other things on the game.

CGM: I was curious, how did Axon Interactive get started?

Tabby: I graduated from Bio-Medical Communications at U of T back in 2010. It’s a Masters program focused on medical illustration. I had made a game in my Masters, and I knew that I wanted to do freelance after that. Jeff and I worked together still at the time. So we decided to do freelance in our spare time. When we started, we were called Axon Digital Arts. We were operating under that name until 2014, just in the summers doing web projects. In 2014, we became Axon Interactive, Inc. You could say we’ve been around for 2 years, but we’ve been working for longer than that. 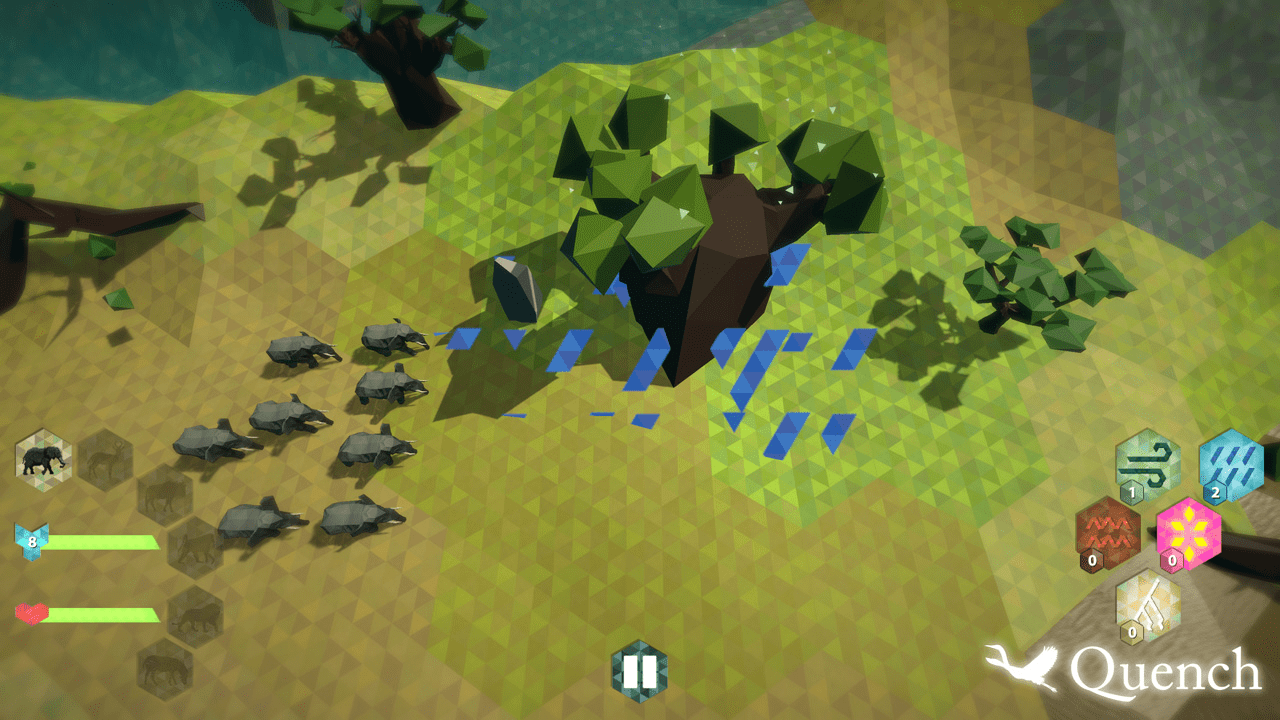 CGM: Since this is your first major title, have there been any struggles during development?

Jeff: When it comes down to it, all of us are pretty new to this. Among our core team, we don’t have anybody who’s a game industry veteran. I suppose that means we have fresh takes on things to some degree, but it also means we’re learning all kinds of things for the first time. Trying things, see what sticks.

Tabby: We do have somebody who works with us, Alex Bethke, who actually has made almost 100 games at this point.

Jeff: His advice is incredible, but he can’t babysit us.

Tabby: He’s been working with us since we got funded for the last year and a half. He’s been instrumental in helping us figure ourselves out.

CGM: Well, like you guys said, you guys have a new perspective on games. I haven’t seen a game like this I can really compare to.  It’s a very fresh concept. I noticed that you guys have the game on Kickstarter and Steam Greenlight. How have the people been reacting to the game?

Tabby: Most of the time we get to interact with fans, it’s at events. We’ve been at a couple Bit Bazaars, we were at the very last Gamercamp as a student project. We just brought the game to GDC and we did a show-and-tell over at IndieCade. We’ve been able to meet people and figure out what they really like about the project. We constantly and consistently get really positive feedback about the aesthetic, and about the tone. People love the fact that it’s a game that’s not focused on a violent main action. The main actions in the game have to do with helping, nurturing, fixing and restoring. That’s something that gets consistently brought up and something we’re definitely gonna continue with. 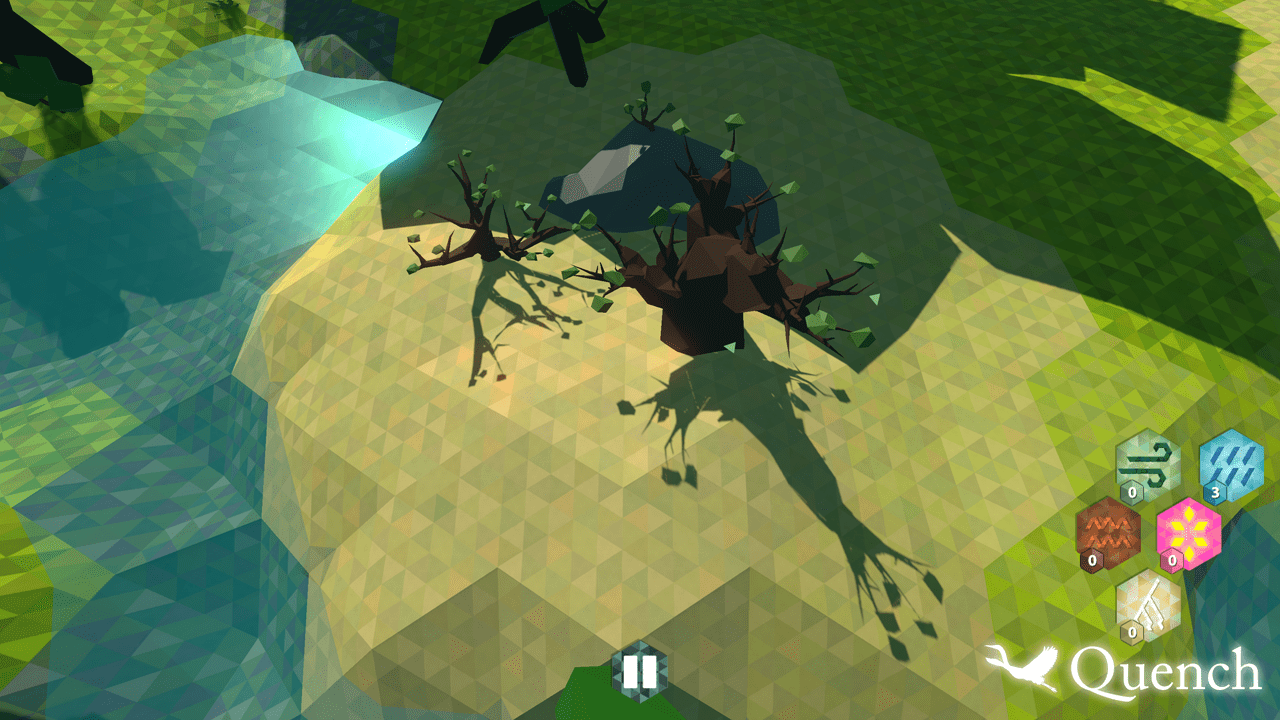 CGM: For the future of the company post-Quench, is that the direction that you guys want to go towards, more games where you’re not doing the typical run-and-gun and focusing on different experiences?

Tabby: I think we’ll always be experimenting with different kind of verbs in games. It doesn’t mean that we will always do games that are about pacifism, but I think we want to keep pushing that particular boundary.

Jeff: We really like the idea of having a proper moral to a story. It seems like presenting a story that doesn’t have some interesting thing to tell or some lesson to learn that people can walk away with is a little bit lacking, and we kinda want that. In this case, it’s very much this compassionate moderatism, this coming together to overcome differences and somehow solve the problem that we all share.  The lesson in future games might be something entirely. I think we probably would be aiming to weave a common thread of non-violent options, not necessarily saying that violence is always something that should stay out of the picture, but…

Quench will be releasing on PC and Mac this fall, with a possible Wii U version as a Kickstarter stretch goal.