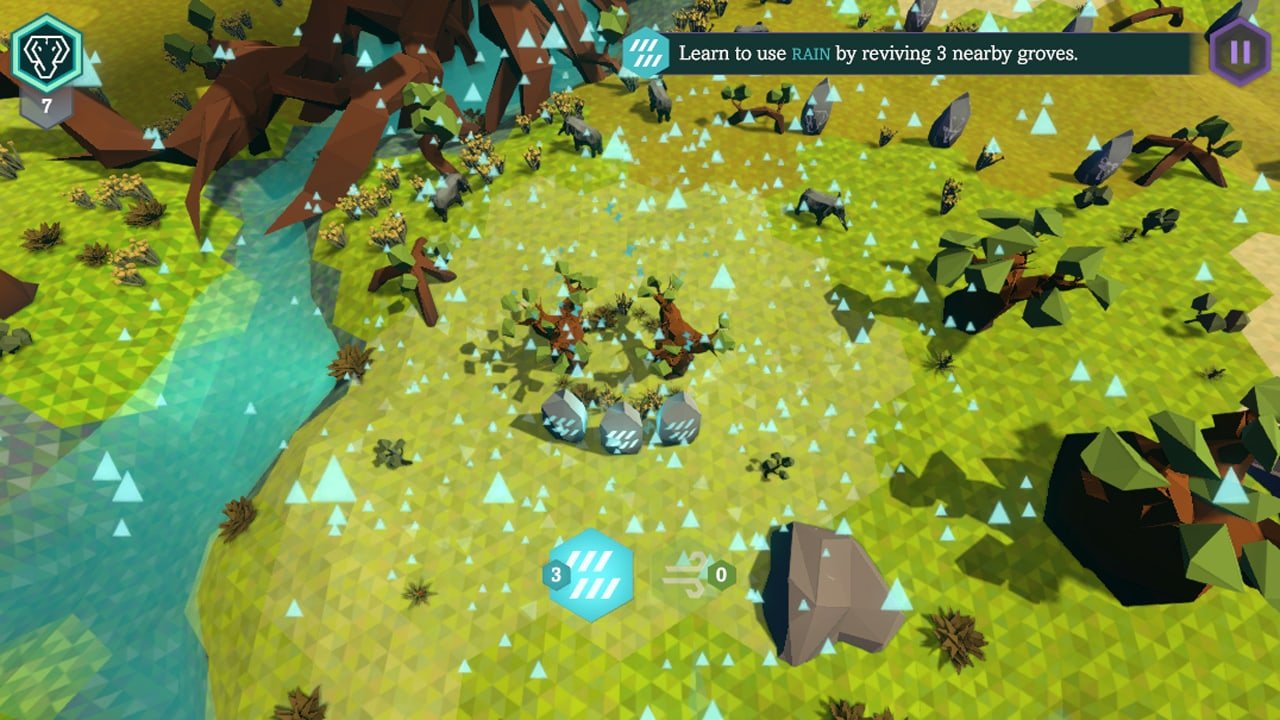 The first thing you’ll notice about Quench is its striking art direction. Unfortunately, the second thing, particularly in regards to the Nintendo Switch version of the game, will be its abysmal performance.

It’s hard for me to type this, as I was surprised at just how much fun I had with Quench, a game that I went in expecting not to enjoy due to its genre.  In Quench, you play as the enigmatic Sheppard, a white crane, or heron-like bird and literal Sheppard of various animals.  The game follows Sheppard as he must herd the migration of some of Africa’s most iconic animals, including the likes of elephants, zebras and lions.

At first glance, Quench may appear to be a real-time-strategy game or even a Lemings inspired title — in truth, Quench is a puzzle game.  A puzzle game that uses the classic layout of any good strategy game but in a new and novel way that gives the title a real sense of progression.

In Quench, Shepherd must guide the Elephant Tribe, along with other animals on their pilgrimage to sacred lands. Things naturally go awry, when the already harsh wilderness becomes overrun with Smokebeasts, malice or dark energy that has taken physical form. Luckily, as Shepherd, players have control over the weather and environment, which in the world of Quench include: Wind, Rain, Quake and Lightning.

Players can freely channel these elements as long as they have enough points available, which the game tracks individually. More points or resources can be gathered by using corresponding skills that reward the player with additional uses of other elements.

If this sounds confusing, it’s easier to break it down. For example, as the Shepherd, the player may encounter a pile of rocks, encompassed by distinct-looking runes with the symbol of Rain etched into it. If the player were to use the Quake ability, they would lose one point from that pool, but in doing so, gain however many rain runes were present around the pile.

Sequences like these are not only reserved for trading skills either. Players must carefully use their starting stock of power to clear obstacles, such as the rock pile mentioned above, eliminate enemies, or most commonly, reinvigorate the earth with Rain. As the name of the game may imply, Rain is the paramount power in the game.  All the animals that the player must guide, come in limited quantities, each having a limited amount of health. Rain can not only restore HP in the game but unlock fertile nodes, in which the animals can rest, while the player decides how to proceed.

Lightning is used to burn things, which can clear obstacles out of the way, or eliminate certain types of Smokebeasts that pose a threat to your stock.  Unlike Lightning, Quake can’t be used to kill, but it can stun enemies, giving your animals enough time to run away.  Wind, which is second-only to Rain’s versatility, can be used to hurry along your stock of animals, blow away sand or other debris, and impede Smokebeasts.

Quench eloquently melds these 4 powers in fun and engaging permutations that change up how the player must tackle each stage. For example, early on, the player only has to worry about shepherding their stock of animals to the end of the stage. Eventually, additional objectives are added to the fold, such as uncovering clues or impeding Smokebeasts from attacking your flock.  Quench’s strongest appeal is the dynamic it creates between juggling ability points while moving through and tackling various objectives in each of the stages.

Sadly, the Switch version of Quench runs rather poorly, particularly when panning or moving the camera across the map. The game tends to stutter or slow down every other frame, ultimately bogging down the entire experience. One aspect of the Switch version of Quench that does benefit from the unique hardware, is the touchscreen, which intuitively allows players to select abilities and commands on the fly, faster than when using the joycons or pro controller.

Puzzle and strategy game fans are guaranteed to enjoy their time with Quench. I can only, however, recommend the PC version of the game, as the Switch iteration, ultimately feels gimped in comparison. 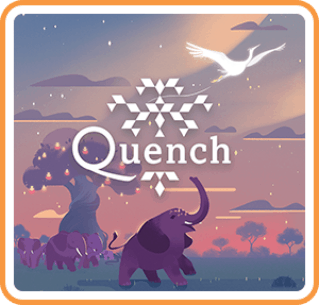