How Quest Nutrition is Promoting a Healthy Gaming Lifestyle

Gaming has never been seen as conducive to a healthy lifestyle. People have too often viewed the act of gaming as lazy; a hobby synonymous with eating junk food and avoiding any physical activity. Slowly but surely, this image is morphing into something wholly different. With the rise of professional eSports, the need for health and wellness within training goes hand in hand with developing the skills players need for the games they are playing. While the stereotype of the energy-drink-guzzling, snack-food-eating gamer still exists, it is slowly being eclipsed by the image of the player who mixes fitness with a healthy love of games, thanks to brands like Quest Nutrition.

Quest Nutrition is known for its line of protein bars and selection of protein powders, offering a range of interesting flavours combined with numerous healthy recipe options for people on the go. It is a brand now firmly linked with modern fitness, but one you would not normally think of as being tightly tied to gaming. Yet, in recent years, Quest Nutrition has made some major moves in its field and is now one of the key sponsors of the major eSports team, Team Liquid. CGM recently spoke to Yoni Ginsberg about this move by Quest into the realm of eSports and what the company has planned for the future.

CGM: What got Quest Nutrition into the realm of gaming and eSports?

Yoni Ginsberg: I am a gamer, our President is a gamer; so inside our walls we are super into gaming and eSports.

So the gamers on our radar, and just diving into that world, and seeing these guys are practising 14-16 hours a day. They’ve got coaches, they’ve got analysts, they have boot camps, you know, they are really treating this like a sport. But that perception of [gamers] eating Doritos and drinking Coke was pretty much a reality.

So we wanted to come in, not with the goal of selling protein bars, but with the goal of saying, “Guys, you’re athletes, you’re training like them, now you need to eat like athletes.” And trying to help with that shift, it became very clear that this [eSports] is going to be a massive, global phenomenon. Through that, it’s an opportunity to set a foundation of health within this sport. So that was the goal. It was kind of counterintuitive how a lot of people thought internally that it was a bit crazy, but we’re kind of a unique company, and we’ve got that ability—let’s try something different. And that started the relationship.

We were fortunate enough that Team Liquid was local, right down the street from us. We’ve been able to spend a lot of time with them, and just understand them, where they’re coming from. It turned into a really strong partnership, and obviously, they took off and had massive success, and we continued that partnership with them and elevated that partnership and then [went on to work with]  a bunch of other teams and individual players as well.

You’ve got gamers now—tonnes of them reaching out—who are on massive weight loss journeys. And that for me is sort of the biggest win, seeing this phase of seeing gamers who, for whatever reason, were living this sedentary lifestyle and were having the chips and the Coke, and because they see their heroes changing their lives and eating better and exercising, they’re following. It’s all coming around full-circle.

CGM: That brings me to my next question. How do you ensure they’re not only eating healthy, but also exercising and working with your brand to promote this healthy image?

Yoni Ginsberg: I’m so happy [if] all these people do is change their eating habits. Diet is about 80%. The biggest contributor [to fitness] you’ll see is a consistent and good diet. Because these guys consider themselves athletes, they should be exercising [too]. But they’ll get the majority of the benefit through changing their diet.

We’ve been very strong in our pursuit of showing people that a healthy lifestyle can be fun. We are not the brand that’s saying, “You need to be calorie-restricted and eat chicken breast and broccoli.” Our imagery is around food, delicious foods—cakes, pies, cookies, and all the things that you want to eat—and making them actually good for you. So to that end, we’ve helped a lot with their meals, we’ve got an in-house chef team that served them food, we’ve done some core initiatives with that, where they’re eating all those things that they want to eat, but we’ve transformed that food to make them healthy. Then later on top, you do have these guys that are taking this seriously, who are going to the gym and trying to go to that next level, and of course we’re supporting that.

Vision number one is we’re going to get you delicious food, food that you’re not going to be forced to eat but food that you want to eat and look at the success that you can get from that. 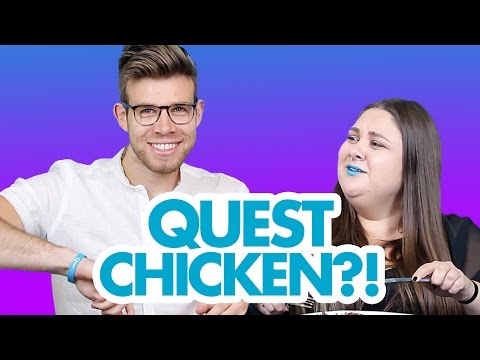 CGM: That makes sense. Looking forward, what kind of a mission are you doing beyond just working with Team Liquid?

Moving forward, our goal is to really increase our activity in each one of those categories. For example, our sponsorship is going to be similar to what the company’s done with Team Liquid. the [prime goal] being bringing new and innovative partners who can really tell that story and do it compellingly in the eSports landscape.

The second part, which is partnership, is more content-related, so it’s pretty much Twitch and YouTube. Finding those gamers, typically those gamers who are not playing competitively so much, but have a sizeable fan base, and trying to come up with content pieces that make sense for their audience while also incorporating our lifestyle and our approach to healthy eating. The third one is events. Being present at both eSports and EA events alike, and really being there for the fans. The community is doing number one for us. What we look to—whenever we’re creating a piece of content, or whenever we enter a relationship is—it’s never like, “Oh, how can we sell more Quest bars.” It’s how can we add more value to the community, and still do so authentically? I think, moving forward, events are a big part of our strategy as we can generate those one-on-one relationships. One of my favourite streamers was seeing the bars on the street. Here they are at TwitchCon, and I’ve tried the bar. And I think once you’ve had these bars, and tried our product… I really do believe there’s a shift that happens. You’re like, “Wow, these are delicious, AND good for you?” You know, it all makes sense.

CGM: Now that you have people picking up Quest Bars rather than a bag of snack food, what is the next step to promote them to eat healthier? Do you have any direction for meals etc?

Yoni Ginsberg: There’s two categories of that. Category number one is our protein powders have a cookbook with a tonne of recipes from cake to fried chicken and pizza.

That was a really big initiative, and going from the perspective of “don’t make the boring meals that are easily healthy, like chicken breast and broccoli,” that’s easy because no one wants to eat that. So how do we make a pizza that doesn’t have carbs in it, and make it easy enough that people want to actually make it?

Every week we do Facebook Live with a very simple recipe and the Quest Cooking Channel has dozens and dozens of recipes. There is a hardcover version of the cookbook for sale, but the goal of this stuff is not to be selling recipes, the goal is to give recipes away.

CGM: And make it so people can find easy solutions to weaning themselves off fast food, and get on healthy foods.

Yoni Ginsberg: Yeah, and actually we are in the process. We are also working on releasing the next content series, which incorporates both gameplay and cooking, and making it a very simple kind of way. So be on the lookout for that.