Talking About Tomorrow: An Interview With Matthew MacCaull

Brad Bird’s transformation of the Tomorrowland section of the Disneyland into a massive sci-fi blockbuster is easily one of the most highly anticipated movies of the summer and also one of the most secretive. It’s one of those rare tentpole summer movies that audiences can wander into without having much of a clue of what to expect. That in and of itself is cause for excitement. All of which makes it incredibly difficult to interview anyone involved with the film. Yet, we here at CGM are fearless in our commitment to geekery, so when the opportunity to chat with co-star Matthew MacCaull came up we dove in anyways. The Canadian character actor has popped up in everything from iZombie to WWE film productions over his career and Tomorrowland is easily his biggest project to date. His Tomorrowland character is also one of his most memorable: a minion to the perhaps evil forces within Tomorrowland with a creepily pearly smile, a mysterious walk, excessive politeness, and plenty of malice. Sadly revealing too much more about the character would be unfair but we went ahead and prodded McCaull about the film anyways, chatting about everything from the surreal nature of having his own action figure to the strict security surrounding reading the script and his future open door relationship with Disneyland. Read on to see what we were able to pry out of him.
Comics Gaming Magazine: Given all the secrecy surrounding the project, did you know anything about the movie when you auditioned beyond the title?

Matthew MacCaull: Not really. Well, I knew Dave Clark was the character’s name and that actually was a big key for me. I started thinking about the Dave Clark Five and that veneer of 60s optimism contrasted with the social unrest going on at the time. I thought that was an interesting dichotomy to define the character and then started listening to the music and that led me towards the theme song from Bullet and a cool 60s swagger.

CGM: Where did his creepy smile come from?

MM: It’s interesting, I don’t remember that being scripted but it might have been. It developed out of the preparation that I’d done. I worked very hard on Dave’s behavior and mannerisms and how he carried himself. Because he’s a…certain kind of character…I wanted to give a wink to that right off the bat without tipping it too much.

CGM: I’m sure being Canadian helped with that.

MM: (Laughs) Oh yeah. (Does smile) Welcome to our country. Also they’d given me those big veneers to put over my teeth. After putting those in, I just felt it was necessary to showcase the grill. I remember Brad Bird saying something about him wanting the audience to think he’s a nice guy, but also realize something is wrong right away. So it was a collaborative effort. 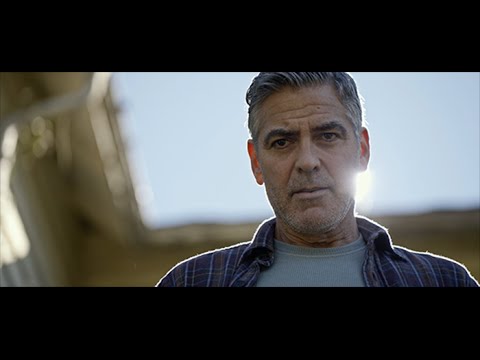 CGM: Did those teeth affect your speech as well?

MM: They really did. I felt like I was splashing my ‘S’s and I was convinced that was going to have to come in and redub all the dialogue after. But they told me it was fine, so of course I immediately assumed the worst. I was convinced it was David Prowse all over again. They hired me for the set and then James Earl Jones was going to come in and be Dave Clark’s voice just like Darth Vader. But nope, it worked. Whatever affectedness there is to the speech from those teeth actually helped the character.

CGM: Did you ever get a copy of the script for yourself or did you have to go to secret rooms to read it?

MM: It was the secret room scenario. I called up production and said, “Can I read the script?” And they said, “No problem, come on down to the production office and we’ll let you look at it.” So I signed out a numbered script and they put me in an office with only one exit and someone who wandered by every 4-5 minutes to ask I if I’d like any water and make sure that I didn’t take any photos of the script. Of course I did take pictures on my phone when no one was looking. I had a huge speech and I didn’t know how else to work on those lines. So I took the pictures and was ready to go when I got to set.

CGM: Did anyone ever find out?

MM: They’re finding out now! Thanks Disney. Love you guys! I would never post that stuff. I just wanted to be as prepared as I possibly could.

CGM: How was working with Brad Bird? He seems like an almost impossibly nice guy.

MM: He really is. He’s very genuine and down to earth. He had one of his sons on set and his wife was always there. He’s a very chill individual who just happens to have this amazing creative mind. He’s also a great collaborator. He cast people who could bring their own ideas rather than asking everyone to perform in a very specific way. He’d show up on set and say, “Ok, what have we got?” You’d say, “What do you think about this?” And he’d say, “Sure let’s try that” or  “That’s interesting, but how about this way.” It was a joy to work with him every day. 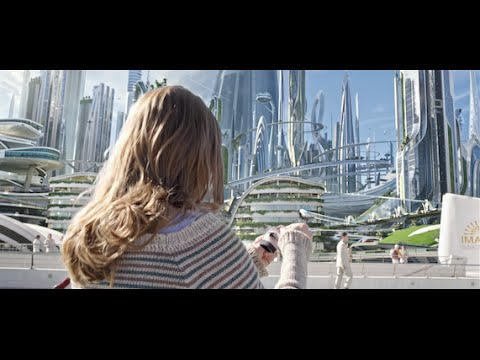 CGM: Did you get a free lifetime pass to Disneyland out of this?

MM: I’m not sure. I definitely got a wink and a nudge. We had a Disney host escort us to the premiere and he asked me what I was doing the next day. I mentioned that I was thinking of going to the park with my partner Chloe and he said, “Let me talk to someone.” He came back and we arranged a time to show up. Sure enough when we got there, he was waiting to take us around and we were able to go to the front of every line for every ride. I won’t lie, it felt a bit criminal but it was definitely a “welcome to the family” message from Disney. Then when I left he said, “Any time that you want to come back, just let me know.” So yeah, not bad. Nothing official, but I think I’m in.