A Visionary ‘How To Stay Relevant’ 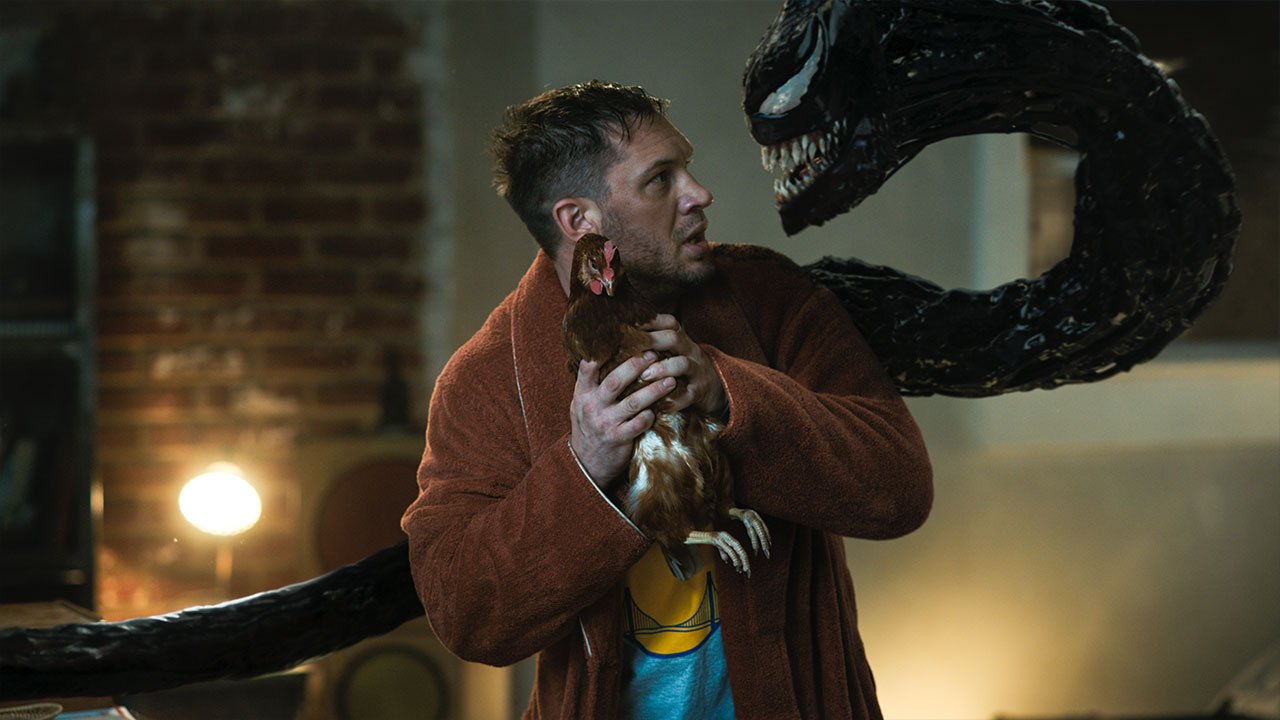 Todd McFarlane has had one of the most impressive careers in comic book history. From his work on The Amazing Spider-man comics, to being one of the co-creators of the anti-hero Venom, and the inception of the entire Spawn universe, can be accredited to his exploits in the industry to date.

These are but a fraction of his achievements. He has worked in music before creating the cover artwork for Korn’s Follow the Leader album, producing Disturbed’s Land of Confusion music video, and so much more. If there is an industry in entertainment, this legendary creator has scratched the surface of it, in true Todd McFarlane style.

The owner of McFarlane Toys, creator of a recent NFT – Oddkey.com with Steve Aoki – which is designed to allow creators to strut out their artwork on a marketplace and the artist of the upcoming Scorched comic series; we here at CGMagazine were able to sit down with Todd McFarlane to shoot some questions due to the new Venom: Let There Be Carnage Blu-ray release.

CGMagazine: As this is the second film in the franchise, the origins of the character have obviously changed due to Spider-man not being introduced right away. I was wondering if this is more in line with the vision you had with the character?

Todd McFarlane: It’s an interesting question. I don’t really go looking at superhero movies as being something that HAS to be true to the origin of anything, even in this case where I was involved in it.

What’s way more important, what I would call successful, is that they’ve taken an idea and made it relevant for new audiences. It’s now 30 years old, it’s still relevant, and they figured out how to spread that character and the interest in that character to people across the globe. I am a guy who, besides being an artist, I’m also a businessman.

If Venom could get into the world and entertain tens, if not hundreds of millions of people, Marvel and Sony, could get their money back, so they’ll make another one. That’s a successful formula. The details of it, you and I can debate all day long, but the bigger question is if you enjoyed yourself for two hours, was it worth your 10 bucks.

That’s the only question. If the answer is like, ‘yeah but,’ I don’t get stuck on the ‘but’ part. I just go, ‘so you got your 10 bucks worth of entertainment? Good.’ It was a success. If you think you didn’t get a $10 value, that’s more problematic. Which is different from saying, “I wish he had the big spider marking” or “I wish he had his tongue longer.”

CGMagazine: There was a point in this film that nostalgia may have even helped you along a bit, it was when he was referred to as the lethal protector for the first time on screen. Did that do anything for you?

Todd McFarlane: Well the lethal protector came from David Michelini, who was the guy who created it with an artist named Mark Bagley. The fact they’re leaning in heavy to comic book lore is what puts a smile on my face, because it means that we’re still a people who fit around in that industry. We’re still somewhat relevant, and our stories matter outside of comic books.

I’m sure David and Mark had an even bigger smile because, they coined that phrase, maybe even particular David himself, coined that phrase. So you’ve got a little bit of trivia you can bring out at cocktail parties if you want.

CGMagazine: Shout out to David and Mark. This movie, even as a comic book fan, it was really difficult for me to imagine this stuff on a screen, and they actually utilize the CGI effects really admirably. But more importantly, the comic creations came to life on screen accurately. But what could it mean for McFarlane films in the future?

Todd McFarlane: Well, look at special effects as a whole, are crazy good now. I mean, I could list you four or five movies where they literally destroyed the earth. Now that you’ve convincingly destroyed the earth, what else can you do? Everything else is gonna look tame after that.

Basically, now that you know that whatever’s trapped in your head can actually look good on a screen. It just unlocks your brain as a creator. 20 years ago, 30 years ago, you had to go “eh, I don’t think we can pull that off.” That’s no longer a hold back. Forget Earth, you can blow up universes now and make it convincing. Now, there’s no reason to hold back because somebody is going to sit in the CG room and make it look good.

CGMagazine: So, it’s kind of like what was locked in your head, there’s nothing locked in there anymore. It just explodes everywhere now.

Todd McFarlane: Well, it doesn’t even have to be what’s in my head visually, it just has to be that the thought of it can now be done. All of us close our eyes creatively, maybe some slightly different, maybe some of us, you know, drastically different, but, the people now that are doing the effects, and the directors and producers and storytellers, they can put their version of what they think that is in their brains and spill it out not only onto the paper, but also spill it out onto the screen.

Which is part of the fun and, honestly, if Venom was doing was still doing what he was when David and I first created him, today, I don’t think he’d be nearly as popular. That would mean 30 years of repetition, and 30 years of never changing. What Marvel’s and then Sony have done the movie is that they keep adding to the character.

They keep bringing a new evaluation of what and who Venom and Eddie Brock are to a wider, bigger audience, and that those pieces happen to be an amalgamation of 10,15, 20 different people’s thought processes. Again, however, they get there is less important than the parts to me. I’m a tiny piece, not nearly as important as the ways different people added to this character. That’s a massive success for the journey that they’ve been able to accomplish.

CGMagazine: So evolution is important in keeping the character relevant, you’d say?

Todd McFarlane: I mean, you can only read Garfield comic strips so long, because he’s just doing the same thing, but if he gets married and starts having kids, and then the kids start arguing with him, and he gets fired from a job, then now you’re adding stuff, instead of it being the same thing. Superhero movies, and the characters in them, whether they’re villains and or heroes, have to evolve, good, bad or indifferent.

We could have the debate of whether all the pieces added on are are in the right direction, but those are all personal tastes. But they have to evolve, otherwise they’re just sitting in the exact same spot, there’s redundancy, and you can’t build a big, giant brand if you think that every time you go to it, it’s just going to be a repeat of what you already know. There’s no fun in those movies, it’s really the biggest mistake most sequels make. They just lean so heavily on the first movie, that they don’t add anything new when building the second one.

Instead of saying, ‘no, no, no, we’ll keep some of the good stuff, but then we got to add new pieces,’ And we have got to turn the story, and make the character react differently than we did in the first movie. Not drastically, because there has to be a balance, but in a way that that people feel like they’re getting what they already know what they like, and that it feels new and fresh.

Okay, but not an easy task. But that’s that’s the goal. I think all people making multiple movies of the same of the same IP.

CGMagazine: Absolutely, so I’m just going to move a little bit forward to different projects of yours. We’re going into McFarlane Toys, I actually dug the the the Batman Year Two that you released earlier, that flowy cape.

Todd McFarlane: Let me tell you about comic books. Comic books are a little bit like movie special effects. You can do anything, because it doesn’t cost you anything, just a pencil. Sometimes that’s why we can’t do it in movies, you just know what it will cost to make it a reality. But when you’re drawing, you can create any spaceship alien city, blow up anything, do whatever, build any prop and that all comes free of charge. So we can get crazy about it. So, yes, I can do big flowing capes that are impossible to do in real life that look super cool on paper, but it may never be possible to do on the screen.

CGMagazine: So I’m gonna skip forward. So I’m gonna throw two at you real quick, are you working on “scorched” right now?

Todd McFarlane: The cover I got I’m working on, I’m just finishing the cover, it goes to print tomorrow.

CGMagazine: And what else what else can you tell me that you have going on right now?

Todd McFarlane: Oh, yeah, now that’s a list. I mean, obviously, trying to push some stuff in Hollywood. I have already done my nudge to Tom Rothman, the head of Sony, that Spawn needs to be at Sony because then you’ll have Venom, you’ll have Spawn, and I can help, if you want I can either help direct maybe a crossover, but we’ll get the internet going crazy.

Come on Tom, you need all things McFarlane in the same spot. But trying to get some stuff off the ground in Hollywood, both on TV and in movies. Obviously, we just continue doing the video games and toys and comic books, and then we just started a new platform for NFT’s. So there is a lot of good stuff that keeps me busy during the day.

CGMagazine: Thank you so much for your time, Todd. Can I also ask one more thing?

Todd McFarlane: Do it.

Todd McFarlane: The Venom question, I’m guessing is more of a Sony/Marvel question. The name Todd only rhymes with God. I don’t control all this, but the Spawn one. I think at some point, whoever takes a bite of the ‘Spawn Apple’ would be foolish not to try and go back to that well because it was so well-received. It won two Emmys. I think there’s a hunger for it still.

CGMagazine: Thank you so much for your time. That was fantastic.

Todd McFarlane: All right, you be good.

Fans looking to follow the exciting exploits of this legendary creator, Todd McFarlane can find him on Twitter, or check out his website for the latest McFarlane news.