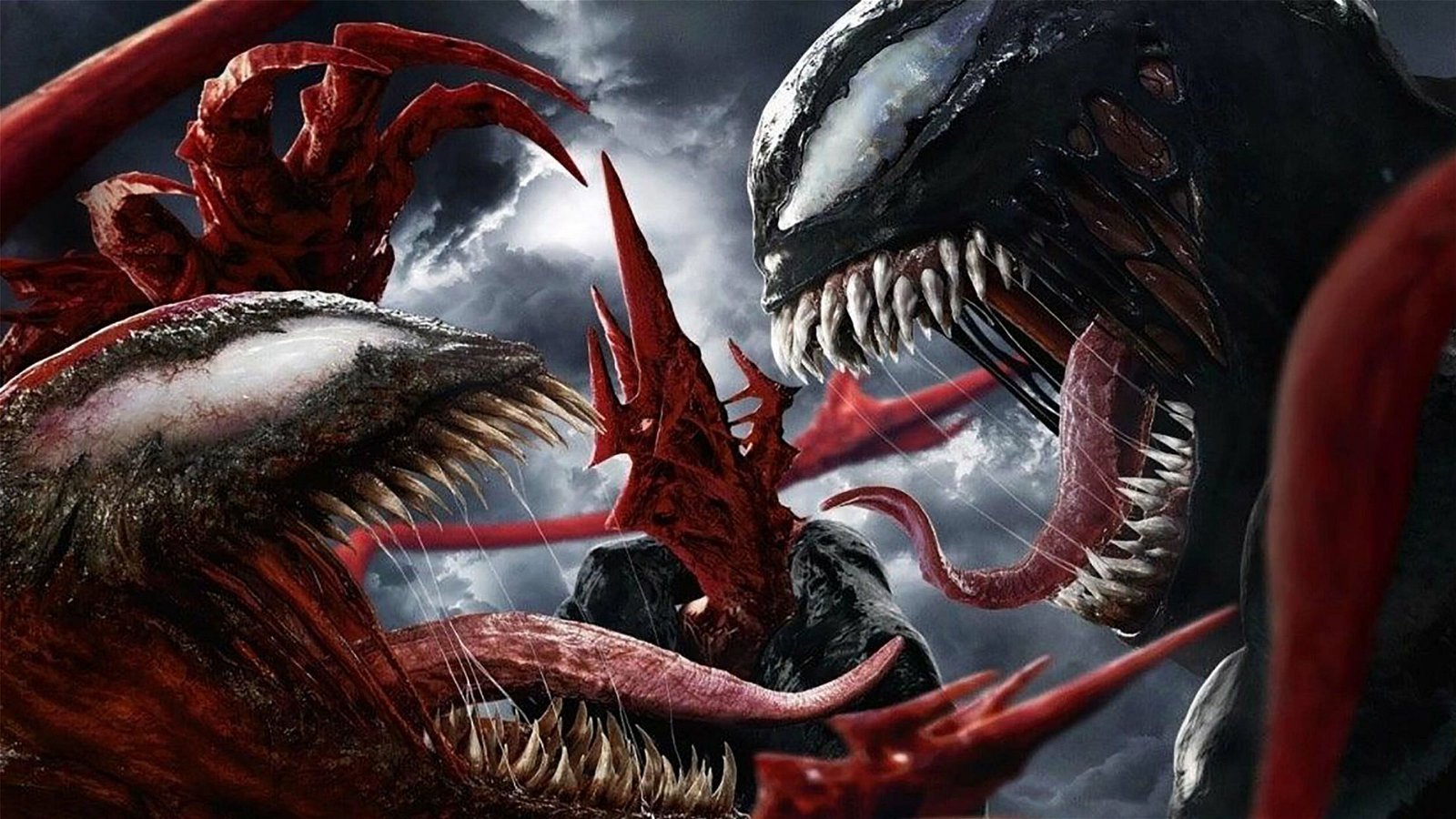 Venom (2018) was a fairly tepid experience saved by Tom Hardy and his banter while playing both the titular character and Eddie Brock. Unfortunately, that statement seems to echo true for the sequel, Venom: Let there be Carnage. Not to say I didn’t have fun with the sequel film, Venom’s second outing felt more akin to a welcoming back, reestablishing Eddie and Venom as the Lethal Enforcer, (a point the movie really wants to sell) rather than a action-packed bout between Venom and Cletus Kasady’s Carnage (Woody Harrelson).

The film opens with Eddie in hot pursuit of a lead that sees him face to face with an incarcerated Cletus Kasady, who ties him to several brutal killings that earn him a death penalty thanks to Venom’s sleuthing skills. Kasaday’s verdict is what the movie uses to fuel Carnage’s vengeance after the inevitable symbiosis between the killer and Venom offspring.

Despite Venom’s warning against visiting Kasaday during his execution, Eddie of course, goes anyway, a moment of weakness that leads to Carnage’s inception and subsequent breakout, a highlight scene of the entire movie that mirrors and pays homage to the Maximum Carnage collection of comics from the 90s.

“The biggest fault Venom: Let there be Carnage suffers from is the lack of screen time Carnage has to depict him as the relentless and deranged killer that his namesake implies.”

Similarly, Let There be Carnage also takes the time to introduce the character Shriek (Naomie Harris) to the film, a prominent villainess and Carnage’s twisted sweetheart from Maximum Carnage. Unlike the comics, however, Shriek’s character is heavily reworked from her comic debut, with her abilities of supersonic screeching left unexplained and her connection to Cletus embellished due to the absence of the characters Cloak and Dagger, the two anti-drug heroes closely tied to her original inception.

The biggest fault Venom: Let there be Carnage suffers from is the lack of screen time Carnage has to depict him as the relentless and deranged killer that his namesake implies. Instead, the movie spends too much time with Cletus, who only seems slightly off-kilter, in his casual but silent slayings of those around him. One aspect that makes Carnage such an iconic character within the pages of Spider-Man is the crazy and over the top dialogue that Cletus and Carnage share, acting as an insane foil to both Peter Parker and Eddie Brock’s characters, respectively.

Some of Carnage’s insanity is translated well for his theatrical debut, specifically his unsavoury penchant for poetry, but ultimately his character is a far cry from his comic book rendition, which ultimately robs him of the same on-screen energy found within Tom Hardy‘s Venom. Sadly, the funny and even laugh out loud moments Eddie and Venom share in the film only helps further showcase Carnage’s on-screen shortcomings.

Venom: Let There be Carnage borrows several iconic scenes from not only Maximum Carnage but also scenes found in The Amazing Spider-Man, such as Kletus’s old haunts, the Estes Home for Boys orphanage and an old gothic church, reminiscent of the church from Spider-Man in which the titular hero first discovered the symbiotes’ weakness, something Let There be Carnage utilizes in its climax.

Character designs for the new film are adequate, with Carnage looking, for the most part, fully realized from his comic book counterpart and Venom, burly as ever, powerful and prominent despite any ties to the webhead and thus the iconic spider emblem. Shriek’s character features the most significant departure from the comics, going from a caucasian woman donning a distinctively corpse-paint inspired death-metal look to being an African American woman with one shoddy eye that vaguely harkens back to the black and white aesthetic of the original, a subtler change that makes sense, but one that comes off as a bit too uninspired.

Venom: Let there be Carnage is an adequate follow-up to 2018’s debut film of the Lethal Enforcer, one that, unfortunately, even with the addition of Carnage, doesn’t live up to the heights of Spider-Man and does even less in being a stand-in for everyone’s favourite webhead pitted against Eddie Brock’s Venom.

Venom: Let there be Carnage is an adequate follow-up to 2018's debut film, one that, unfortunately doesn't live up to the heights of Spider-Man. 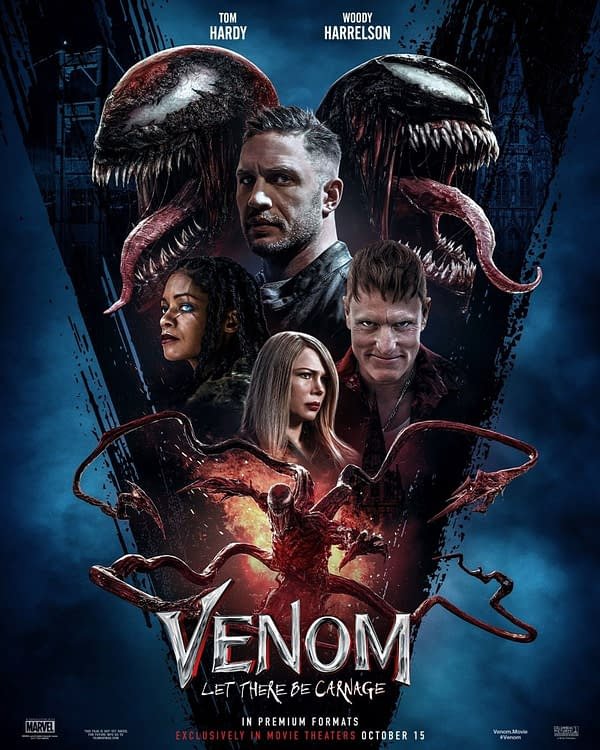