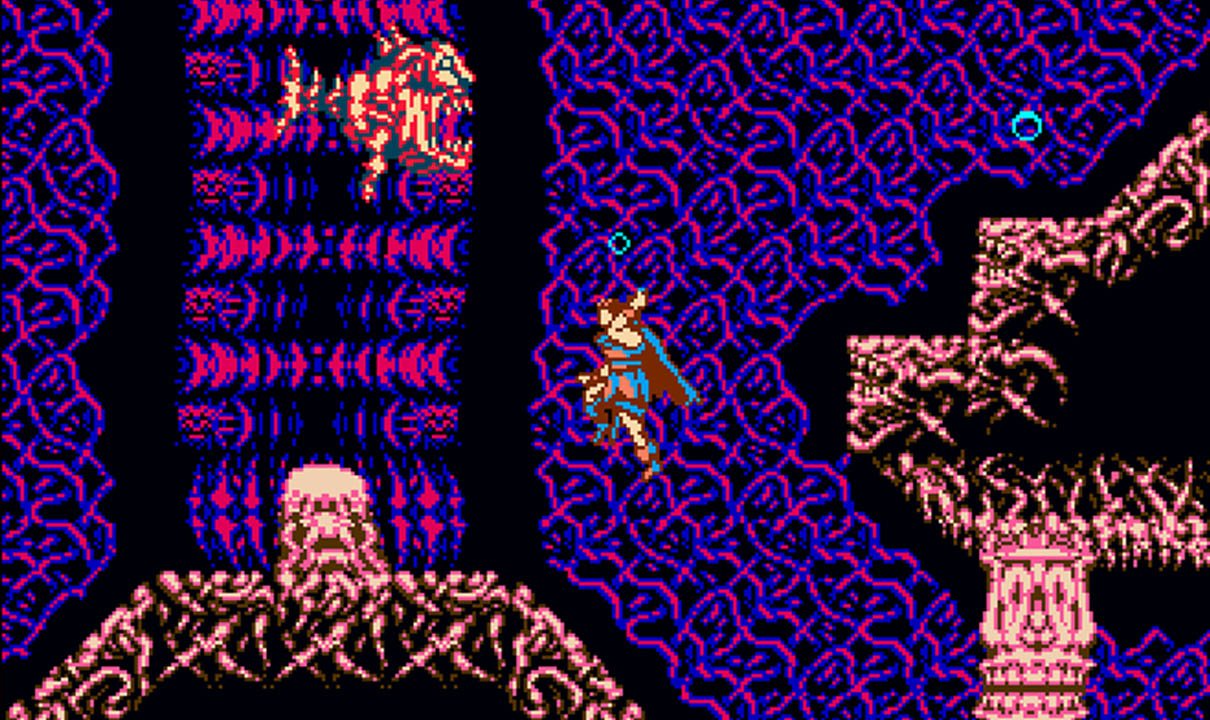 Released just a few days ago, Odallus: The Dark Call is getting positive reviews from players.
Thanks to the Indiegogo campaign two years ago, the game is now becoming a reality. The medieval fantasy game is reminiscent of a number of NES titles and reminds players of some of the best and irksome aspects of retro games.

Odallus was developed by the Brazilian company JoyMasher. It was founded in 2012 by Danilo Dias, Thais Weiller, and Marco Galvao and focuses on making games with 8-bit and 16-bit graphics. The company doesn’t have very many games under their belt, but their titles like Killing Moon and Oniken have gotten fairly good reviews and praised for their quality.

Odallus is a combination of an action platformer with RPG elements. The protagonist, Haggis, a retired soldier, must defeat the Dark Lord, solve the mystery of the Odallus stone, and save his kidnapped son. With the gods having left their people, evil creatures are now power hungry and stand in Haggis’s way.

Inspired by Ghosts n’ Goblins, Demon’s Crest, and Castlevania, Odallus looks like it belongs on the cover of an 80s metal band, especially with the artwork done on the darker levels. Odallus itself sounds like a Viking metal band name and the story sounds similar to that of a Dio song.

While there are only eight different worlds, they all have different themes, somber music, and even have secret paths that lead to other worlds, as is common with Metroidvania games. Considering that Dias studied architecture at one point and Galvao has been developing games since the age of eight, it makes sense why the levels are visually appealing.

There are a number of evil creatures to fight like blue skeletons, giant green cyclops-like monsters with a mouth on their torso, and a big red and yellow blob with fangs and tentacles. Bosses are said to be huge, and the combat being somewhat difficult. While there are different weapons and armour to purchase from the merchant, timing and skill play a large role because of stiff controls and the different attack patterns enemies have.

What’s also interesting is that in a blog post, Dias mentions that, while Odallus does use traditional NES game aspects, there were a few modern tweaks made.  For example, the NES colour palette wasn’t very diverse. From a selection of 64 colours, there were many more cool tones available, compared to warm ones, especially when compared to the Master System. That is why there is more red used in Odallus, unlike earlier NES titles. Dias also mentions he expanded the tile size, altered the gamma levels for some of the backgrounds, and avoided semi-transparency effects and alpha blending.

JoyMasher has said that the game can be completed within four hours, but depending on the individual player’s skills it could take longer. There is a lot of backtracking that needs to be done in order to fully complete the game. As more abilities become available, players need to go back to previous worlds to find collectibles, weapons, and abilities which can be used to help defeat the final boss. As tedious as it sounds, it could affect the final ending of the game too. While JoyMasher has mentioned that there are two different endings, there hasn’t been any word on the difference between them yet.

It should be noted that, just like any other game, there are a few bugs that need to be worked out. Once JoyMasher has taken care of them, they will be working on a veteran mode. It will feature bosses with more HP, more enemies, and possibly even Haggis’s HP not recovering until after a stage is beaten.

Despite the bugs, Odallus: The Dark Call is pretty solid. It borrows themes from other games but provides players with a good experience, even if it’s only for roughly four hours.