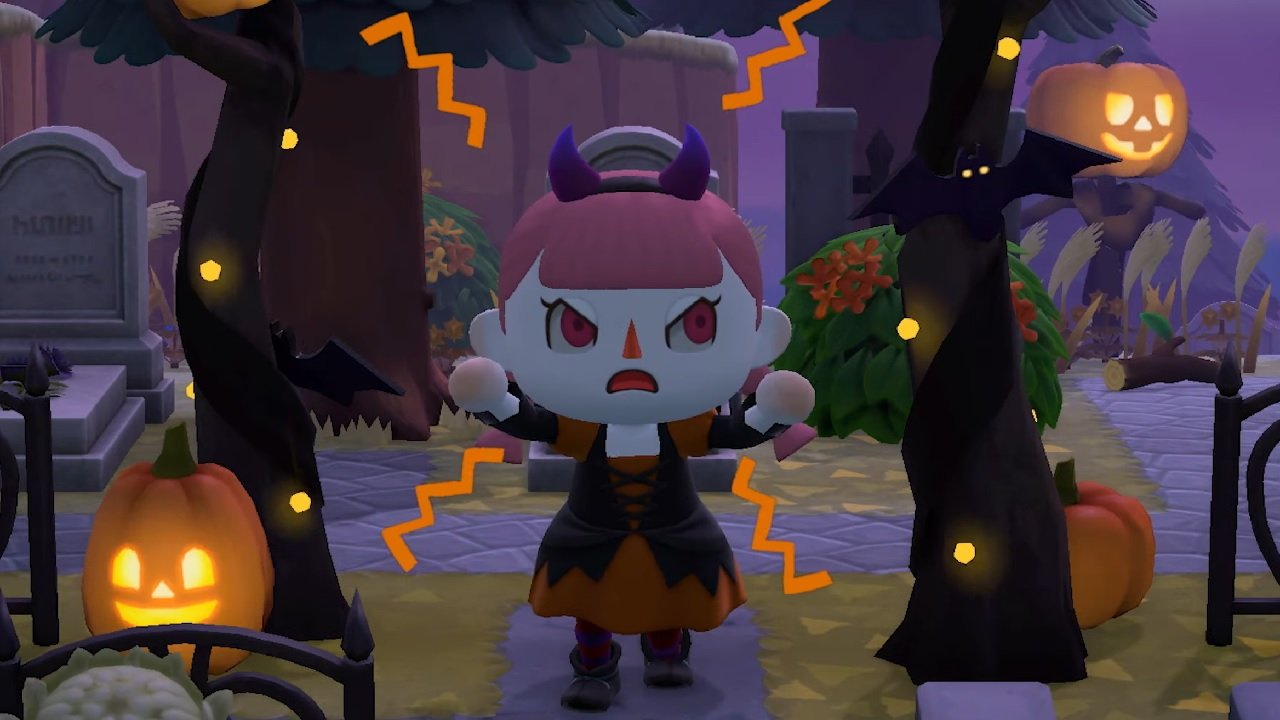 Animal Crossing: New Horizons may just be the breakout hit of 2020. It seemed to arrive just when players needed it most, offering a slice of cutesy escapism when most people were staying indoors as much as possible. Since the game’s launch in March, Nintendo has been patching in further seasonal updates, such as the infamous “Bunny Day” Easter event or the addition of swimming and diving.

The game has stagnated on these content deliveries, as it has been almost two full months since the last, July’s Summer Update Wave 2 – the longest stretch since launch. However, that will change next week with the arrival of the Fall Update.

Coming September 30th, the update will add Halloween-related activities to Animal Crossing: New Horizons. Players can grow pumpkins to get components for new spooky DIY items, buy candy from Nook’s Crossing, or get costume components from the Able Sisters. New character customization options will be available for skin tone and eye colour to help with costuming.

Everything culminates with a trick-or-treating event on October 31st, starting at 5PM local time, when “Jack, the reigning Czar of Halloween” will arrive to oversee a candy exchange. Villagers will dress up for the occasion, and players can earn rewards for participating – similar to the August fireworks festival goodies.

Between growing pumpkins for crafting and collecting a candy hoard to distribute to neighbors, the Halloween event provides a lot of incentive to return to Animal Crossing: New Horizons on a daily basis again. (Nintendo is sending a Ring Fit item to users who update – is that supposed to sway somebody to come back?)

Also coming soon is an update for the NookLink app, which allows you to handle your villager’s reactions with your smartphone instead of the in-game menu. The dream suite service will see some streamlining as well.

(Personally, it seems a tease to add pumpkins, but no cafe to order pumpkin spiced beverages from – where is Brewster hiding, Nintendo?)

In now-standard fashion, Nintendo teased the next update at the end of the trailer, suggesting a Thanksgiving and Christmas-themed patch for late November.

Via Twitter, Nintendo also announced that new quantities of the ACNH-branded Switch console are coming to stores soon. Reprints of the Animal Crossing Amiibo cards Series 1-4 will be available “at select retailers” for $6.99 CDN per pack.