If you’re looking for some more twin-stick shooter action, than Housemarque has you covered.

The Finnish company that brought us Dead Nation, Resogun, Outland and more is gearing up to launch their latest title, Alienation. The world is under attack from an alien race and its up to the newly formed UNX squad to defend Earth. Team up with your friends to destroy everything that moves in this fast-paced action-packed shooter.

Play as different classes and make upgrades to skills and customize weapons to better suit your way to play. Team up or invade your friends’ game to wreak havoc in the highly destructible levels chock full of aliens and explosions.

Alienation is alread up on PSN for pre-order with a 10% discount off the launch price of $19.99. It will be available on April 26 for PS4 only. 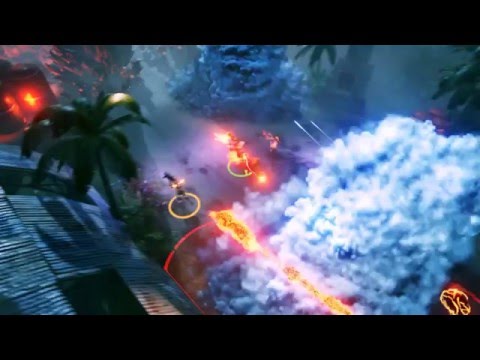