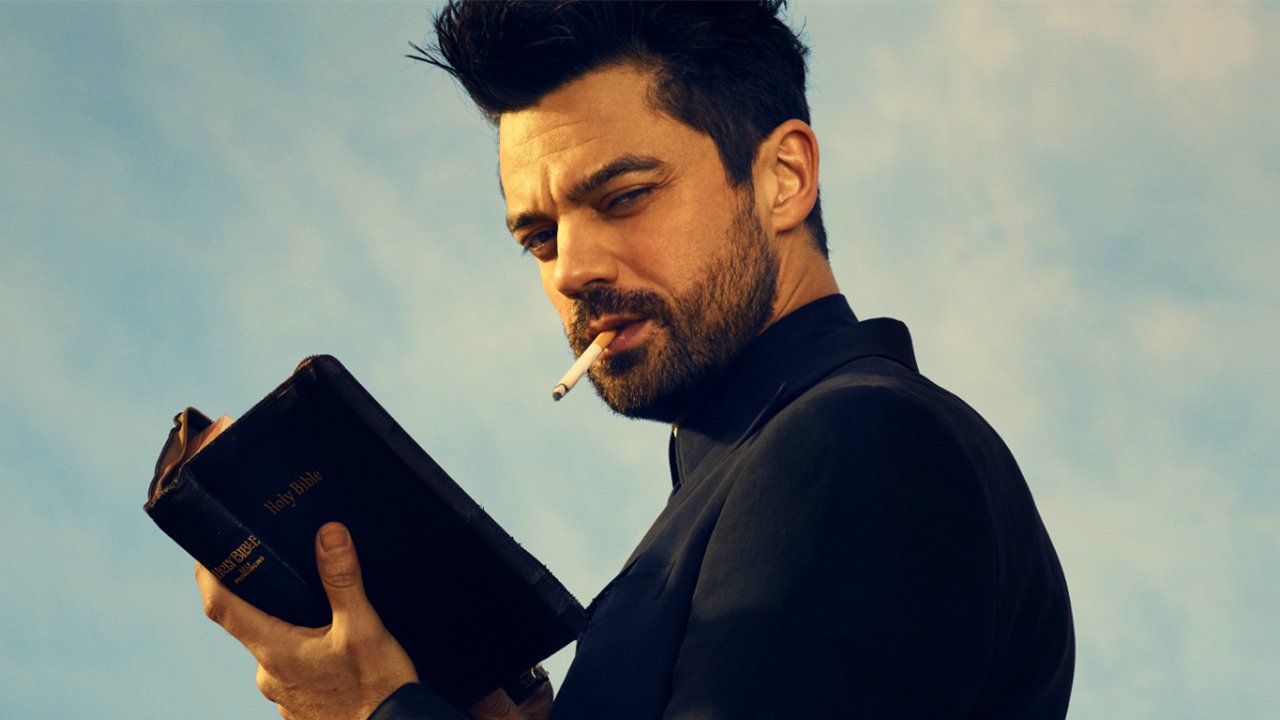 AMC released their first look teaser for the upcoming season two of the TV series, Preacher.Preacher’s season two teaser debuted during last night’s season finale of The Walking Dead. Preacher will be returning on June 25, 2017 premiering with a two-episode event on Sunday at 10 p.m. ET/PT and Monday in at 9:00 p.m. ET/PT, the series’ regular time slot.

Preacher is a supernatural action drama developed by Seth Rogen, Evan Goldberg and Sam Catlin. The series stars Dominic Cooper as Jesse Custer, a small-town preacher who is on a mission across America to find God after being possessed by a supernatural being known as Genesis. Playing the Irish vampire and Custer’s best friend is Joseph Gilgun. Ruth Negga also costars as Tulip O’Hare, Custer’s gun wielding ex.

Preacher is an adaptation of a comic book series of the same name. Created by writer Garth Ennis and artist Steve Dillon, the series was published by Vertigo, an imprint DC Comics. The comic ran for 66 issues between 1995 and the year 2000. Preacher is often regarded as one of the greatest series by the publisher along with Swamp Thing and Sandman. Stephen King stated that his comic book series, The Dark Tower: The Gunslinger Born was influenced by Preacher.

Before becoming a TV series, Preacher was originally pitched as a film. Creator Garth Ennis sold the film rights to Electric Entertainment in 1998, believing the series would translate well into a movie. Rachel Talalay was hired to direct with Ennis writing the script. The movie failed to find investors at the time, being considered too religiously controversial. The movie started up once again in 2001 but production was pushed back due to financial issues. By 2006, HBO commissioned Mark Steven Johnson and Howard Deutch to produce a TV adaptation for the series. The project was going to be developed as a shot for shot remake of the source material with each episode covering an issue of the comic. The project was again abandoned for being too religiously controversial.

Reception of AMC’s Preacher has been positive so far. The first season ran for 10 episodes during 2016. The second season will run for an extended 13 episodes.