AMD have announced new Ryzen based CPUs in addition to a new range of Radeon Vega GPUs during the Capsacin Siggraph event in Los Angeles.

Starting things off with AMD’s revitalized line of Radeon branded Vega GPUs, the company unveiled several new cards in the Radeon RX Vega family, including the Radeon RX Vega Liquid Cooled Edition. The aforementioned card utilizes 64 compute units, making it the most powerful Radeon card ever built. Additionally, the Radeon RX Vega line will also be available in a standard and air cooling variant, on top of the liquid cooled edition.

Those worried about price can rest assured as the cards start at a reasonable $399 USD.

For those wanting to further sweeten the deal, can look forward to and take advantage of an upcoming promotion, in which AMD is partnering up with industry leaders to offer Radeon RX Vega purchasers the option to bundle up in what the company is dubbing Radeon Packs. The combo will offer customers who have purchased a new Vega based GPU different packages that include motherboards, Ryzen CPUs, and even a $200 discount on Samsung branded high-end monitors. Below is a breakdown of the available Radeon packs:

PC enthusiasts looking to get their hands on AMD’s revitalized line of Radeon cards can do just that, starting August 14, 2017. 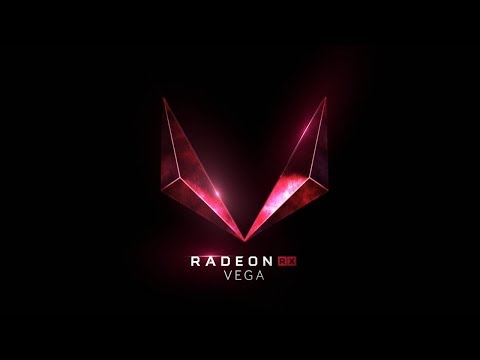 The Radeon WX9100 is a workstation graphics card, meaning the card has been designed from the ground up in delivering performance that excels in even the most demanding media and entertainment tasks. Spec wise, the upcoming graphics card will feature

12.3TFLOPs of peak single compute performance, in addition to an enhanced geometry pipeline that promises to improve processing efficiencies.

A 51% increase in memory bandwidth. 2.6x performance/watt, 2.3x faster than AMD’s previous generation of graphics cards. With additional support for the latest in display technologies, which include support for 8k at 60hz, 4k at 120hz and DisplayPort 1.4 HDR ready support through AMD Eyefinity technology.

The Radeon Pro SGG will offer the same cutting edge performance of the above card, in addition to being the world’s first graphics card to break the terabyte memory limit by hitting 2TBs of graphics memory.

Both the Radeon WX9100 and the Pro SGG will be available starting September 13.

With the introduction of Threadripper, AMD’s line of Ryzen CPU’s is proving to be a real contender against Intel’s line of processors. AMD took the opportunity to announce 16 and 12 core Ultimate Boost Ryzen based processors. The new Threadripper cores are unparalleled in performance and aim to provide those in need of workstation machines with efficient and industry leading computational power.

Those worried about compatibility can rest assured, AMD promises that all their upcoming Ryzen Threadripper processors will be supported by the full X399 ecosystem, with support from leading Motherboard manufactures that include the likes of ASUS, Gigabyte, MSI and ASRock.

AMD also announced their new creative initiative, a partnership with industry leaders known as AMD Studios. The Hollywood, California based project aims in advancing the technology of entertainment, creating hardware and software solutions for the ever-increasing demands of modern storytelling. The project will focus on fields such as VR and AR in the realm of film and television, incorporating traditional and tested means of storytelling with breakthrough and cutting edge technologies.

Finally, AMD unveiled a partnership with Inventec with the introduction of the P41, a massively parallel computing platform in a 2U form factor designed to excel in a range of tasks, from graphics virtualization to machine intelligence.

The rack boasts more cores, threads, compute units, IO lanes and memory channels in use at one time than in any other similarly configured system ever before.

The P47 is expected to be available from Inventec and their principal distributor AMAX in Q4 of this year.

Overall, it seems AMD is serious about making a comeback in the high-end computers market, especially in the realm of high-end graphics card, with the resurrection of the beloved Radeon line of graphics card.