It has been a long time since AMD unleashed a new CPU into the PC landscape, but that is about to change. Today AMD has confirmed that the Ryzen 7 lineup of processors will hit retail starting March 2, 2017, with pre-orders open Today at 1:00 p.m. EST.

The Ryzen 7 lineup of CPU’s boast an impressive lineup of specs, with the 1800X reportedly out-performing the similarly configured 8-core, 16-thread Core i&-6900K in Cinebench and handbrake video transcoding tests. It is also boasting similar performance when 4K gaming, all at a much lower power consumption and price point.

“We deeply appreciate the ways in which our partners and customers came together to build a high-performance ecosystem for Ryzen,” said Jim Anderson, senior vice president and general manager, Computing and Graphics Group, AMD. “With an anticipated 82 new motherboards from ODMs worldwide, Ryzen-based designs from top global PC OEMs expected soon, and boutique SIs and OEMs showing extreme-performance PC designs, this will be a launch like no other. Unprecedented pre-order support from etailers globally shows that our ecosystem and partners are fully behind AMD and our commitment to return innovation and competition to high-performance PCs.” 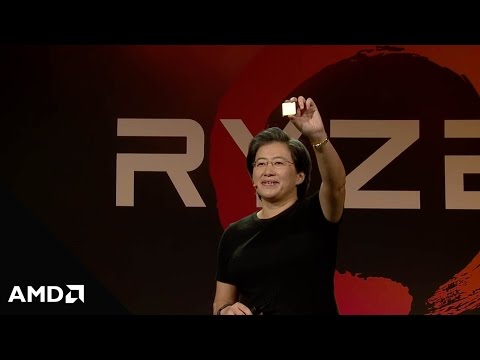 With VR, and the rise of 4K gaming, AMD could not have picked the better time to jump back into the PC CPU race at full force. The Ryzen 7 lineup is looking to be an exciting offering, and if AMD is able to pull off the boosted performance in real world testing it could easily change the enthusiast building market landscape. For more details on the future of Ryzen, along with details on AM4 motherboards and compatible thermal options, AMD CEO Lisa Su will be doing a AMA on March 2, 2017 at 11:30 a.m. CST on the AMD Reddit.  CGMagazine will have a full review of the Ryzen Lineup closer to launch.