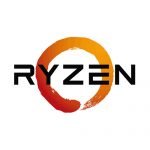 It’s been nearly six years since AMD debuted their FX line of processors and were critically bashed for the underwhelming performance. AMD may have launched the first-ever 8-core CPU onto the market, but with only Intel i5 equivalent benchmarks, the market had no reason to pay much attention. Due to this launch the CPU market became stagnant from lack of competition, with newer units grossly marked up for only minor improvements. Users who want to build an enthusiast grade PC usually pick Intel, leaving AMD to fight the used marketplace for budget builders. After six years with their back against the wall, AMD has finally launched a counter-attack against Intel’s i7 lineup with the $499.99 USD Ryzen 7 1800X.

Before we go into all the numbers and crack down on performance percentages let’s talk about the build. AMD sent over nearly everything to create their flagship system, which included the Ryzen 7 1800X, the new Asus Maximus Hero AM4+ motherboard, Noctua’s latest after-market cooler and 16GB of Corsair Vengeance DDR4 memory. Lastly, I ripped out my RX480 4GB graphics card to act as the cherry on top. With every component installed and successfully posted, we now had AMD’s most powerful system to date at our fingertips to play around with, and was it ever fun.

Under the hood of the Ryzen 7 1800X are 8 physical processing cores and 16 threads all running on their brand-new Zen architecture. The chip runs off a TDP of only 95W and comes unlocked, running at a base clock of 3.6 GHz. The 1800X can then be further boosted to 4.0 GHz, but surely overclockers will be able to take advantage of such a low power threshold and push this chip even beyond 5.0 GHz. To finish off the specs the 1800X also has a combined total of 20 MB of L2+L3 cache (4 MB and 16 MB respectively). With such impressive specs for a $500 CPU, the only Intel offering to compare is the i7 6900K, which normally retails at over $1000 USD.

The first test I ran was PC Mark 8 and their lengthy Creative 3.0 multi-tasking benchmark. The reason for this is that AMD doesn’t look at Ryzen as just a powerful gaming processor, but a chip that developers and film editors alike can use to rapidly render and export their upcoming projects. After the test was complete, our Ryzen system scored a total of 6135 points, with some highlights being 19.7 seconds to complete their batch photo editing test and reaching over 60 FPS average on the second part of their mainstream gaming test. These are the kind of performance numbers we’ve been seeing AMD talk about since the Zen architecture was originally revealed.

Moving over to Cinebench R15, The 1800X was able to hit 1470cb on its first CPU test, which wasn’t the number that AMD broke the record with and beat out the Intel i7 6900K, but still featured great performance. Promptly after this first line of testing we received new Bios updates and management software. The second round was our definitive test, which found the Ryzen 7 1800X finally hitting much closer to that record breaking benchmark with a score of 1573cb, 91.7 FPS Open GL, and a fantastic single core score of 161cb. Intel’s newer i7 lineup is still competing closely with these numbers, but the performance per dollar is unmatched.

Benchmarking wouldn’t be complete unless we threw 3D Mark’s Time Spy at AMD’s flagship system. The system scored an overall 4355 with no overclocking or boosts applied. The CPU score reached over 6000 points with the RX480 dragging down the raw potential of the system. NVIDIA Pascal based GPUs work like a dream in a system like this and will easily run games at over 90 FPS, even with minimal PC optimization. VR users haven’t been forgotten though. Due to the RX 480’s on-board VR software working in tandem with Ryzen, a passing grade in Steam VR is quickly achieved.

At this point we know that the Ryzen 7 1800X is delivering some amazing numbers right out of the box with no effort applied to reach its peak limits. What amazed me more than anything was how stable everything was while running on Beta software. Games quickly load; there are no dips in frequency or rapid rises in temperature and it all runs silky smooth while keeping up with multiple monitors and multi-tasking programs. I expected hiccups or crashes to occur while testing due to AMD’s past history of poor driver support, but this truly feels like the most complete launch AMD could have for their new line of processors. A crisp and worry-free user experience right out of the gate.

Closing out our gaming benchmarks, I went ahead and tested Total War: Warhammer (DX11+DX12) and DOOM (Vulkan). I wanted Total War: Warhammer to be our first test subject because it is a more heavily oriented CPU title due to the sheer amount of units and effects the game has to render at a single moment. I made sure to zoom in and out rapidly, slowly pan the screen and then zip right to another corner, but there wasn’t any chugging or stuttering like with my FX 6350. The 1800X just wouldn’t break down and the system achieved an average of 65 FPS on DX11 and an average of 73 FPS in DX12. I believe these results directly correlate to the smoothness that AMD is boasting about to Twitch streamers who suffer from delays. The CPU is delivering every frame it promises. DOOM was a treat to benchmark with Vulkan enabled and reached just over an average of 90FPS.

AMD has accomplished everything they sought out to do with Ryzen and even broke their own expectations. Intel has already responded to this wave of team-red positivity by lowering the prices on their CPUs and offering multiple coupons to keep people in their court. I don’t see this hurdle stopping Ryzen’s hype train though because this CPU has added something the market has been seeking out for almost six years: innovation. What’s more, this innovation is affordable. $500 isn’t chump change, but comparing these results to a CPU costing double the price makes that difference so much more substantial. Expect reviews of the rest of the R7 lineup in the coming weeks.

AMD’s Ryzen R7 1800X has achieved something the CPU market has been craving for 6-long-years, innovation.
REVIEW SCORE
10
File Under: AMD, intel