It’s been seven years since the Portal series saw its last release with Portal 2, but Headup Games and ClockStone Software are bringing the series back before the end of 2017 with Bridge Constructor Portal. 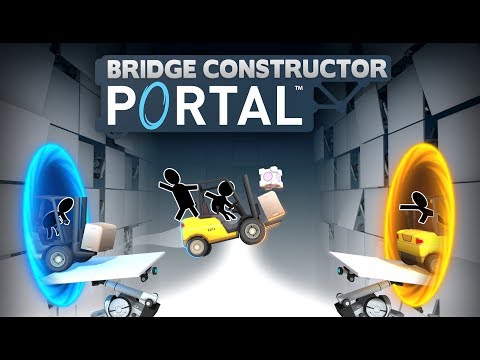 In Bridge Constructor Portal, you’ll construct bridges using spans and supports to allow traffic to cross from one side of a level to another, while also using the Portal gun and other tools common to the Portal series to make sure the feat bends physics as much as possible. As is common to both franchises, expect to fail hilariously along the way.

“Bridge Constructor Portal will blend the laws of structural engineering and technology straight from Aperture Laboratories into an exciting new game experience, all under the demanding gaze of GLaDOS,” said Headup Games in a press release.

Versions for the Nintendo Switch, PlayStation 4, and Xbox One will follow next year, according to Headup Games.

Liked this article and want to read more like it? Check out Lane Martin’s From Android Nim to Portal – The Evolution of Puzzle Games!