Call of Duty Possibly Coming to the Big Screen

The team behind the ultra-popular, juggernaut video game franchise Call of Duty seem dead set on taking the global phenomenon to the big screen. Activision Blizzard, the brains behind the Call of Duty franchise, are aiming to turn their video game hit into a motion-wide picture.

Nick van Dyk and Stacey Sher, Activision Blizzard Studio’s co-presidents, will have all the pressure on their backs to pull this monumental task off. From what they have already revealed, this will not be a literal adaptation. In other words, a brand-new story is set to be on its way. As Dyk points out, it will be much broader in scope and work like a Marvel movie would.

With the success that Marvel movies have garnered, it is not a bad idea to emulate their creations. Activision Blizzard would like to create the interconnected universes that go hand-hand with a consistent timeline and some Easter eggs the way that Marvel does, Dyk mentions. 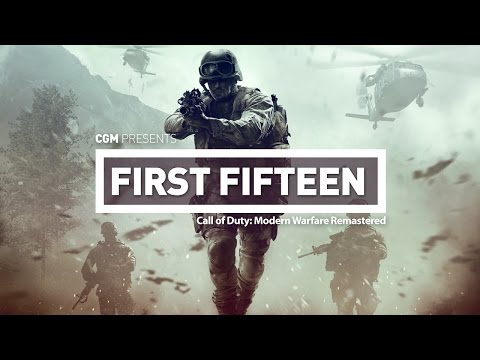 As of now, their team has already begun writing the script and creating the atmosphere in the film. Sher noted how they have already plotted out several years, while also hinting at Black Ops and Modern Warfare-based content.

“There’ll be a film that feels more like Black Ops, the story behind the story. The Modern Warfare series looks at what it’s like to fight a war with the eyes of the world on you,” Sher points out to the Guardian. “And then maybe something that is more of a hybrid, where you are looking at private, covert operations, while a public operation is going on.”

If all the stars fall into the right place, this film could drop in 2018. However, Sher is aware that even if this does happen, they can’t forget to add substance. As Sher states, it, (paraphrasing a little) if they chase the empty blockbuster, but have nothing to say about the genre, the film will fail miserably.