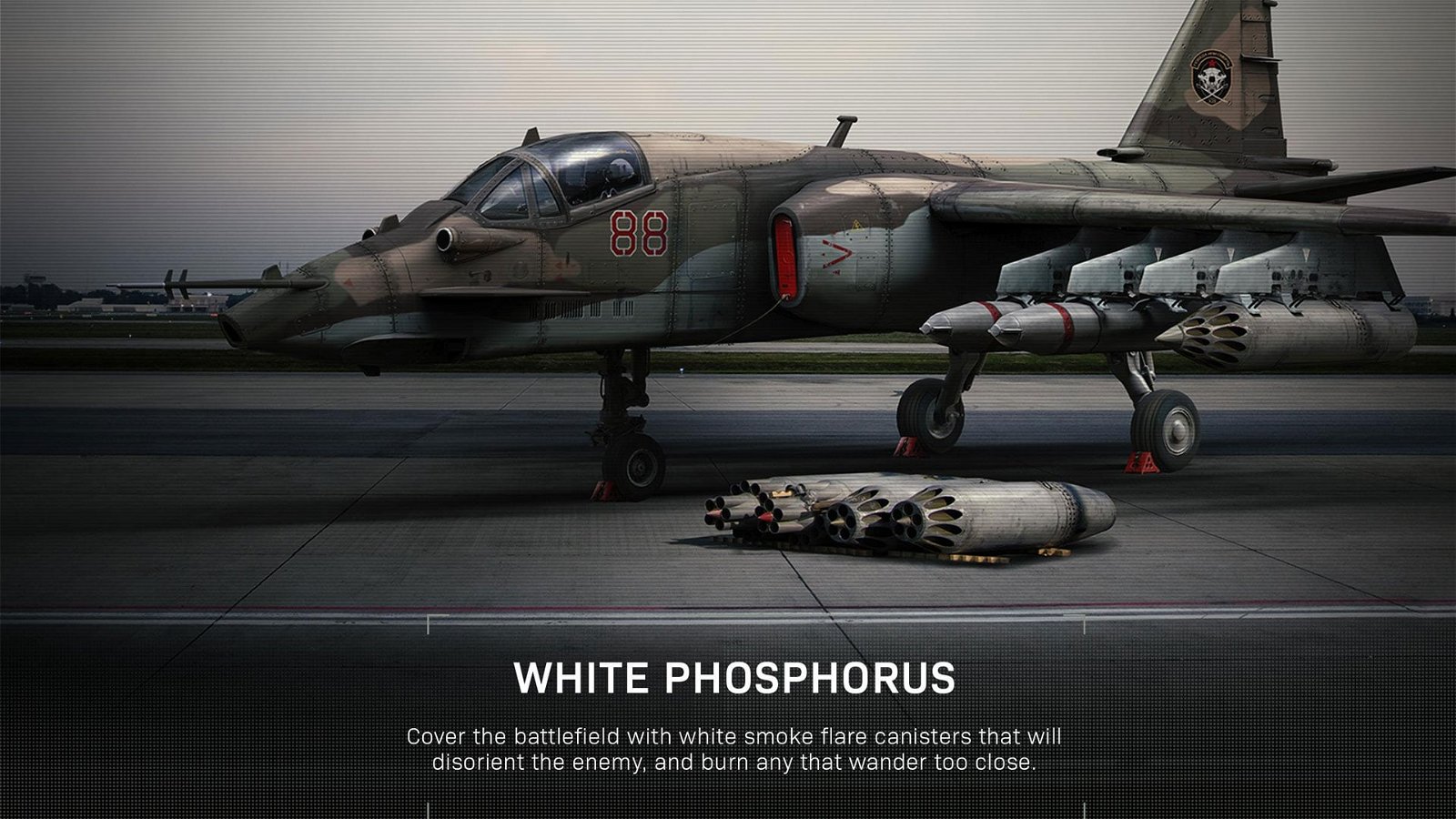 The official Call of Duty Twitter account just broke the news of Call of Duty Modern Warfare’s Killstreak rewards, with some drawing backlash.

It should be noted that the official Twitter account for Call of Duty referred specifically to killstreaks and not skillstreaks — suggesting further rewards and perks associated with the latter are yet to be unveiled. A copy of the Tweet from Call of Duty News can be viewed down below:

Taking a look at the perks themselves, players can look forward to dawning equipment such as the Juggernaut tactical assault gear, an infantry assault tank and what appears to be a new addition, White Phosphorus. The chemical in question, White Phosphorus is taken from the real-life equivalent, which has been used since at least the First World War. Due to the intense smoking nature of White Phosphorus, the compound has been popular in both traditional munitions such as missiles as well as smoke and hand grenades, for their devastating ability to burn and obscure sight. The controversial chemical has been restricted by the United Nations, for use in dense pockets that have a high number of civilians.

Infinity Ward has yet to make any statements regarding their controversial choice in unlockables — although, it must be said that this isn’t the first time Call of Duty has shied away from depicting the use of chemical weapons (despite being toned down).