Animation fans rejoice as cinematic platformer Forgotten Anne is officially coming to PlayStation 4, XBox One and PC on May 16th, 2018.

Developer Through Line Games announced the news in a Twitter post, alongside an all-new trailer for the game. Forgotten Anne is a hand-animated adventure game with light puzzle-platforming elements. It tells the story of Anne, an enforcer who keeps order in a place where misplaced items from the human world end up known as The Forgotten Realm. She is tasked with stopping a rebellion led by her master, while also trying to return to the human world.

The game was originally announced at EGX 2016 through Square Enix Collective which is Square Enix’s crowdfunding initiative. The service serves as a curated platform where creators can post ideas and gamers can choose if the projects become a reality or not. According to Square Enix, it was made in order to “help small teams build awareness of their ideas, and ultimately self-publish.” 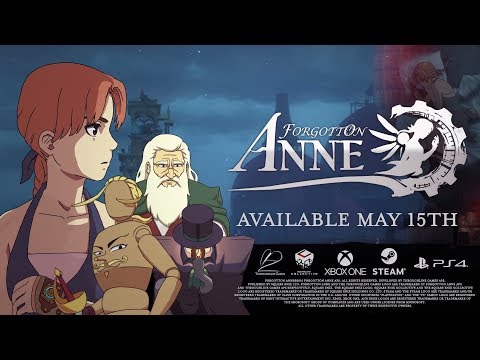 Through Line Games is an independent game publisher that was founded in 2014 and Forgotten Anne marks their first fully released title. That being said, the company’s website says that they have another game currently in development and that more information will be coming soon. You can find Forgotten Anne’s steam page here.

Liked this article and want to read more like it? Check out our Preview of Forgotten Anne’s Gameplay and the Latest Overwatch League Six Pack.