Developed by Zoetrope Interactive and published by Iceberg Interactive, Conarium is a chilling and atmospheric game, inspired by H.P Lovecraft’s novella, ‘At the Mountain of Madness”.The game is set largely after the end of the short story, featuring stunning and haunting visuals created using Unreal Engine 4. 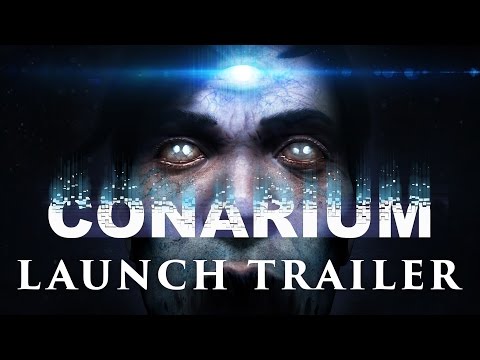 The title’s narrative focuses on four scientists as they take on the challenge of facing what can be considered the limits of nature and human understanding. The game is a tribute to the works of H.P Lovecraft, promising to evoke the same bone chilling and nightmare inducing amazement that works such as Call of Cthulu, did, when it was first published in 1928.

In Conarium, you play as Frank Gilman, who awakes in a strange room, pulsating with sound, with an equally strange and alien device projecting a dance of death on the walls. As you explore your strange surroundings, you soon come to the realization that you are alone on an Antarctic base, located in the South Pole, stranger even, you realize that you died, only to be brought back, somehow changed. As a player, you are tasked to explore the eerily quite and dread filled Antarctic base, known as Upuat, all the whilst avoiding encounters with macabre, cosmic horrors that plague the nightmare-scape around you. Conarium features exploratory level design, shifting the player from the base to more surreal and dreamlike levels, reminiscent of Lovecraftian horror.