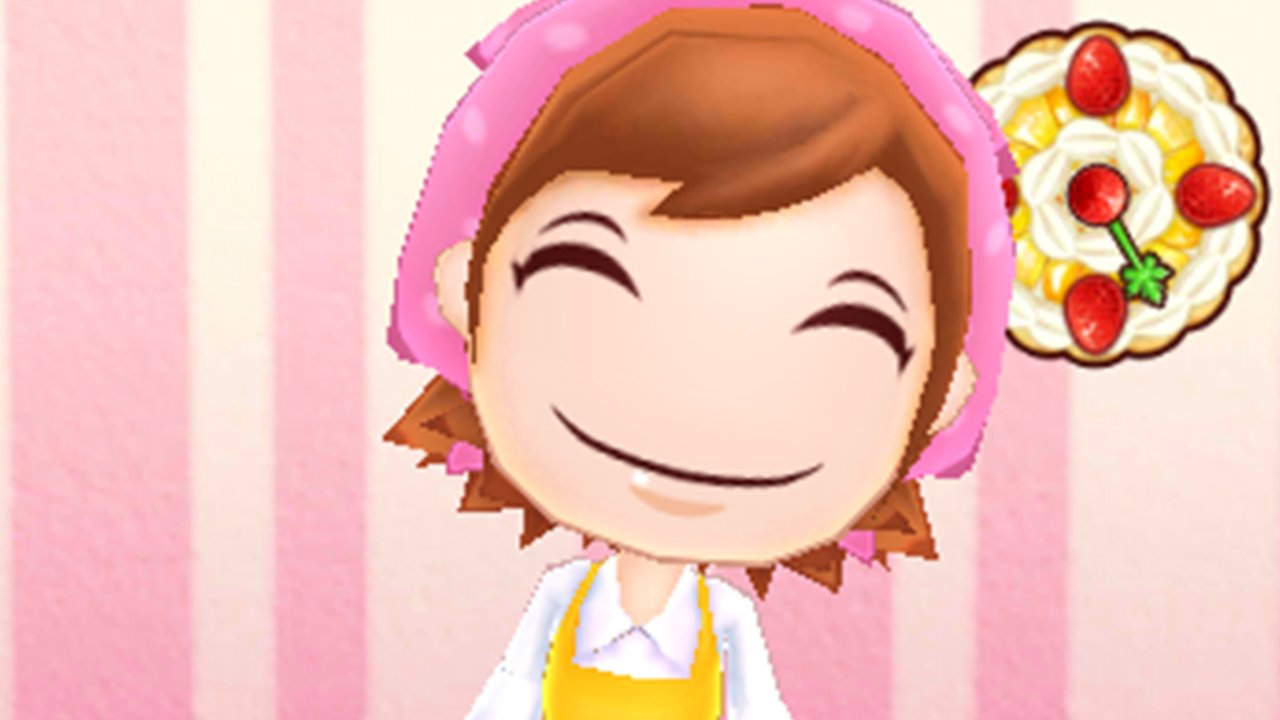 Cooking Mama: Sweet Shop is the latest in the Cooking Mama series, with the focus being on pastries and other desserts. With over 60 different recipes, players will use the stylus as they slice, stir, bake and decorate creations in a variety of 160 different mini-games. Using the Nintendo 3DS microphone, players can blow on their finished delicacies, cooling them off before putting them on display. Players are tasked with running a shop, and serving customers certain dishes to maintain happiness. The more customers are pleased, the more players are able to expand their shop, or trigger special in-game events. Cooking Mama: Sweet Shop features a competitive multiplayer mode of up to four players with the goal of creating the tastiest foods.

Developed by Cooking Mama Limited (formerly known as Office Create), Cooking Mama began its life on the Nintendo DS in 2006. Players would help to cook dishes through a series of mini-games utilizing the touchscreen controls and microphone of the Nintendo DS with their skill being graded afterwards. The game went on to sell over two million copies worldwide by 2008, despite receiving average reviews from critics. Two direct sequels were developed for Cooking Mama also for the Nintendo DS, the fourth and fifth releasing on the Nintendo 3DS. Each sequel expanded on the features found in the first entry, introducing more mini-games and features such as running a shop or buying ingredients. A number of spin-off titles were also developed for the series, applying the same gameplay formula to different activities such as gardening or camping.

In 2008, animal rights group PETA created a flash game titled Cooking Mama: Mama Kills Animals with the intent of parodying and criticizing the franchise for its use of meat-based recipes, encouraging veganism. Cooking Mama Limited later released a statement in response to PETA, ensuring that the game fully supports the humane treatment of animals. PETA stated that group was pleased with the announcement of Gardening Mama.